Ruh-roh, Raggy…A Flame Strike spell looks to have caught some unwanted attention from some nearby sentries.  Will the party fight or flee from this escalating encounter?  Find out today in Episode 151 – Heavy is the Head That Wears the Crayon.

A rash decisions leaves the party surrounded on two fronts with nowhere to hide! 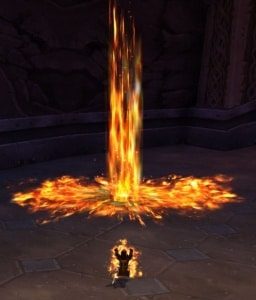