Create a Unique NPC by Giving them a Brand

By Michael Adkins On May 16, 2018 Last updated May 16, 2018
Share TwitterReddItPinterestFacebookEmailPrint

Branding has a long and predominantly dark history all over the world when it comes to their application upon human beings, but they were always intended to tell a story at a glance. Those stories varied from identifying who a person was, who that person belonged to, or what that person had done.

Attributing a brand to your PC or an NPC will raise eyebrows and curiosities. How did they get it?  What does it mean? And as we create our 1000th PC or bump into our 1000th NPC, we’re always looking for quick and unique ways to set them apart from all of the others, so why not try a brand?

As I mentioned at the top of the post, brands were leveraged in a number of nefarious ways throughout history. Its origins likely lie with the practice of slavery; marking persons out as property.  From there it blossomed into a method of torture and later punishment and even as a means of initiation (into manhood, say, or an organization).

In the vast majority of cases, the brand was imposed on an area of the body that was routinely visible.  The forehead, for instance, or often the hands. The point was to expose what the bearer might otherwise try to keep hidden. Chances were fair that if you didn’t already know what the letter or symbol signified, then you were going to ask about it! 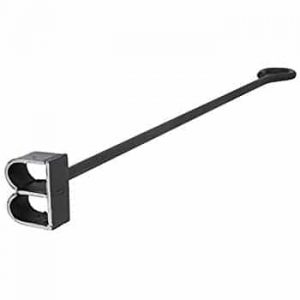 And traditionally the brand was imparted by means of a supremely hot piece of iron. The skin would burn, swell, and bubble in such a way that scarring was inevitable–making the mark permanent.

Single letters were the primary symbol and they stood for all sorts of things:

And many more. Entire words or intricate symbols were difficult to impart cleanly due to inconsistent swelling and healing of the burn.

A Brand’s Use In Your RPG

One of the first characters I ever concocted a backstory for wore a brand. It marked a ninja out as one who had been exiled from his clan and was therefore an enemy to all clans; including his own. The most distinguishing characteristic of his is the brand that runs under his left eye that reads “ronin” in elvish.  Because of its placement, not even the traditional balaclava mask of the ninja obscures it completely, making it difficult for him to conceal.

I tanked all the mystery by revealing the brand’s significance when I read the character’s backstory to the table before the first session. Don’t be like me back then. Be better. Let the brand stand as a point of intrigue and mystery to your character!

When building your PC, sort out the answer to two simple questions:

Those are the bones of a story, for sure.

When using brands on NPCs, you can do all sorts of things: 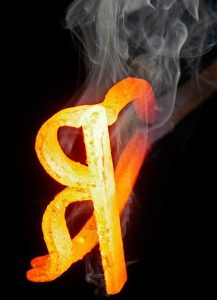 Hopefully you get the idea by now. Brands can be interesting and somewhat exotic narrative vehicles regardless of which side of the DM screen you find yourself on. Try them on for size!  If you do (or if you have!), drop on in to our Character Sheets Facebook Group which is all about RPG discussions and share the story behind the unique NPC with us!

A Few Recommendations for those Ready to Step into Board Gaming