Magic the Gathering: Why I Left and Why I Came Back

Guilds of Ravnica just released. Having been tapped out of Magic: The Gathering for the past few years this caught me pleasantly by surprise. The last time Wizards visited the fabled city plane of Ravnica was six years ago to the day back in Return to Ravnica, which was when I decided to first dabble in planeswalking.

The warm feeling of nostalgia was enough to allure me back to the hobby. Stepping back into the dueling ring, I reflected on why I had fell out of the hobby in the first place and what exactly brought me back to it.

Magic: The Gathering: Why I left

Competition: When I was first into Magic, I was not the most competitive player. While I always wanted to 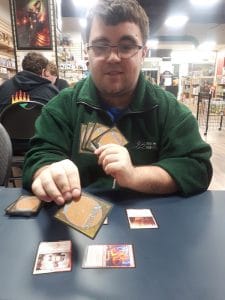 play well, I never really cared if I won or not, nor was I ever keen on spending the money on what was often excessively expensive decks (modernnexus.com lists modern decks averaging to over one thousand dollars).

While I loved Magic playing casually, I was not that committed to the game. Now that wouldn’t be a huge issue for me at all. Everyone has their own level of buy-in for their hobbies, and there’s enough space for any hobby, including Magic, for both casual and dedicated players.

The problem is, there aren’t that many casual players of Magic. Honestly. In my neck of the woods, for every casual player I know (about a handful of a dozen or so), I know at least three times as many hardcore players.

I’ve even had friends who I’ve introduced to Magic, who in the span of a few months miraculously transform from fresh green noobie to grizzled Magic veteran. It is honestly a testament to the pervasiveness of the game. It sucks so many people in, which is great, but sadly me and other casuals are left behind with no way to compete with their level of commitment or the quality of their decks. And trust me, if you try going against a well-crafted deck of a veteran player you will get stomped and eventually that starts getting old.

The Meta: In my golden days of Magic, when a new set was about to release I got excited. Not just “awesome I just found a five dollar bill on the ground” excitement, no I mean this new set is going to be the centre of my entire existence level of excited (this was the one time that I got insanely obssessive about Magic).

I’d pore over the new art, flavour text and devour any form of lore of all the new cards that got spoiled. I’d refresh the page every hour to see what new cards were coming to the fore. I was in my element.

Sadly, whenever I tried to talk to folks about Magic, I’d only hear about whether a card was “playable” or not. Magic has a rich multiverse of Planeswalkers jumping from these magical planes of existence populated with all sorts of crazy shenanigans and most people I knew only cared about the viability of the cards, something that I cared nothing about.

It always felt like it cheapened the entire narrative to reduce cards to simply their in-game mechanics, and after a while that got under my skin.

Magic: The Gathering: Why I came back

The Familiar Lore: I do admit that nostalgia played a factor here, but when I discovered that Magic was going 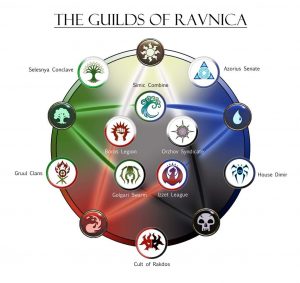 back to Ravnica I was pretty excited.

Ravnica is an entire planescape covered in city, not unlike Coruscant, and is ruled by different Guilds, that represent the different dual-combinations of mana colours in Magic. The setting always intrigued me.

An entire city that doesn’t just encompass a whole world but a whole plane of existence? Super cool. Oh and one of those guilds is ruled by a mad-scientist dragon? Super freaking cool.

What always had drawn me to Magic was to discover their rich cast of characters and quirky settings. While previous sets like Ixalan had pirates and dinosaurs (which is the best combination of things ever), I think it was the familiarity of Ravnica that brought me back. There’s no place like home.

The People: In my experience it’s pretty safe to say that every hobby has their share of bad eggs. There are just some people (and sometimes it’s a lot) who have a toxic attitude towards the game, or the other people who play it. I did have a number of bad experiences in my neck of the woods with players who were unsportsmanlike or sometimes just plain rude.

However, those folks were the minority. The majority of players I’ve encountered had the same passion and joy as I did. We’d laugh together when a game was going horribly wrong to the point that it was downright unfair. We’d grit our teeth during a tense game, shaking hands in mutual respect after a well fought duel.

When I came back to my FLGS after a few years hiatus, the owner told me he missed me and glad I was coming back around. Everyone’s mileage may vary, but I do see Magic as a very welcoming and understanding community, and I never feel unwelcome.

The Game: Magic is fun. Period. I’ve never encountered a game that has such a depth and breadth of strategy to it. It is like chess on steroids, and I am constantly finding new strategies to employ on the dueling field. It is a game that lives and breathes with each new set, and it’s down right amazing.

Magic is a complex game with so many little nooks and crannies you can get lost in it. Like a big old mansion. Or, more aptly, like home.

Getting Started with Magic: The Gathering Arena