Dungeons! and Dragons! and Anime! Oh My!

Anime makes a critical hit with these D&D inspired shows.

With the tabletop revival gaining new strides every day, it would appear that it has also gained the attention of more than just players and podcasters.

Every anime season usually has a dominant theme, and fantasy adventures based on tabletop RPGs have been hinted at, referenced, and even used as the basis for some very touching storytelling within the anime world. Although this may not have been the main theme of past seasons, it has certainly created some exciting shows that are very worthy of your time–and may even give you an idea or two for adventure to take! 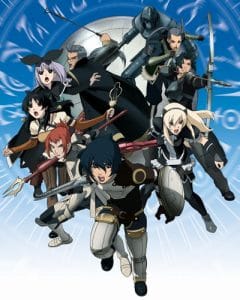 What brings this anime into the realm of TTRPGs is the comparison between the different class systems and combat style fighting. You can tell the creators’ inspiration is taken straight out of the standard styles of combat. They even use similar items, weaponry, and monster loot drop systems. This is a great exhibition of the animated/ TTRPG mesh.

I have been watching anime a lot longer than I’ve been playing tabletop RPGs, but as soon as I decided to write this article it was one of the first that came to mind. The detailed animation style paired with a wonderfully engaging story-line filled with twists and intrigue make this a very binge-able series if you want to get your RPG/anime fix.

If you love a good dungeon crawl, The Tower of Druaga series might be for you!

Is It Wrong to Pick Up Girls in a Dungeon? 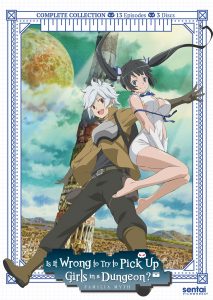 A lot of animes follow the story of the underdog, and Is it Wrong to Pick Up Girls in a Dungeon? is no exception to rule. We pick up on a world filled with gods living alongside mortals. These gods empower their champions and send them into a grand dungeon to collect crystal shards and gain experience by completing tasks which eventually leads to leveling up and gaining new abilities. This series focuses on the main character Bell Cranel and his god Hestia as he strives to become a true hero.

The leveling up system in this anime is almost a direct analogue to the TTRPG world. The god of each house unlocks each ability after a certain level of experience has been reached. Each heroic act gains Bell more abilities; even adding the development of a title for certain epic kills. The system, setting, and enemies all take major creative inspiration from the TTRPGs we all to enjoy.

This anime has some wonderful character development as well as some of the most intense boss fights ever. I would recommend giving it a watch before the second season is released.

If you love leveling up and epic Big Bad fights, Is It Wrong to Pick Up Girls in a Dungeon might be for you!

Grimgar of Fantasy and Ash 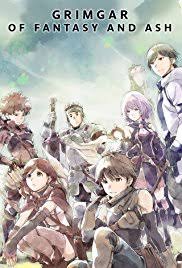 My final submission is Grimgar of Fantasy and Ash. This anime/tabletop RPG mashup is a little bit different as it deals with some novice adventures being introduced into a fantasy world as if they’ve been teleported in but with no memories of their previous lives.  It’s a great look at what it would be like to suddenly find yourself in a fantasy realm. The amount of detail that’s put into the creation of this fantasy world – from the weaponry and armor they have to choose from to the food that they have to purchase and prepare – is incredible. It really shows an understanding of the microcosm of a fantasy RPG.

One of the other ways I believe Grimgar connects to a tabletop RPG is the way it deals with the party unison and character death. Spoiler Warning: One of the main characters dies by episode 4 and this changes the dynamic between the other party members just like it would in any game. The anime has more of a low fantasy feel to it, and the party members have to farm goblins and other lower enemies to get money just to survive and level up – just like an RPG grind! And the stakes for failure are just high as they would be in your fantasy tabletop RPG of choice.

I rather enjoy this one because of the reality of the situation.  I think it brings a more adult feel to this genre without becoming too dark.  If you’re looking for something a bit more serious than silly, this might be the anime on this list to watch.

If you love solid RP (roleplaying) and real danger for your PCs, Grimgar of Fantasy and Ash might be for you!

It’s safe to say that although the theme may not dominate a whole season, anime and tabletop gaming have a strong relationship and I think we can expect many more to populate our viewing queues.

I consider myself a Nerd of all trades, master of none. From video games to tabletop, anime to feature films and written word to comic books I love to discover new things nerdy.
I am always willing to boldly go where I have have never gone before.

Roleplaying Games: 7 Ways to Roll on a Budget!