Understanding the ETTIN: Are two heads better than one?

There is actually a term for the condition of having more than one head: Polycephaly. Being that two heads is seen as a novelty, polycephalic animals often make local news headlines when discovered in nature. For example, a 1929 scientific paper studied the anatomy of a two-headed kitten. In 1894, a two-headed partridge was reported in Boston, Massachusetts, but it is not confirmed if it was found in one pear tree or two.

Other animals with known two-headed occurrences include turtles, cattle, sheep, pigs, cats, dogs, and fish. But the most common polycephalic animal of all is a snake, and being that a snake with one head is scary for most folks, a two-headed snake sounds downright terrifying.

Two-headed farm animals sometimes become the featured creature in a side show. Before its closure, The Venice Beach Freakshow housed the largest collection of living two-headed animals in the world, a sight 20 creatures (and 40 heads) strong. The Ripley’s Believe It Or Not! museum in Gatlinburg, Tennessee, has a collection of preserved two-headed animals. 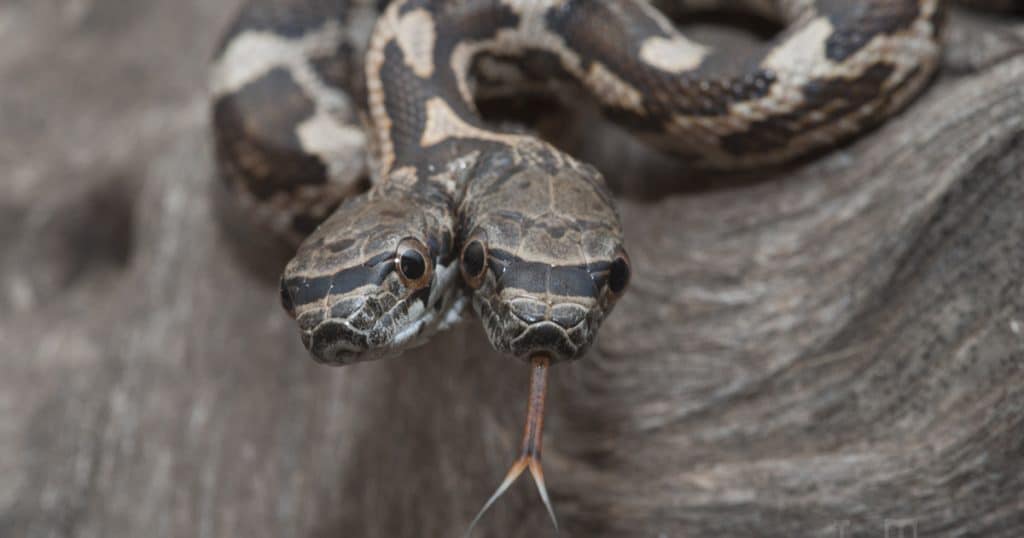 With an estimated 12 adult pairs of conjoined twins across the world today, polycephalics are also found among humans in rare circumstances. Conjoined twins Eng and Chang Bunker were born on May 11, 1811 in Siam, an area that is now called Thailand. At the age of 17 they joined P.T. Barnum’s circus as an exhibition. Their fame led to the term “Siamese twins” being coined to describe conjoined twins.

In 1839 they became American citizens. Four years later they married two sisters Adelaide and Sarah Ann Yates. Chang had 10 children and Eng 11.
After suffering severe bronchitis, Chang died in January 1874 and Eng shortly afterwards. The Eng twins were joined at the chest and, although the knowledge was not available at the time, it would have been possible to separate the twins using today’s medical techniques.

Abby and Brittany Hensel were born in Minnesota in 1990 as conjoined twins. While their bodies are joined, Abby and Brittany have separate heads and one twin will control each half of their body. The twins starred in their own TLC reality show in 2012. 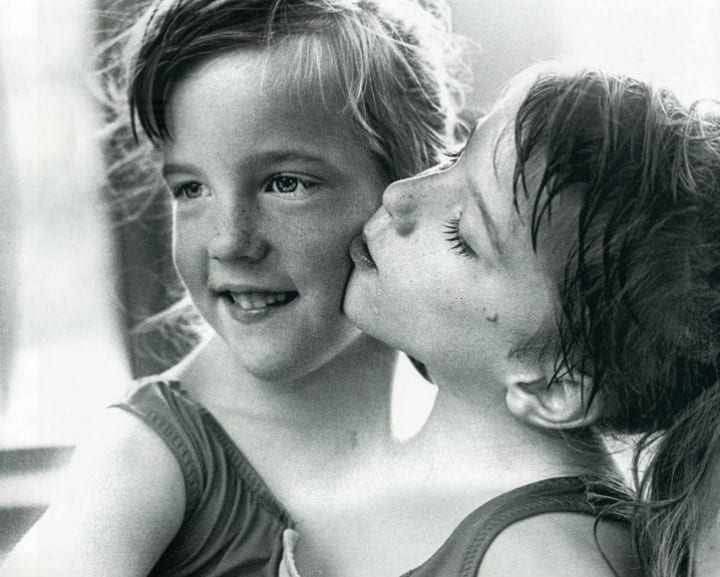 Although they are a part of one body, they can’t feel what is happening on their twin’s side.  The girls have two sets of lungs, two hearts, two stomachs, yet one liver, one large intestine and one reproductive system, so they have used their “twintuition” from a young age to coordinate their body, with Abby controlling the right hand side and Brittany the left.

The twins obviously have no choice but to spend every second of the day together. The twins aren’t always hungry at the same time and one will often fall asleep before the other, but as sisters, they’ve stuck together through everything. That included the same major at college. Now 28, the twins work at a MN elementary school, teaching the 5th grade. 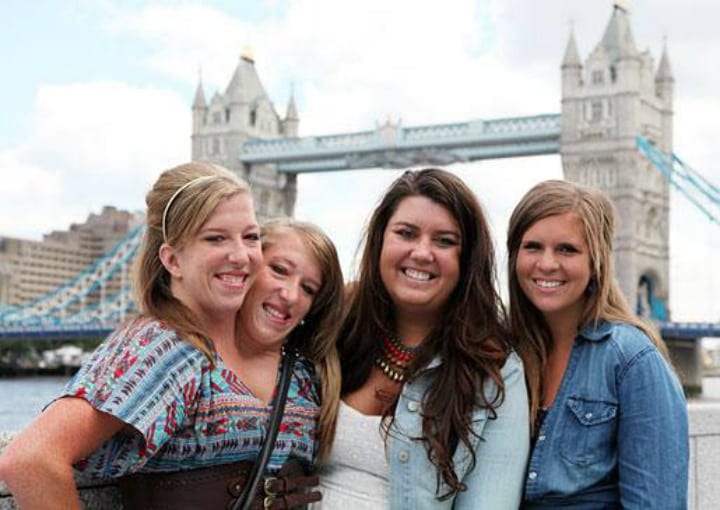 Sadly, humans are psychologically conditioned to be unsettled by things their brains find abnormal and polycephaly is certainly unusual. Yet, stories like Abby and Brittany’s remind us that we shouldn’t be scared of what we don’t understand.

Derived from the Greek words “πολύ” meaning “many” and “κεφάλη” meaning “head,” it’s understandable that polycephalic animals are common in mythology. The hydra is one such example, but another is the ETTIN, a classic creature from old school D&D.

The Ettin first made their appearance in 1977 in the first edition Monster Manual. Described as a nocturnal two-headed giant, the Ettin was thought to be of relation to orcs. They were said to dwell most often in filthy underground lairs, wearing the fantasy equivalent of sweat pants: tattered animal skin loincloths.

They began to make an appearance in adventures, a notable example being an Ettin who served as a beastkeeper in the 3rd dungeon level of the iconic Temple of Elemental Evil.

Their lore was further fleshed out by Ed Greenwood in Dragon Magazine #92 (1984). Greenwood described them as stupid, yet it was noted that Ettins did not argue with themselves, and having two brains gave them a special resistance to some mind-affecting spells. Further, their two heads make them hard to surprise, and let them control their left and right arms separately.

2nd edition D&D described Ettins as having long, stringy unkempt hair and large yellowing teeth, while adding that their smelly lairs were a haven for parasites and vermin, and it isn’t unusual for the Ettins themselves to be infected with those same parasitic diseases.

3rd edition officially made them a sub-type of giants and added the tidbit that they often had two magical necklaces. 4th edition D&D is the one you find in used bookstores. And, somewhere along the line, the idea of the two heads bickering with one another arose, likely due to trying to wring comedy our of their appearance. 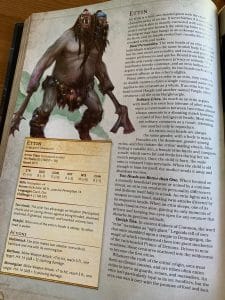 Interestingly, the current 5th edition presents an Ettin as the closest to real-life polycephaly when it describes them as “two individuals trapped in the same brutish body. Each head has its own mind, personality, and name, and possesses unique preferences and quirks.”

Again, humans are psychologically conditioned to be unsettled by things their brains find abnormal. With the unusual nature of polycephaly, it’s understandable that Gary Gygax took what was undoubtedly true-to-life stories like Eng and Chang Bunker, the Siamese twins who traveled with P.T. Barnum, and manipulated the image into monstrous brutes to wander the 3rd level of the Temple of Elemental Evil.

But, I have to tell you, I’m inspired by the story of Abby and Brittany Hensel. If those two young women can work together to teach a classroom of 5th graders, maybe I can be taught something about polycephaly. And who knows? Maybe I’ll spare a thought for the poor Ettins we so mercilessly kill in our D&D campaigns.

Gnome Lore in Dungeons and Dragons: From RPGs to Garden…