Board Game Review: Summon Flowery Souls with Umbra Via!

It’s no surprise that I tend to rate board games based on how well the mechanics tie into the theme. After all, anybody can push cubes around on top of a cardboard slab, but I really want a thematic reason to do so. Umbra Via, designed by Connor Wake and published by Pandasaurus Games, puts mechanics in the forefront, draped in the elegance of a mysterious garden theme.

Umbra Via is what gamers refer to as an “Abstract Strategy” game in the sense that the theme seems innocuous upon first glance. It joins the ranks of other notable games like Azul, Sagrada, and Tiny Towns. At this point, you might go reference BoardGameGeek and notice that these games are rated VERY highly. And, I might add, with good reason!

So, what is it that gives Umbra Via the ability to hang out with the abstract heavy-weights? Let’s take a look!

Umbra Via is played in Rounds, comprised of three Phases:

Once a player has claimed all of their Soul Flowers by scoring points on completed paths, AND they’ve claimed their Soul Tile, we have a winner!

There are plenty of smaller mechanics that influence a player’s control over the results of the Phases above. For example, players may bid with Soul Flowers, which count as 2 votes. However, those Soul Flowers don’t travel with the tile when it is placed on the board, meaning that you won’t get any points for it when a Summoning occurs.

It really is the little things like this that make Umbra Via stand out as mechanically sophisticated. There were so many times reading the rulebook where I paused to think, wow – this makes a lot of sense. I’ll touch on those below.

Staking Our C.L.A.I.M. on Umbra Via 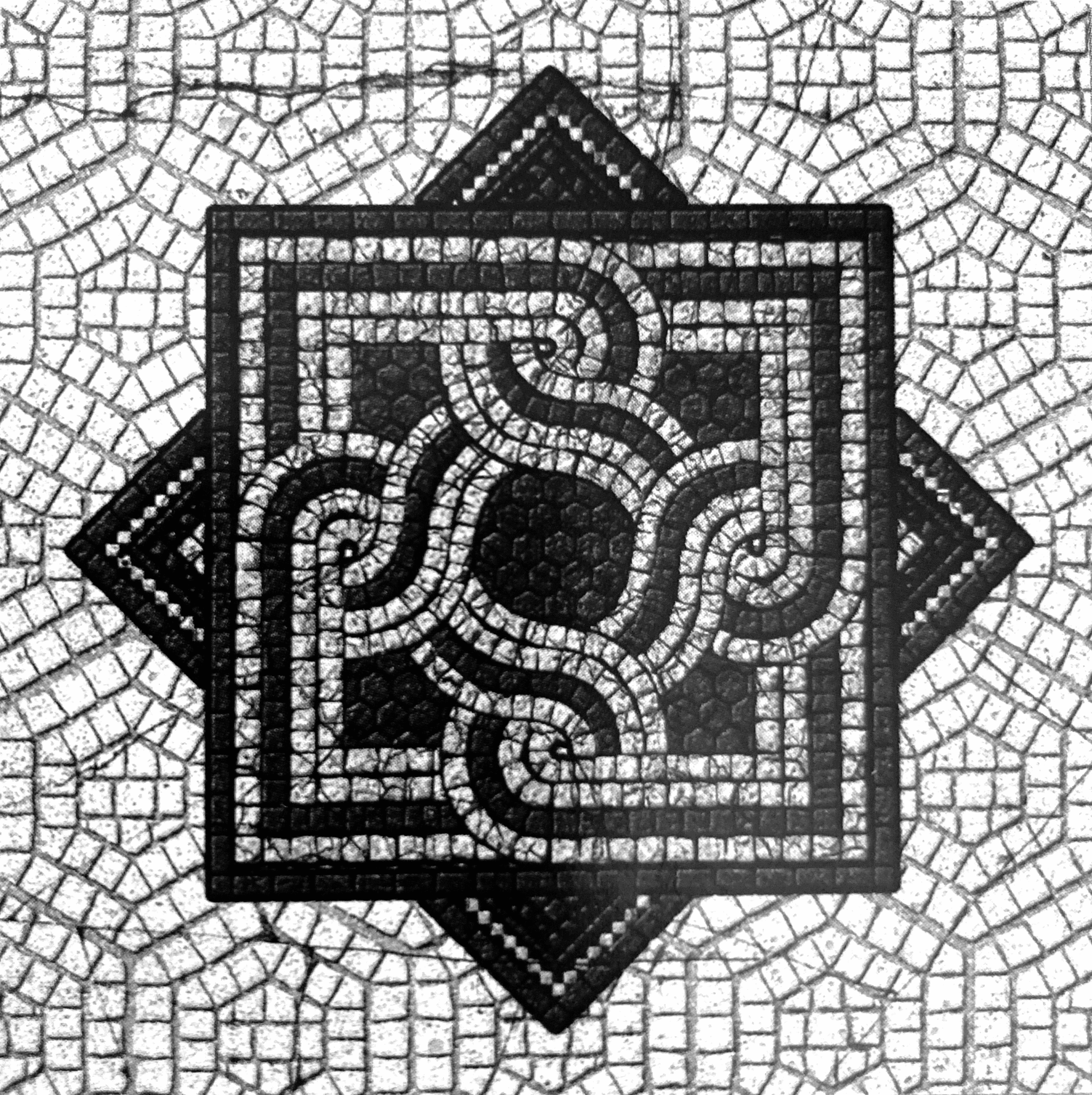 This is a Pandasaurus title, so the components are bound to be top-notch. Umbra Via, being a bidding and tile-placement game, needs to have components that stand up to constant touching and movement. It needs to be sturdy, and hold up to the abuse that goes hand-in-hand with a well-loved game.

I’m very pleased with the thick cardboard tiles, Altar Board, Bidding Boards, Soul Tiles, and Main Board. The thickness makes them easy to grab from across the table, and they have a wonderfully smooth finish over the top.

In a similar fashion, the Energy and Soul Flowers have a great tactile feel. They’re light and wooden, and give off a satisfying natural jingle when you shake them up inside the bright, woven bags. If I had to give the Flowers a knock, it would be that they’re almost a little bit too tiny. Picking them up off the tiles or when packing up the game results in a moment of frustration before just sliding them off the table edge into a palm. It’s a minor thing – I actually really like the Flowers and understand that they have to be sized appropriately to fit on the Path Tiles.

Really my only qualm with the components in general is with the Player Screens. Compared to the other components, the cardstock feels slightly flimsy. However, they do have nice gameplay reminders on the interior, which is really helpful when first learning how the game is played. Some people might argue that the Player Screens should be an inch or two taller, but I didn’t find that to be an issue during our games.

As with most abstract games, Umbra Via has strategy in droves. There are times, especially in the bidding phase, where your mind gets twisted into an unrecognizable pretzels as you try and reason out the potential avenues that your opponents might be taking.

Nearly every bidding phase, you’re presented with a bunch of tactics that you need to weigh and consider:

And then, of course, the actual tile placement is a constant war of attrition. You need to balance out the desire to rank first on a completed path with the possibility of the path becoming too long. Players can take control of a path from out of the blue, meaning that you can’t rely on ANYTHING. If you have a complex plan in your mind, just know that it’ll get thrown out the window in a matter of moments.

This is especially true when playing with a full table of four players. In that scenario, the bidding becomes more chaotic because you can’t possibly juggle and make a play for all of the tiles. But there you go with another strategic choice: is it better to have Flowers on more tiles without getting the control of placing one?

Just like the winding paths that you’ll be creating, your brain is going to be meandering through some mental gymnastics as you develop your own path to victory.

From a design standpoint, the black-and-white style has some beautiful contrast with the eye-popping color of the Flower tokens. You tend to see some really fantastic aesthetic choices in abstract games, because people need something to draw them to the table in the first place.

Umbra Via‘s box art demands attention from its place on the game store shelf. There’s a certain level of mystery created with the bold font and the overwhelming vines that will undoubtedly piqued the curiosity of the common gamer.

A lot of the aesthetics in the game have been maintained since the prototype that won Connor Wake the coveted 2019 Cardboard Edison Award with Umbra Via. The chunkiness of the rough tiles hearkens to a forgotten garden – something altered by man but gradually overtaken by the power of nature.

This game has table presence in the best way. It’s a gorgeous game that deserves its front-face to be displayed for all the world to see.

So, who exactly is the target audience for Umbra Via? Obviously if you’re a fan of some of the abstract games mentioned above, this one is an auto-include in my recommendation list for you. It’s puzzly with layered strategy elements that make it great for people who want to go down certain paths toward victory.

People who enjoy social deduction games would also find something to enjoy in Umbra Via. Because the bidding is split into two separate instances, it makes for an entertaining part of the game where you can bluff your true intentions in the first round before hitting your REAL plan in the second round. This makes it a challenge to read people, but also to throw confusion into the ranks.

It’s definitely a game that plays better with a full complement of four people. Playing with just two and a neutral third player is still enjoyable, but you can’t replicate the intensity that happens when four people are vying over the same tiles on the Altar.

Now let’s briefly talk about Umbra Via and the common misconception that abstract games are always disassociated from theme. The common thought process is that abstract games don’t really NEED a theme. That is to say, you could easily slap another coat of thematic paint over the top and expect the game to play the exact same way.

That’s probably true, to an extent. But, I would also argue that the choice of theme can shape the way that people feel and emotionally respond to the game. For example, Umbra Via‘s theme is centered around uncovering the mysterious secrets of a garden that’s been lost to time. By using words like ‘Soul’, ‘Energy’, ‘Summoning’, and ‘Altar’, it only adds to the suspense and enigma around the theme.

So, although Umbra Via isn’t showcasing something tangible like creating a stained glass window or decorating a palace wall, the theme IS the mystery. We are discovering the secrets of the winding paths as we play, leaving much up to the interpretation and imagination of the players.

You might say that’s an easy or lazy way out, but I feel like there’s an entire story waiting to be told inside the cardboard.

Umbra Via: Secrets, Secrets ARE Fun!

Every bidding reveal is an absolute joy in Umbra Via. It’s really the unknown that makes the game really work, both mechanically and thematically. I can’t possibly use the word elegant again, but I’m going to: Umbra Via is one of the most elegant games I’ve every played.

Your victory points (Soul Flowers) become usable components in bidding, which offers a fresh catch-up mechanic in the sense that increasing the chance of drawing a Soul Flower decreases the chance of scoring on completed paths. There’s a definitive flow of the game that is incredibly satisfying.

Therefore, it should be no surprise that Umbra Via receives an honorary Nerds on Earth Seal of Awesomeness. It’s a must-have abstract game that anybody would be pleased to showcase on their table. Or heck – take it out into that secret garden and play right there amongst the ivy. Who knows what might happen?

You can dig up a copy of Umbra Via for yourself via Amazon here!

Disclosure: Pandasaurus Games provided Nerds on Earth with a copy of Umbra Via in exchange for an honest review.