Marvel Agents of SHIELD: A Recap of Season 1

By Jason Sansbury On May 29, 2014 Last updated Jun 5, 2015
Share TwitterReddItPinterestFacebookEmailPrint

At the start of the 2013-2014 television season, no show had more interest among the nerd community than the ABC television show Marvel’s Agents of S.H.I.E.L.D.  And there are some obvious reasons.  While the superhero and comic book genre has become a dominant force in the world of movies, there had only been moderate success in adapting the genre to television, with the CW’s Arrow (and abs) being the TV adaptation of the DC Universe’s Green Arrow.

So now, after a season, was it a success? A failure?  Something in-between?

The Things That Worked

THE BUILDING OF A TEAM.  Or The Whedon Effect.  When Joss Whedon was hired to direct the first Avengers movie, I breathed a deep sigh of relief.  Because as a Whedon fan, here is what I know: Joss Whedon is all about teams and team dynamics.  From his work in Buffy to Angel to Firefly and, yes, even Dollhouse, Team Whedon gets teams, their dynamics and how to tell a story in and through that.

Now, if we are honest, the early episodes of this season, there was a lot of work being done in establishing, building, and making the team.  And truthfully, the Whedon fan in me had to hold my breath and say “They will make this work.”  And by the end of the season, they have.  Phil Coulson has a team, he is the leader.  The pieces around him work relatively well now in ways that it didn’t early on.

THE MARVEL CINEMATIC UNIVERSE TIE-INS. An interesting part of the SHIELD and Marvel movie relationships to me is how the movies impact the show.  If timetables continue to hold, 2 or 3 times a season there will be opportunities to plant ideas, issues, etc. in SHIELD stemming out of the show.

This season, we saw the impact of Thor: Dark World in a couple episodes in minor ways.  And the Captain America: Winter Soldier had a series altering impact that sets a terrific new course for season 2.

Looking ahead, it will be interesting to see if the premiere of season 2 has a Guardians of the Galaxy tie-in.  (That movie hits box offices in August, with SHIELD likely premiering in September.)

THE CAST AND CHARACTERS. We knew what we were getting from Phil Coulson and you can largely credit Clark Gregg’s portrayal for there even being a series.  I mean, the character was dead and they retconned their way out because of how beloved a character he was to kickstart this series.  He is a good lead and team leader for SHIELD.

The other pieces were honestly slow in getting to the place where the season ended.  Some of that I credit just being a new show and some of it is the writers figuring them out.  Ming-Na Wen’s Melinda May still has some backstory to develop but she is clearly Coulson’s second in command moving forward. 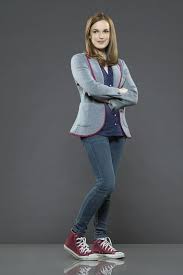 The combination of Fitz and Simmons has been slow to develop but have also produced some great moments of comedy in the show and great dramatic moments as well.  (Fitz handing Simmons the air tank in the finale was one of the best parts.)

Chloe Bennett’s Skye had grown and developed along the arc of the season.  She starts as the unbeliever, not-a-joiner but finds herself sucked into the family of the team, which ultimately is what makes Grant’s betrayal so hard for her to take.  Adding in the pieces of Deathlok (J. August Richards) and some other strong recurring characters, season 2 has some real potential!

The Things That Didn’t Work (Especially Early On)

THE VILLAIN OF THE WEEK EARLY IN THE SEASON.  The struggles in the early part of the season are understandable to me.  If I was in the writer’s room and you gave me the bulk of the Marvel Universe to play with, I would be constantly snagging long forgotten villains for episodes as I wished.  It felt like that was clearly some of the reaction through the first bit of the season.

Team Whedon uses the issue at hand (episode by episode) and the Big Bad (seasonally) well but they stumbled early on.  It made the show feel stilted and a bit too much like a Saturday morning cartoon in a bad way.  Slowly, they got a better hold of the storytelling but early on that criticism was completely warranted.

THE MARVEL UNIVERSE TIE-INS. Okay, so allow me some leeway to contradict myself.  Sometimes the tie-ins felt forced.  The Sif episode doesn’t stand out as a particularly good one other than they wanted to bring that character in.  And it would be extremely interesting to know what their timeline of production schedules was in terms of when did the writers of SHIELD know how much the end of Captain America: Winter Soldier would collapse the root of their show.

Just a fascinating idea and it would make a good timeline article.

THE BIG BAD. The Clairvoyant/John Garrett ultimately becomes a side hustle to the HYDRA plotline.  This makes a great deal of the early episodes feel even worse.

RATINGS. They weren’t great.  It is an interesting thing to think about how much that matters to ABC/Disney.  I cannot imagine it is a terribly expensive show to produce, especially how they have done a great job of limiting powers and their portrayal on television.  But a wise Disney executive would be smart to realize that part of this show is promoting your movies and also trying to give those same movie goers a television fix.  The economics of this may be much, much different than a normal show.

So season 2 will launch in September.  For my next post I offer some thoughts, ideas moving forward for Season 2.

Marvel Agents of SHIELD: A Look Ahead to Season 2

Marvel Strike Force: Is there a Future for MSF? Part 2!

Marvel Strike Force: Is there a Future for MSF?