The 3 Best Sources for Board Game Reviews and Run Throughs

Remember that scene in Return of the Jedi where Obi-Wan says, “Luke, Will Wheaton and TableTop is your only source of modern board game entertainment…”

Yeah, sorry, Obi-Wan but you can’t just Jedi mind trick this nerd! There is a multitude of other sources out there for everybody looking to nerd out a little with designer board games.

Watch it Played is a series of video play throughs for board games that is hosted by Canadian Rodney Smith.

He doesn’t give reviews, and is even quick to state that he won’t even share his favorite games as he fears that will compromise the objectively of his run throughs. The mission of Watch is Played is to show the the rules of a game and then how the game plays.

Later, Rodney and his kids, daughter, Andrea, and son Luke, will then play through the game.  Viewers not only learn how a game is played, but they also get a wonderful sense of if the game might be for them.

Two things immediately pop out when you watch your very first Watch it Played video. The first thing is the demeanor and temperment of the host, Rodney Smith.

Rodney is almost unbelievably nice. Being the cynical city-slicker that I am, it was almost off-putting to me. “How can anyone be this nice?“, I thought to myself. “It must not be genuine; this joker’s trying to trick me into liking him!!!!”

But within seconds I did like him and I realized that Rodney really was as genuinely nice and positive as he appeared. I went quickly from cynicism to wishing that I lived next door to this guy, because we are darned sure need more genuinely nice people in our lives.

Rodney, if you are reading, I say this with full sincerity and without an ounce of cynicism: “Thanks for being a ray of positive sunshine on an often bleak internet. And can we be pals?”

The second thing that pops out about Watch it Played is it’s production values. Nothing matches the million dollar budget of TableTop, but darned if Watch it Played doesn’t look good. Rodney does a bang up job of making the best out of his makeshift basement studio.

I highly recommend it. Not only will it help teach you games, put Watch it Played is a great tool for discovering new games, while being shot with high production values and hosted by a great guy.

Rahdo Runs Through also offers play throughs of modern board games. Rahdo is actually Richard Ham, an ex-video game designer who knows lives with his wife, Jen, on the mediterranean island of Malta.

The immediately recognizable thing about Rahdo is how articulate and intelligent he is. Working without a script, he simply hits ‘record’ and lets it fly, yet it never comes across as fumbling or rambling.

Speaking right into the camera, Rahdo offers a clear, smart take on the board game he’s running through. Sure, he veers off topic at times since he’s working without a script, but it’s typical relevant ands adds flavor, rather than bogging down the video. Additionally, he’s quick to take ownership when he flubs a rule and is genuinely passionate about games.

His filming style lacks any sort of production values whatsoever. In fact, his handheld camera can be pretty shaky at times. But this actually works in his favor! The “distance” between the viewer and the game being played is certainly minimized. You feel like you are right there playing with Rahdo.

Unlike Watch it Played, Rahdo offers his personal thoughts after he runs through a game and his taste and preference in games shines through. 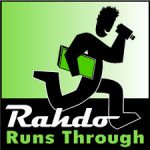 Again, I highly recommend it. While his play throughs aren’t perhaps as detailed or polished as Rodney’s his thoughts on each game are well-informed and genuinely insightful.

The Dice Tower was created by Tom Vasel and he’s largely regarded as being the godfather of online board game media. Vasel has created an impressive lineup of board game related media, from podcasts to reviews to Top 10 lists.

He got his start writing reviews on Board Game Geek, but then realized that video was his preferred medium and has now has about a gazillion* (*not an accurate figure) videos up on YouTube, hosted not only him, but by his growing legion of reviewers as well. No matter how obscure, I bet The Dice Tower has reviewed it. 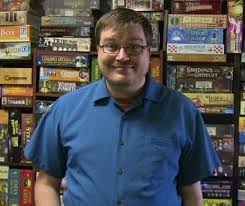 Vasel got really into the hobby while a missionary in Korea. Now his full time job, The Dice Tower is growing at an impressive clip and offers something for every board game nerd, giving them media in whatever form the prefer.

Vasel himself is positive, enthusiastic, genuine. He genuinely loves the hobby and is now excelling by collecting a team of voices, which is most notable in his Board Game Breakfast videos which are posted on Mondays and are quickly becoming his best offering. While Board Game Breakfast is simply a collection of quick, 2-minutes segments from a variety of voices, it offers an entertaining overview by giving news and thoughts from that week in board gaming.

Vasel is also curt, which help give his reviews punch. An example would be “Shut the door.” Since he films in his home, his kids will often open the door in the middle of filming. Vasel never strays off topic for long, nor does he stop filming to restart of make an edit. He simply says firmly, “Shut the door”, then gets on with business. As a result, it’s become a meme.

Sure, this also makes his reviews formulaic, but this is part of what works. Viewers know they can get a brief run through, plus some opinion, and it all comes quick. 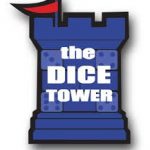 Jesus and the Game of Life: Using Board Games to Get to Heaven