First Look at the Guardians of the Galaxy Movie 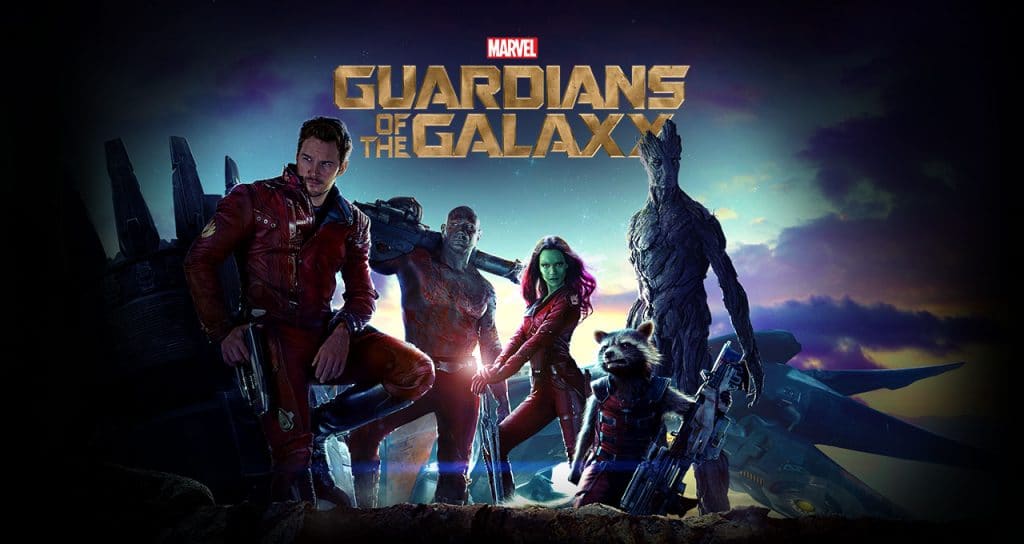 Marvel’s cinematic universe has slowly and steadily been gaining steam over the last few years.  As anyone in the nerd world can tell you, Marvel has built out a movie universe that 12 year olds could formerly only dream of. With the Iron Man, Thor, Hulk, Captain America properties merging to form the Avengers and all being intertwined, it has been a thing of beauty.  (It should be noted that while Marvel is the comic book home to the Fantastic Four, Spider-Man and the X-Men franchise, those films are property of a different company and will likely never interact with the Avengers and the Marvel cinematic world.) But in August, the Marvel cinematic universe drops its first real test: the Guardians of the Galaxy. Here is why it is the first real test for them: the Guardians, while having various levels of success as a comic book, have never been the centerpiece of another piece of entertainment.  All of the previous endeavors of the Marvel cinematic universe have been cartoons, or awful movies or are generic enough that people know who they are.  (I call it the “Mom test”.  If my mom can give you a general rundown on a character, I consider them widely known.  And my mom can’t tell you squat about the Guardians.) Guardians will be a test because of that unknown nature to the wider public, as well as the lack of direct tie-in with the other movies.  Captain America isn’t going into space.  Iron Man isn’t going to show up.  Hulk is still earth bound.  The Guardians are deep in space and out on their own.  And probably will be for the immediate cinematic endeavors, though all signs point to an Avengers/Guardians hootenanny against Thanos, which I am wildly speculating ends with Iron Man sacrificing himself to get Robert Downey Jr. the heroic end (and finality) that he seems to want professionally.  (And personally, bring on a Don Cheadle played War Machine!) —  All of the above I wrote before heading to the theater to watch 17 minutes of IMAX preview of the Guardians of the Galaxy movie.  When the /fim blog mentioned the showings, I took a chance and found the local theater hosting and scored a ticket.  So here are my thoughts after having been to the showing.  (Obviously, spoilers abound!)

1. They showed in essence a few extended scenes, the most notable a prison break that seems to be doing the job of putting the team together.  The action was great, the characterization was excellent and it worked to establish who was who and why they were there.  It is an interesting endeavor versus The Avengers, which had several films to build up to.

2. For the most part, the acting is good. Chris Pratt is an excellent Star-Lord and Zoe Saldana does an excellent brooding Gamora.  Bradley Cooper’s voicing of Rocket Raccoon is interesting because I found him to be unrecognizable.

Which leaves the last two main characters: WWE superstar Dave Bautista playing Drax the Destroyer and the Vin Diesel voiced Groot.  This is going to be highly uncharitable but the Groot character has a gimmick carried over from the comics:  he can only say “I am Groot.” And Diesel proves to be a much better actor than Bautista using just those 3 words.  By far better. 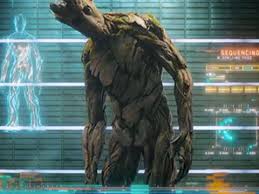 They clearly are trying to use Bautista as comic relief and it barely works in the scenes I saw.  I think there is no danger of a Drax solo movie.

3. The scenes they showed aren’t giving away much of the plot.  We know from other sources that Ronan the Accuser (as an agent of the previously mentioned Thanos) features as the main bad guy but there is very little of him in the movie.  To set the stage for a battle of epic consequence, there has to be a whole lot of work in the remaining scenes.

— All in all,  nothing I saw dissuaded me from thinking this could be a great movie.  Obviously, the set-up needs to be done well.  The scenes I saw demonstrated that they seem to have a good scene to pull the team together. There is still a lot of work to set up the crisis that the Guardians are needed to solve but the potential is there and I am excited about the possibilities!

The Death of the Marvel Cinematic Universe is Greatly Exaggerated

The Marvel Cinematic Universe Isn’t Always Cinematic: What Marvel is Giving Us…