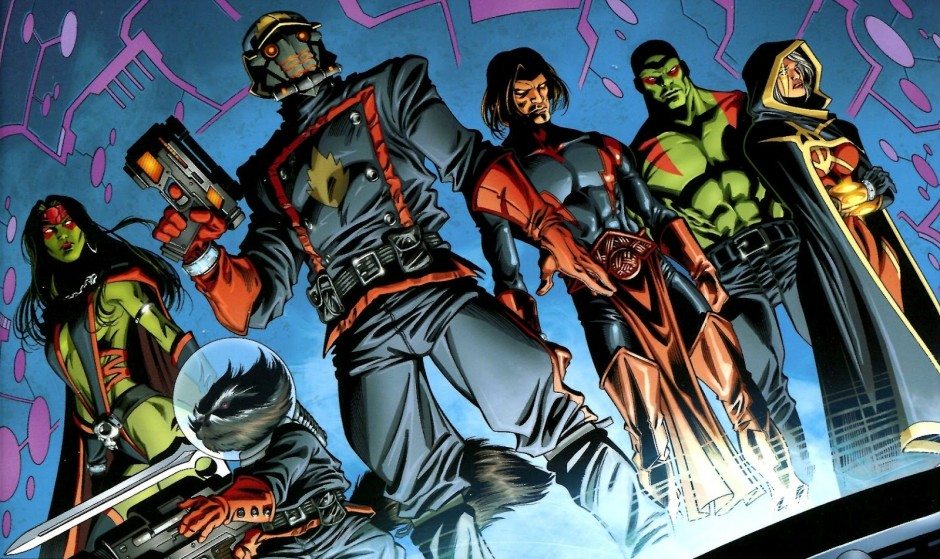 As the whole world is abuzz about the movie The Guardians of the Galaxy, it is worth taking the time to track down and read the material that inspired the bulk of the movie.

In 2008, Marvel Comics made the steps to revitalize the cosmic part of their universe.  In the Annihilation storyline, the farther out space part of the Marvel universe came alive and it was continued into the follow-up Annihilation: Conquest.  (For my money, Annihilation: Conquest would be an amazingly interesting storyline to adapt for the upcoming Avengers-Guardians team-up movie.  Spoiler alert: the main villain of the series: Ultron!)

Out of that storyline, creators Dan Abnett and Andy Landing created the Guardians of the Galaxy series that served as the basis for the movie.  (When they were a team, fans of Abnett and Landing frequently referred to them as DNA, which is why you frequently see this run of comics talked about as the DNA run of Guardians.)

Guardians had existed before but in nothing like the form you see in the movies.  There is an interesting plotline in the DNA story where the current team meets the team from the future, which is really the “first” Guardians.  (Comics and timeline confusion are the best! Trust me, if you read the story, it isn’t nearly as confusing.)

The run has a larger cast, that would have been unwieldy in the film but that works well in the series.

In addition to the characters you see in the film, you have the additions of:

DNA do some remarkable storytelling and I can’t recommend the run enough. 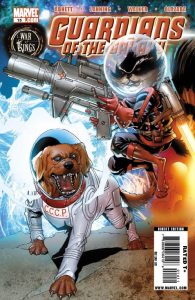 Here are some of the notable parts of the run:

The DNA run of Guardians is currently on the Marvel Unlimited app, as well as available for purchase on Comixology and in a collected trade which was recently released.

Marvel Strike Force: Left to Your Own Resources