One of my loves is survival methodology.  There are few things that challenge me more than heading into the wilderness with minimal supplies and making due.  I have practice with all sorts of skills:  Starting a fire without aids, fashioning tools and weapons, setting traps, foraging, shelter crafting, wild animal food prep…Over the years I have built up quite a collection of very cool and often very sharp tools with the goal of one day marching into the woods with naught but a knife and thriving.  One of the most prized accolades I receive from others is the honor of being the first person they would come to in the event of a zombie apocalypse.

Why do I tell you this?  Because I felt the need to firmly establish my manhood before posting my review of Viva Piñata: Trouble in Paradise, that’s why!

Viva Piñata: TIP is a game built upon the micromanagement of an ever-increasing parcel of land to attract wild piñatas with the end goals of establishing them as residents, achieving 100% “candiosity” (their term, not mine), and shipping them off to all corners of the world for a host of celebratory gatherings.

A number of variables within your garden determine which piñatas will call it home; everything from ground type (sand, snow, water, grass) to the types of flowers to the presence of “prey” piñatas (for alluring the “predator” piñatas, of course).  Equipped with a spade, a watering can, some seed packets, and chocolate coins (the game’s currency), you work to cater your garden’s appeal to the prospective piñata residents.  You can also trap piñatas in locales away from your garden and import them.

You’re also able to breed the piñatas (which culminates in a sort of dance-off between the two lovers in lieu of anything even PG rated).  I did this once, and swore it off forever for creep-factor reasons.  Just didn’t feel right to me to have the piñata stork (couldn’t find a pic of this stork, but I swear I’m not making any of this up!) drop of a…um…baby piñata and then ship that kid right off to little Johnny’s birthday to suffer the fate of all piñatas. 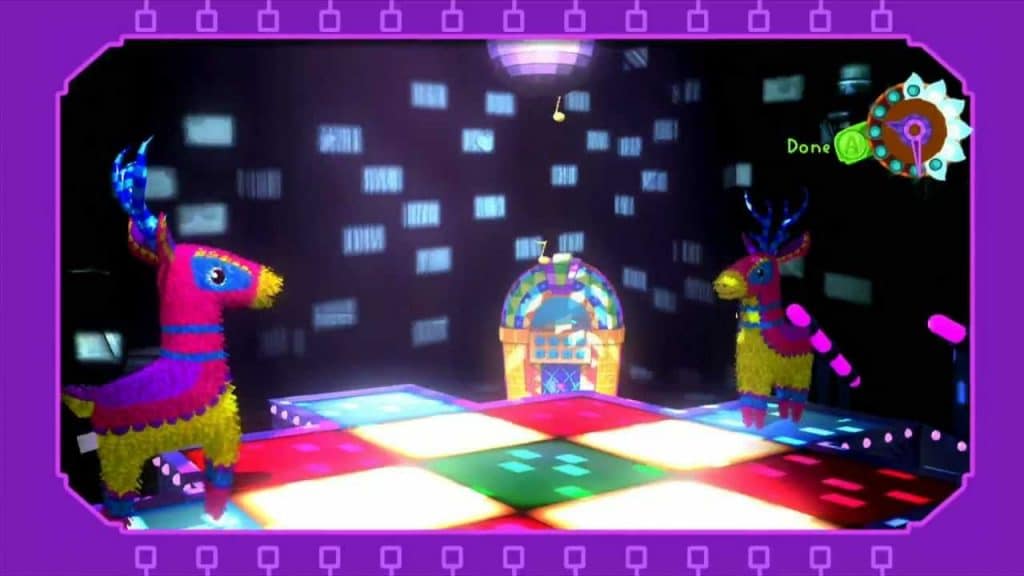 During your cultivating, candiosity-increasing, and piñata baby-making, you have to protect your investments from a cadre of ne’er-do-wells bent on sabotage.  Some can be warded off with totems, other can be beaten to bursting their candy guts, and others must be bribed.  Left unchecked, they wreak havoc on the flora and fauna of your garden. 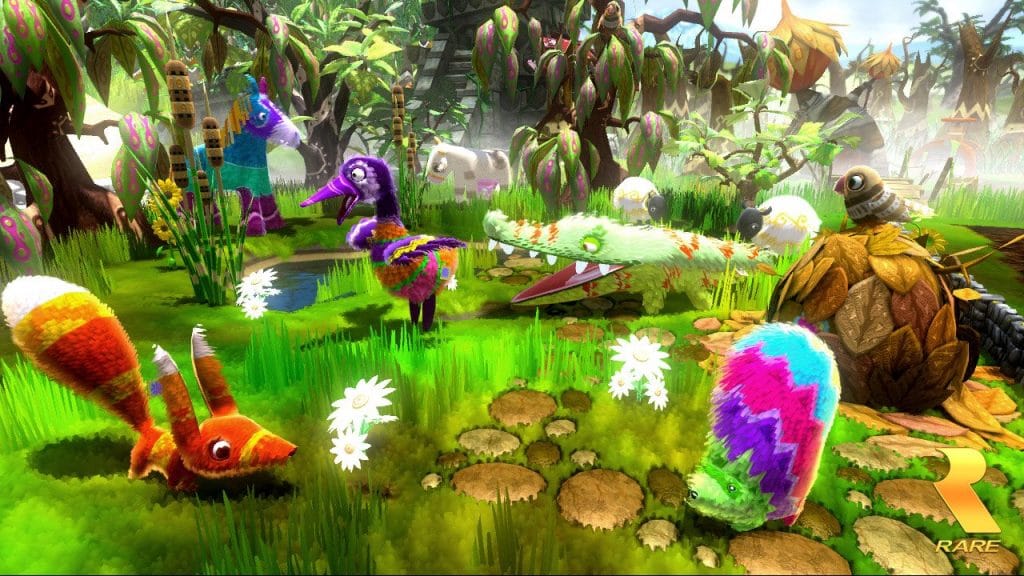 I lie well outside of what I believe Viva Piñata: Trouble in Paradise‘s target market to be, but I will credit it as entertaining nonetheless…at least to a point.  I read elsewhere online that the game offers 100+ hours of content, and I can’t imagine investing any more than I have already, personally.  The game is simple enough for elementary students to pick up, accomplish the tasks, and enjoy, so if you have kids in that demographic, I’d snatch this family friendly game up while its free!  If that 100+ hour fact is true, thats a whole lot of safe entertainment for your littlest loved ones.

As a grown (and as previously established very manly) man, I give it 4 out of 8 nerds.

But this game may totally be up your alley, and I respect that.