While playing Dokkan Battle, do yourself a favor and heed the following tips.  Some of them are not explained by any tutorial during play!

Pay Attention To Colors!  Each character card is colored red, green, blue, orange, or purple and the colors matter tremendously for two reasons:

1) Each is stronger against one and weaker against another.  During battle, you can manipulate the 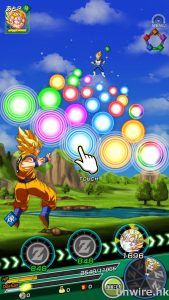 fighting order of your team in relation to the attack order of your enemy.  Have two blue baddies set to attack a single one of your charcters?  Don’t let them pop your red character for bonus damage!  Instead, set your green fighter in that position to minimize the damage done to your HP.

You can also (and totally should) pay attention to which of your enemies you are attacking.  By default you will target the leftmost enemy, but your current character might have a damage bonus against another of the enemies in the lineup.  Simply tap on the enemy you’d like your current fighter to attack to change that.  You don’t have to fight from left to right!  The color advantages are shown in the top right corner during battle.

2) You benefit when collecting ki of the same color as your fighter.  When a blue character collects blue ki, they earn double the ki; boosting their attack power and leading to more super attacks.  Your HP also recharges a small amount when same-colored ki is collected, and every hit point counts!

Your Leader Matters.  Each character card has a Leader Skill slot that you can read by tapping TEAM then CHARACTER LIST and selecting a card.  Not all cards have a Leader Skill!  Find the skill you think serves your team and/or playing style best and elect that character leader to reap whatever the benefit might be.

Match Characters to Gain Boosts.  This is where a knowledge of Dragon Ball history and lore comes in handy!  Certain characters boost one another when placed adjacent in battle order granting boosts to offense and/or defense, so play around and figure them out if you aren’t familiar with the franchise…but be wary of choosing a boost at the cost of a color advantage or disadvantage!

Summon and Train Often.  You are awarded a Dragon Stone for each completed quest; once per level.  Meaning that if you play A Gloomy Parallel World: Pursuing Mercenary Tao on Normal for a second time, you will not receive another Dragon Stone.  However, if you beat it on Hard or again on Z-Hard, you can net yourself another Dragon Stone per difficulty level.  Dragon Stones are used to summon a random character card that will be Rare (R) or better (SR or SSR).  As soon as you have five Dragon Stones, pull that trigger!  You never know when you might earn yourself a powerful addition to your team.

You also earn Friend Points by adding a 7th character to your team that belongs to another Dokkan player.  It is like having a character on loan, and it is an option available to you before each level.  Do it.  There’s no reason not to.  Friend Points accumulate over time and allow you to summon from another pool of cards with a MUCH lower chance of scoring a R or higher card (though there is a chance!).  Most of the cards you gain by this method as well as during gameplay will be sacrificed in Training to level your main characters up.

(BTW: You can request those “loan characters” to become your friend and/or accept friend requests.  When you use one of these friends in battle, you get double the Friend Points, so be friendly!)

Collecting the Dragon Balls.  From the main menu, click on the little circular button labelled SHENRON to access the page showcasing your current dragon balls.  Click on any that are grayed out to discover which levels they appear in!  For the most part they are staged behind a boss, so take note of how many spaces you’ll need to move in order to land on it early and save that number at all costs to net that ball. 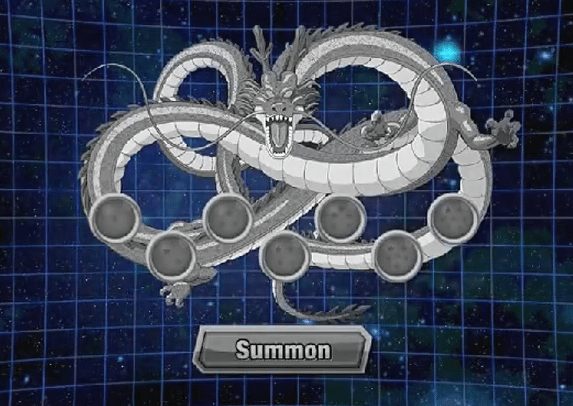 You can collect the set of seven balls four times, each time granting you one of the following wishes:

1) I want more allies!  In my opinion, this should be your first wish so you increase your odds of stacking your team early.  It grants you ten Dragon Stones and more space for character cards to be store for training purposes and team building.

2) I want a bunch of items!  Grab this one second as it grants you access to different training locations that can significantly boost XP gains for your characters allowing them to level higher earlier.

3) I want a stronger team!  By the time you collect the third set of dragon balls, you’ll be ready for all that this wish grants:  a) A ton of Awakening Medals which are used to increase your character’s stats beyond that afforded by leveling, and b) it increases your Team Cost, allowing you to have more R/SR/SSR characters in play at once.

4) I want help in battle!  By this point, you’ll be tackling some of the tougher difficulty levels and could use some extra Support Items, so rake them in with this final wish.

Choose Your Path Wisely.  The last thing I would say is move about the board with intentionality.  Count your spaces and strategize!  Some fights are mandatory (they are marked with a stop sign), but others are not.  While engaging in those fights nets you valuable XP, they can also lower your HP and hinder your efforts against the boss.  Aim for the ki boosts as often as you can and keep an eye out for bronze, silver, and gold Capsule Corp capsules which contain increasing rare items.  And, of course, avoid the red target spaces as best you can, as they will dock your HP.  The question mark spots will either boost your ki, net you some Zeni, grant you an item, or knock you for some damage, so gamble with them at your own risk.

Now take it to the bad guys with maximum efficiency, and may the odds be ever in your favor when it comes to Summons!

When a Nerd Moves to A New City