By Clave Jones On Oct 8, 2015 Last updated May 10, 2016
Share TwitterReddItPinterestFacebookEmailPrint

Yet, that won’t stop me from trying! In fact, I’m about to predict the storyline that D&D will release in early 2016.

Alas, I’m not an oracle. I’ll simply be using research and journalism, with a dash of reading-between-the-lines thrown in. And maybe that’s not as sexy as sooth-saying, but a little old fashioned research and detective work can uncover a lot.

So let the speculation begin! Here is my prediction for the 2016 storyline for D&D.

First, Chris Perkins appeared at a 2014 Gamehole Con and intimated that the story after Out of the Abyss would be based on giants and would use a Shakespearean as a spark.

Allusions to a giants based story influenced by a Shakespearean play.

Out of the Abyss used Alice in Wonderland as a spark and it is widely discussed how well that turned out. With that in mind, I can certainly see how Shakespeare could brilliantly provide a framework for a wonderfully compelling story that stars giants. What Shakespearean story? Heck if I know. 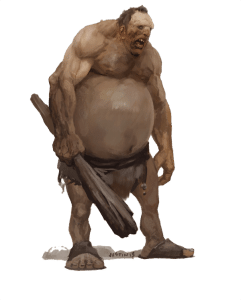 This is important because the D&D 5e storyline in 2016 will most certainly be set in the Forgotten Realms. Like it or not, the D&D team is committed to that setting for their storylines, which is understandable considering the business sense that it makes to connect their pen and paper game with their video game franchises.

Besides, the D&D team has shown that rather than flood the market with published 5e campaign settings, they want to give DMs tools to make their own settings or to lift the stories and set them into establishes settings like Eberron. Never has this been more evident than in Out of the Abyss, which was a campaign setting book we didn’t know we were getting. 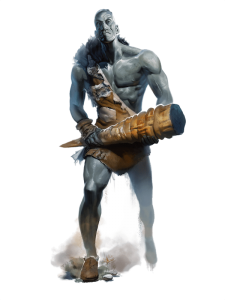 So before we speculate further, let’s review what we have sleuthed thus far:

Gosh, this fortune-telling stuff is easy, so let’s press it further!

I’m going to quote the WOTC forums (RIP) that quoted me!

From 1976-1979, Dungeons and Dragons published some of the most iconic stories of giants, each of which were set in the World of Greyhawk.  Against the Giants contained three adventures: Steading of the Hill Giant Chief, Glacial Rift of the Frost Giant Jarl, and Hall of the Fire Giant King.

I wrote that last year and although I no longer believe the early 2016 D&D storyline will be set in Greyhawk, I still believe that the classic adventures listed above will be remixed for today. I don’t know if the story will be set in the Greypeak Mountains or the Earthspur Mountains or where, but I do suspect they’ll set the story in an area much like the Sumber Hills…overlooked, but ripe for adventuring.

Steading of the Hill Giant Chief became the first adventure module published by TSR in 1978. The current D&D 5e creative team is developing clear patterns, one of them being a deep respect for the old school D&D modules and a willingness to reimagine them for a contemporary audience.

But Paizo has just recently published a Pathfinder Adventure Path featuring giants you might argue. Yeah, but so what? The Giantslayer Adventure Path for Pathfinder is excellent, but despite their considerable girth, there is room for more than one hill giant at the gaming table.

Besides, the current storyline, Out of the Abyss, features demons, which is something featured by Pathfinder currently and things are going just fine for both franchises. Remember, it’s more important to be effective than original, and classic creatures like giants are undeniable fan-favorites, being well-suited for D&D’s video game and novel franchises. In short, we are nowhere close to peak giant. 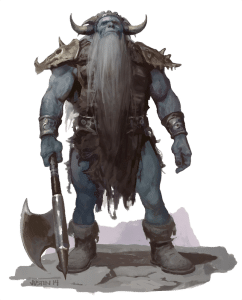 D&D 2016 story announcement will be upon us before we know it, so we’ll see if I have any magical powers of divination. But I feel confident in how I’ve interpreted the clues I had. So confident, that I’m going to make a bonus pick for the late 2016 storyline!

Chris Perkins has stated repeated that he has a 2016 product that he is extremely proud of. I also feel very confident that he’s been working some of his original writings into a storyline.

I think in late 2016 we’ll see a pirate-themed D&D 5e storyline that is loosely inspired by Chris Perkins’ Iomandra that he wrote about in his old dungeon mastering column. Now this is entirely south-saying, but I feel really good about it. Well, at least I think I’ve read the tea leaves correctly.

Thanks as always for reading. If you’ve enjoyed Nerds on Earth, please help us spread the word by using the social media buttons located all around the site.