When I was researching to create a list of the greatest vampires of all time, I found that there have been approximately 143,547,812 vampires who have appeared on televisions or in movies. Needless to say, it was difficult to cut the list down to 7.

But this isn’t a Montessori website, there aren’t any ribbons for 17th place. Only the 7 greatest vampires of all time make the cut, meaning that many deserving vampires got cut (Sorry Blacula. You are #8 in my [points to heart]).

[divider]7 Greatest Vampires of All Time[/divider] 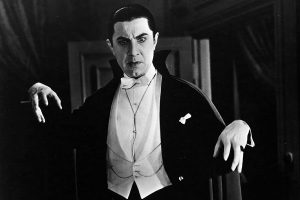 In 1931 Bela Lugosi starred in Dracula and in one turn at playing the role he solidified so many of quintessential aspects of how we visualize Dracula: the cowl, the coffin, the slicked back hair, and not least, the thick, heavy accent that gave us the slow delivery of lines (“I vvont…to drink…your blood….”).

And before we go on to other great vampires, let’s not forget the story beats that Bela Lugosi popularized in our culture:

With Bela Lugosi a legend was born.

6. Dracula (Christopher Lee) – Horror of Dracula and a dozen more. 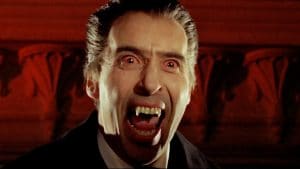 Before he was Count Dooku, Christopher Lee was Count Dracula and he took the role to such new heights that he made Lugosi look like an understudy. Sure, Christopher Lee built off of popular beats first seen from Lugosi, but no one questions that it was Lee who became the definitive old school Dracula.

At 6’4″ Lee was physically imposing and used body language and sparse dialogue as he hissed and sneered, creating and sense of menace and monster.

Outside of a silly incident where he fell into a grave on set while carrying and actress around, Christopher Lee was the one who first made us truly fear Dracula. 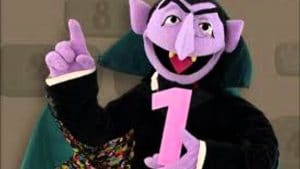 Now that we’ve established the monster, let’s take a step back for a moment and recognize the other ways that Dracula has made his way into pop culture. And apologies to Grandpa from the Munsters, but it is Count von Count who best exemplifies that the character can be light-hearted as well.

Sure, it’s hard to picture Count von Count as among the greatest vampires of all time, but it’s equally hard to picture having no representation for the playful ways that vampires have invaded our culture. Around since 1972, Count von Count is the reason that kids know how to count to 10, while also letting us know that it’s OK to let out a slow, deliberate laugh after every number. “AH! AH! AH!”

(Interestingly, one of the lesser known myths about vampires is that they are, in fact, obsessive compulsively obsessed with with counting. This was demonstrated once by Mulder in a brilliant X-Files episode where he tried to distract a vampire using sunflower seeds.) 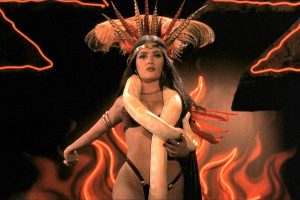 As much as it is important to recognize that vampires have also invaded our culture in innocuous ways, it’s foolish not to recognize that the past couple of decades has focused on the sex appeal of vampires. And it was largely Salma Hayak who ushered in that trend. 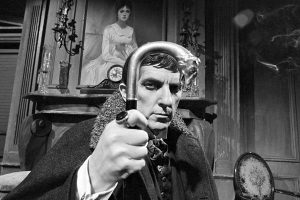 As much as Salma Hayak helped to usher in the sex appeal of vampires, it was the Barnabas Collins character from Dark Shadows that helped usher in the sympathetic vampire, a trope that certainly persists to this day.

In keeping the classic look of Lee and Lugosi, Collins sported a black onyx signet ring, a double-breasted suit, and a silver-handled wolf’s head cane. He also sported the same danger and bloodlust.

But then there was another side as well, a kind of kindness, an element that has been picked up and threaded in most vampires since. It was a seductive mix of both danger and an attempt to mind his manners. 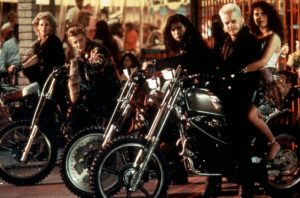 But before vampires could fully latch on to that sympathetic thread and star in Young Adult novels everywhere, that had one bastion of pure unabashed hedonism in the character David, played by Keifer Sutherland in Lost Boys.

There was no way that Keifer Sutherland was going to settle down in the suburbs and drive a Volvo. No, he was motorcycles, thrill-seeking, and self-indulgence, mainly in using his powers of suggestion on young damsels.

And while the character injected the self-gratuitous fun back into vampires, it also injected something else into the psyche of popular culture, which was the idea that a bleached hair bad boy teen vampire is cool. Without that, we might have never had #1 on our list. 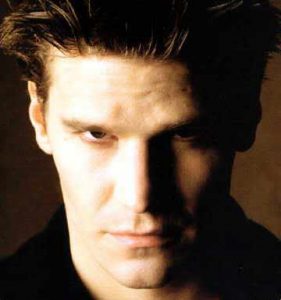 Because I’m a cheating cheater who cheats, I’m using one spot to list two vampires, mainly how would you choose between Angel or Spike?

Angel had that lovestruck, moping, shadow-lurking, agonized, sulky, pathetic, in need of a hug, sympathetic  vampire down cold. No vampire on screen has ever done it better.

Angel was a vampire with a soul, a brilliant schtick that opened up innumerable story opportunities, all of which David Boreanez took advantage of.

Likewise, there was Spike, but much less mopey and much more bad boy. In contrast to Angel, Spike’s personality remains the same, soul or not, but underneath it all, Spike loves deeply and earnestly in a way that was very human. 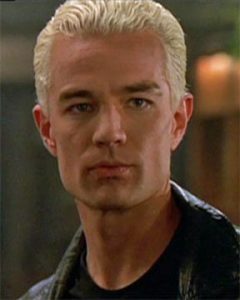 In fact, as much as it is difficult to place Spike or Angel above one another, it’s worth noting that the other vampires from both Buffy the Vampire Slayer (and later Angel) – Drusilla, Darla, Harmony – could have made this list as well, proof that those characters now stand as the quintessential take on vampires in popular culture. I’m good with that.

Thanks for reading. If you’ve enjoyed Nerds on Earth, please help us spread the word by using the social media buttons located around the site.