We’ve all heard the phrase, “the book is waaaaayyyy better.”  Heck, we’ve all probably said it once or twice. I certainly have.

I love a good book, and am always pleased when a movie “didn’t completely ruin the story.”  A few of my favorite movie adaptations of books: The Giver, Friday Night Lights (also a terrific TV show, but does not follow the same characters), and Moneyball.  Even with these few offerings, I generally do not have high expectations for movies in the storyline department—hence my constant dissing of Michael Bay.

Just the other night, however, a friend of mine who loves all things books, movies, television, and the like exclaimed that we are in the golden age of film and television. It took me aback a bit because I generally respect this particular friend’s opinion on such matters, so I started thinking of movies, TV shows, and the books that inspired him.

There are, of course, the slew of tweensy dystopian sagas which can certainly be hit or miss. But there is the stellar drama The Walking Dead, which is based off of comic books. And very soon cometh the Martian, which is all the rage right now.  I am 300th in line for my copy of the book at my local library. 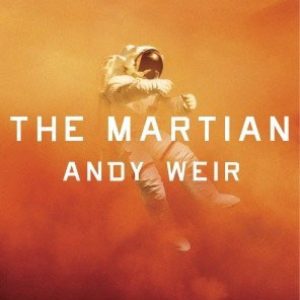 In fact, that conversation started because I asked what people know about Martian.  I assumed that it was the cinematic version of the book.  It is, and I was assured by my friend—who is a teacher—that the science teachers at his school marveled at the scientific basis for the novel.  This online review would agree.  My teacher friend said the same about Interstellar.  So now I am really excited to check out these offerings after I finish both books, and although I am a little backed up in the reading department currently, I have a lot to look forward to.

I also started to think specifically about The Hunger Games series.  Truth be told, when it comes to the Mockingjay (third book of the trilogy), I think the two part movie will be better than the original literary form, though that isn’t exactly saying much as the third book was a mess of science fiction gore.

Part 1 of the Mockingjay movie, on the other hand, was terrific and as long as they can drive it home without going crazy on the final battle, I think they will have accomplished what movies rarely do: surpassing the literary versions!

Some modern movies like Hunger Games are doing some very good things to set themselves up for success.

But not all book to movie adaptations are doing this well. But even admitting we cherry pick examples, could this still mean we might actually be in a golden age of film where special effects and storyline meet to create the ultimate entertainment value for your buck?  Judging by the Rotten Tomatoes scores of books turned film, I think not quite yet:

However, I think we are getting there.  We can look at a few of this Summer’s blockbuster movies and their scores and see that we are getting closer to good story telling.

Sorry, I had to add Fantastic Four to this list; that movie should not have been made.

I think this comes down to the men and women working on these films.  We have some storytelling/cinematic geniuses living in our time y’all: Aaron Sorkin, J.J. Abrams, and Joss Whedon just to name a few.

It takes people who can tell a great story and who can envision how to use the technology available to paint the right scenes.  These and few others have really shown the chops to do so, and we should eagerly await what else they have in store.

The strength of books is how the stretch the imagination. The strength of movies is how they can visually tell a story. But sometimes you can but those two strengths together. It’s then where you find you have something really special.

Dry: A Post-apocalyptic “What If?” Novel That…