As I strolled through the local Wal-Mart yesterday, I was serenaded by the PA system with Christmas music. At once I was struck with two competing feelings. The first was one of indignation. The President hasn’t even pardoned the turkey yet, Saint Nick. Slow your roll!

But the second was one of anxiety. I have yet to buy or even think of a single gift for my family or close friends.  To quote the great philosopher Steve Miller: “Time keeps on slippin’, slippin’, slippin’.” Every second passed is a second gone, and I couldn’t keep Santa, carols, or the expectation of gifts at bay forever.

With that in mind, I thought it might service our readership well to make a few gift ideas for nerds, particularly the males in your family. Most of them could serve for the ladies as well, I admit. After all, there aren’t many gifts that are absolutely gender-specific. At least not any that we would advertise on this site.

1. A Legacy game.  Two immediately come to mind – Pandemic Legacy and Risk Legacy.  I’ve only had 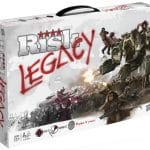 hands-on experience with the latter, but have been teased by a fellow nerd and board game enthusiast a go at the former.

Pandemic is a co-op (friends playing together to beat the board; our list of top co-op games) and Risk is a PvP (every man for himself against the others), so one or the other will appeal to the nerd you’ve got in mind.

The Legacy games are unique in that gameplay permanently affects future play-throughs. Decisions made and victories achieved change the landscape of subsequent plays, and, at least in the case of Risk Legacy, only those who participated in the first game can participate in any future attempts. While restricting players, it also encourages a consistent group of gamers – highlighting camaraderie in Pandemic and rivalry in Risk.

Both are available via Amazon: Pandemic Legacy | Risk Legacy. 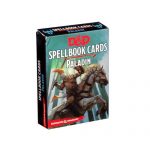 2.  Spell decks for your D&D enthusiast.  Do you have a family member or friend that is big into Dungeons and Dragons?  Snag them a spell deck corresponding with their character’s class.

The cards allow for easy reference; bypassing constant flipping to the appropriate pages in the Player’s Handbook.  Nothing interrupts the immersion of a campaign more than, “Hold on…I have to look the spell up in the Handbook.”

Spell decks are available via Amazon, as is the D&D Starter Box.

3.  A customized book stamp.  I received one of these from a friend a couple of 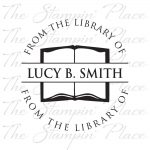 years ago, and it remains one of my most treasured and utilized Christmas gifts ever. Every book I add to my ever-growing and constantly-loaned library receives the stamp marking it mine.

This simultaneously plays to my ego and makes it easier to track which books are mine and which are borrowed. Your bibliophile will love stamping his or her collection with their name. Trust me on this one. And I know this is cheating a bit, but you might also consider these floating bookshelves for your book lover because they quickly establish themselves as the highlight of any room they’re in. 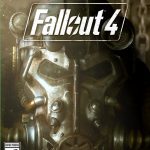 anyone you love with an Xbox One, Playstation 4, or a gaming PC.  The game’s very own producer has put over 400 hours into the game and it still finding content.

I mean, how many times have you put a lot of thought and even money into a gift for someone only to find they only got a handful of hours of enjoyment from it?  This purchase guarantees your loved one at least 16 straight days of pleasure; and that is assuming they do nothing but play the game – not even sleep.  Like I said: Home run.

Fallout 4 is available via Amazon. 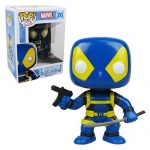 Have a few more bucks to spend?  Then you can spring for some exclusive or even variant editions.  Plenty of options here from pretty much any license you can think of!

6.  Something from Mondo.  When I bought my house, a friend gifted me a limited edition Jaws Mondo poster. Actually…”limited edition Mondo” is a redundant phrase. Everything Mondo releases is limited, and that’s part of what makes them great gifts.

They can be tricky in that they may not have something from your nerd’s particular niche interest available at the time, but they are highly collectible, highly awesome, and (usually, I believe) numbered.

Posters, action figures, replicas, and more are available…at a price. Yes, this is a more expensive option, but you literally cannot go wrong with a Mondo. Worst case scenario:  Your loved one flips it for a profit on Ebay. I call that a win-win.

7.  A Marvel Unlimited subscription.  We love MU here at Nerds on Earth and not without reason. 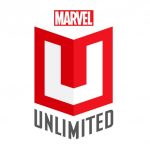 For any of your loved ones with an insatiable appetite for the Marvel Universe, this is a must have.

For as little as $69, you can give your family member or friend access to over 17,000 Marvel comics on their tablet of choice. It is a seriously hard bargain to beat and we

a) can’t recommend it enough and
b) are not getting paid to say so.

We only hype what we love, and we love Marvel Unlimited.

You are now sufficiently equipped to absolutely make the holiday season of your favored male nerd.  Seven Gift Ideas for Nerds are extremely limiting when it comes to the wide world of nerd gifts, but these are what I would consider the cream of the crop whether you love a board game enthusiast, video game lover, bibliophile, comic nerd, or general collector.

The Walking Dead Episode 607 Recap and Review: Heads Up

Is Jessica Jones Marvel’s First Foray into the Horror Genre?