By Jason Sansbury On Jan 4, 2016 Last updated May 31, 2018
Share TwitterReddItPinterestFacebookEmailPrint

News last week was released that Marvel television and cinema recently were able to get back the rights to one of their stalwart comic book villains, sometimes turned anti-hero: the Taskmaster.

Earth Nerd Adkins did a great job explaining the Taskmaster in a recent post, as he is one of those characters that we are pretty big fans of. Even more so, it is pretty amazing to think about how well Taskmaster will work as a character in the Marvel Cinematic Universe.

So, that raises two questions: Who should play him and how should they use him in that MCU world?

Who should be cast as Taskmaster?

So casting the Taskmaster is an interesting thing. For starters, he is nearly never shown without a mask. So that leaves the potential for Taskmaster to be played by anyone. Here are some candidates that stick out to me.

Keanu Reeves. Remember how awesome Keanu was as Neo in The Matrix? Especially in the crazy actions scenes? Taskmaster should have some of that aesthetic. And before you start wanting to talk about Keanu as an old man, watch him in the much more recent John Wick. He still has the chops. And his voice just sort of fits. 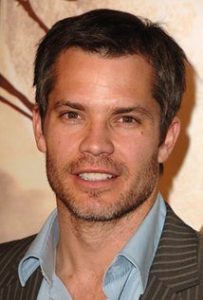 Timothy Olyphant. So, this casting choice would go in a different direction but Olyphant brings a lot to the table: a willingness to commit to a part for the long haul, a certain physicality and some good acting chops. (I am a bonafide Justified superfan.)

James Franco. So, sometimes the way you get excellent crazy is by casting someone who has that certain look. Franco could pull it off and he isn’t a dud as an athlete. He would definitely mean playing more on the psychological nature of Taskmaster and less the skills.

Taylor Lautner. So, a wild card. The youngster has the physical skills and casting him would mean a focus on that. He would be casting a much younger Taskmaster than most would anticipate but it could be an interesting choice.

Michael B. Jordan. Okay, if we can redeem Chris Evans from his performance as the Human Torch, Michael B. Jordan deserves the same chance. And let’s face it, with the Black Panther already being cast, Jordan could be an excellent choice as a villain, especially if you want to play with the idea that he comes around to the hero side at some point.

How should Taskmaster be used in the MCU?

Now, in terms of how do they use him?

Taskmaster won’t be a major villain in any of the upcoming major Avengers movies. If you are going from Loki to Ultron to eventually Thanos, Taskmaster would be relegated to being a minion, which would be a waste. 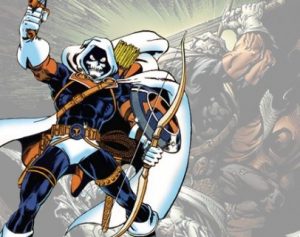 Instead, Taskmaster fits perfectly into the dark world of Marvel Netflix. With Daredevil, Jessica Jones and promised Luke Cage and Iron Fist shows with them culminating in a Defenders series, Taskmaster should be a part of that world, maybe even serving as the big bad of season one of Defenders.

Simply put, Taskmaster being hired and sent out to take each of the heroes out would make great television. He is a dangerous foe, being able to study each foe, using their strengths as weaknesses.

Plus, he can use some of the iconic moves and work of some of the Marvel Heroes we have seen before. And by putting him into the darker part of the world, it lends itself to seeing more of his backstory, like we have seen with Kingpin in Daredevil and Kilgrave in Jessica Jones.

Also, Taskmaster could be an excellent linchpin for a Marvel property that has to be talked about the Thunderbolts. If you consider making him the team captain, then casting a great actor in this role is even more critical. If they want to go this direction, Michael B. Jordan would be an amazing choice as the first Thunderbolt, a villain who is working off his crimes by serving the public in a larger way.

The Story of a Dungeons and Dragons TPK: Three Letters, Six Deaths