CW has given the viewing audience many wonderful shows, The Flash, Arrow, iZombie, etc. The 100 is a great show with struggle, strong females, and a great story line. And it’s coming back with it’s 3rd season on January 21st!

If you haven’t watched The 100, I’ll point out some reasons why you should binge watch and catch up. I’ll also give some reasons why people who have fallen in love with the show, should be eagerly awaiting the return of the show.

What should the fans be excited about with season 3? 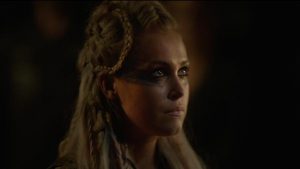 There are spoilers ahead so if you want to watch the show, you can stop reading and start your week of binge watching now!

Overall, Season 2 ended on such a high note, with a lot anticipated questions that hopefully will be answered in Season 3. January 21st can’t come any faster! Share and comment what you’re most excited to see in Season 3.