Someone at Marvel Comics watched Minority Report and thought to themselves, “Hey, that looks pretty cool.” Thus, the Marvel comics event Civil War 2 was born, copied straight from the pages of Phillip K. Dick’s diary and certainly having been foretold by a precog. Here is the marketing copy straight from Marvel:

“A mysterious new Marvel character comes to the attention of the world, one who has the power to calculate the outcome of future events with a high degree of accuracy. This predictive power divides the Marvel heroes on how best to capitalise on this aggregated information, with Captain Marvel leading the charge to profile future crimes and attacks before they occur, and Iron Man adopting the position that the punishment cannot come before the crime.”

I think the precog (let’s just call the character a precog) is an Inhuman. The comic event–that gets its first teaser comic on Free Comic Book Day–starts in full in June. I’m sure it will include innumerable tie-ins and a “shocking death” of a “major character” that will “change everything”, because those are the typical story beats from Marvel that demand air quotes.

Here are the team lineups: 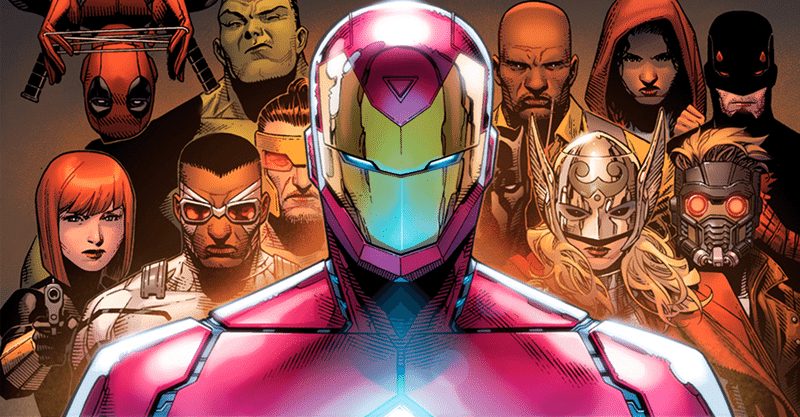 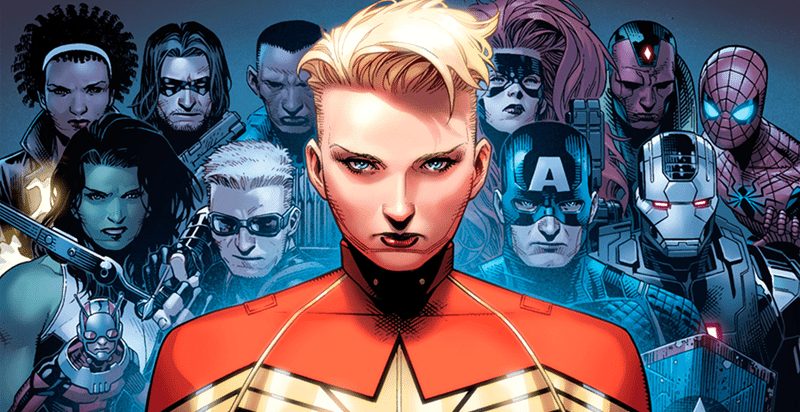 Iron Man apparently is under the impression that to call yourself a superhero means you don’t lock up people before they’ve committed a crime. He apparently watched Minority Report all the way to the end, even the weird eyeball scene. Captain Marvel, on the other hand, is determined to use this information to fight crime before there is even crime.

Of course, it’s probably more nuanced that that (I would hope) and that Carol’s team don’t actually intend to prosecute criminals before the crime, only to try and stop tragedies before they actually happen.

Meanwhile, Tony’s team believes that trying to change the future could result in a worse future, so even knowing what happens would have consequences. taken that way, it would be less “Can we prosecute criminals before they commit crimes?” and more of “Should we even know the future?”

What is most interesting to me are the lineups themselves:

Marvel has uneven track record with its major event, but Secret Wars was as interesting as it was satisfying. And the first Civil War was a blast to read in the moment, until years later and the internet picked it apart, claiming it wasn’t the right kind of fun to be having.

Honestly, I’m intrigued at where Marvel is going with this. Sure, it’s certainly sounds and appears derivative, but I’m curious to see Star Lord and Hawkeye duke it out. Seriously, who wins it?