When it comes to the X-Men to say there are crazy characters is to understate that entire franchise. [Editor’s Note: some X-men characters are just clown car banana peel donkey pants convoluted] But without a doubt one of the craziest characters in the X-Men mythology is none other than the character of the Legion, the illegitimate son of Charles Xaiver and Gabrielle Heller. 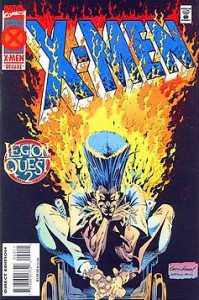 Legion (David Heller) is a mutant with strong powers across multiple fronts but the twist of his character is that Heller has multiple personalities and each personality is usually in charge of a power set. These personalities are all unique, different, separate personalities, yet most of them are aware that they share the body of Heller.

Mostly, they all work to hold back the personality of Jack Wayne, a swagger-y adventurer, who is unique because he was a created personality among the others that David absorbed when his powers manifested themselves during a hostage situation.

The usual personalities and powers are:

Over the course of his existence, Legion collects, absorbs, creates or is possessed by many other personalities, who stick along for various durations, depending on the story.

Legion eventually winds up in the care of Moira McTaggert and Charles Xaiver discovers Legion is his son. From there, David is shown at various times in the Marvel Universe as being well, well-ish or completely broken, agin, depending upon the story.

Legion is a unique character because of his mixture of power and the usual psychosis that is associated with him. Most often, when a story is psychically centered and takes a darker turn, sooner or later Legion will show up.

So why should you know about Legion? As you know, Fox owns the rights to the mutant line of characters from the Marvel universe and it appears that they are going to be making a Legion show for one of their television networks.

Given that they also make the currently successful show American Horror Story, there is a significant chance that they may delve into that horror genre mystique that can surround Legion, and take that story in a variety of interesting ways. 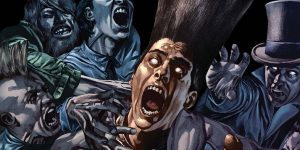 But Legion is also is a challenging concept to bring to the screen. How will the different personalities be portrayed, especially when they are the dominant one? In the comics, you often see them all portrayed at once, almost in a room vying for control. To do that would make for some interesting television.

But outside of the world, how would you portray it? While there is some talk that Legion has the ability to transform his body, it would be unique to show the character controlled, which would create an awfully large cast, or to have someone who is able to portray multiple personalities. (I see you Orphan Black.)

So, now is an excellent time to delve into the character of Legion, the reality warping, broken Omega level mutant that could be coming to the television screen near you soon.