When I was little, I played video games like “Mario” and “The Legend of Zelda”, which are amazing games. Don’t get me wrong. This post isn’t about bashing the classics. I would drop everything to play “Mario” again but alas, my brother has the NES in north Georgia.

And as I was playing Mass Effect 3 for the hundredth time, my friend asked who my favorite female video game character was. 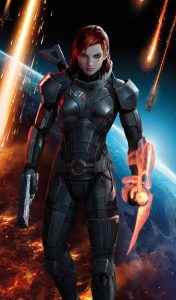 She’s voiced by the amazing Jennifer Hale. And honestly, that would be enough for me. But Bioware went even further. Commander Jane Shepard (who can also be male if you so choose) is an elite soldier who saves the galaxy not once, not twice, but three times. All while gaining the loyalty of other humans and different aliens.

Mass Effect is a RPG trilogy that took the gaming world by storm. And when asked why they love it so much, fans will say “Shepard”.

But why Jane Shepard for me? Why is she the first one I list? Because you have so many video games with a male protagonist saving the world and being sexy at the same time. Not taking any crap from anyone. Now, while you have other great female characters (duh, this list is here for a reason) they usually have some sort of stereotypical aspect; a girly scream, a giggle, a moment of fear, etc.

Shepard doesn’t. Shepard gets down to business. She doesn’t take crap and she hits hard. However, she does have a favorite store on the Citadel. 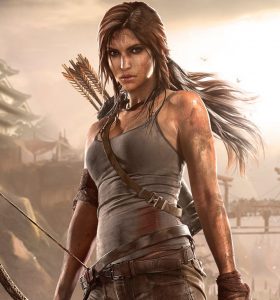 One of the first female protagonists. She premiered in khaki booty shorts and a blue tank top with pistols on both thighs. Her boobs were pointy and her lips big.

She has now evolved into a grad student with cargo pants, a couple of tank tops, and scars. She kicks, punches, bites, shoots, and raids some tombs.

The Tomb Raider games started off strong but slowly dwindled in popularity and, let’s be honest, storyline. Lara Croft became a joke.

Until 2013 that is. She came back with a vengeance. The new game featured amazing graphics, great story, and a Lara that made the player empathize with her. She got hurt but kept on going, to save herself but more importantly, her friends. In fact, if it wasn’t for her dying screams echoing in my ears, I would have her next to Shepard. 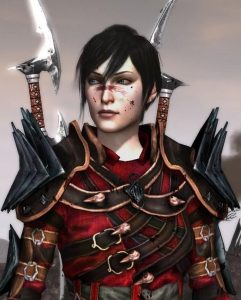 Another Bioware character who can also be male. “Dragon Age 2” is said to be the weakest of the trilogy of Dragon Age games. It has repeating dungeon layouts and is more on rails than the other games. That being said, DA2 is my favorite. And why is that? Because of Hawke.

Escaping the village of Lothering with her mother, brother, and sister, Hawke is suddenly put into the position of protecting her family from not only darkspawn (evil ugly creatures from Hell, basically) but Templars, mercenaries, assassins, and more. Her life isn’t easy.

But along the way, she keeps on smiling and helping people. She makes friends, gains their loyalty, and tries to save her city. Whether she succeeds or not is still up for debate. 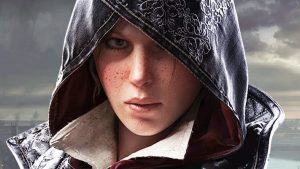 She’s an assassin. And honestly, that should be enough. Ubisoft made a stupid comment a while ago about women being harder to design than men in video games. They have rectified that mistake. Evie is awesome. She has hidden knives and a sword in a cane. I mean, honestly, what could be better?

The fact that she’s slightly smarter than her brother? Or the fact that she is sassy? How about all of that. Every time I jumped her from rooftop to rooftop, I would grin. She was an assassin and a girl! It had finally happened!

Really? You thought I wouldn’t mention Samus in a list of female video game characters?! How dare you! Jennifer Hale voiced her at one point! But no, I kid but Samus is pretty amazing. Her first game came out in 1986 and people thought it was a guy underneath that helmet. But oh how wrong they were! Japan pulled the rug out from under players and, surprisingly, people weren’t that upset.

Samus rocks! She has a canon arm on her suit, for goodness sake! She’s a bounty hunter! An ex-soldier! I mean, do I really need to say more? 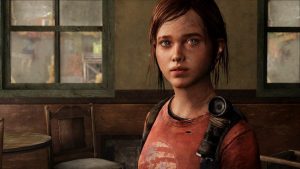 She’s a kid, I know. But, boy, is she strong! All she knows is the zombie apocalypse. She has no parents, her friends are dead, and she’s immune. And then she meets Joel.

They team up and are a team to beat all teams. He’s old enough to be her father and by the end of the game, you see them as just that; a father and daughter duo travelling through the apocalypse together. And Ellie can hold her own. She can shoot, run, punch, and sneak with the best of them. She even hunts food at one point. She’s who kids should want to be.

Yes, I’m ending with a Greek sex-bomb, no shame. But she was always my first pick whenever I played the Soul Series games. She fought with a sword and shield, prayed to her gods, and kicked ass, all while having massive cleavage.

But it was her backstory that drew me in.  She was ordered by Hephaestus (yes, the god) to destroy the evil sword Soul Edge. Guys, she talked to a god. And fought in his name all while being just a baker’s daughter. Sound familiar?

She did end up destroying it and came back each game to fight evil again. She was joined by her younger sister in later games and even got married and had kids. But she would continue to fight for good. And that is why she is so awesome!!

So, there you have it. My list of favorite female video game characters. Don’t agree or have another one to name? Let us know in the comments below!!