Have you stopped to think about how much religion is a part of the world around you? And I’m not talking about belief (or lack thereof), I’m talking only about the physical manifestations and impact of religion.

Let’s take the numbers of churches for example. There are 350,000 churches in the United States, including Roman Catholic parishes. In some neighborhoods, it’s not uncommon to have a Presbyterian church on one corner, then have a Methodist church directly adjacent. Then add 5,800 mosques and synagogues on top of that.

Gosh, if nothing else, religion is identifiably a major part of the real estate business in our culture. But then add the number of faith-based non-profits, which numbers close to a million and utilize 45 million volunteers yearly. Here we are talking about soup kitchens, homeless shelters, and the like, of which over 70% are faith-based. Also, over half of day care centers are operated out of churches.

Of course, there are religious holidays and the trappings of that. And religious publishing (the Bible is the number one selling book of all time, coming in at 2.5 billion copies to date). I could go on, but you get the point.

Religion is highly, highly represented in our culture. It is literally all around us, in every sector, industry, and community. Again, this has nothing to do with belief and how religion affects our culture. I’m just talking the tangible and physical noticeability of religion.

It’s everywhere. Everywhere but video games, that is. Well, kinda. 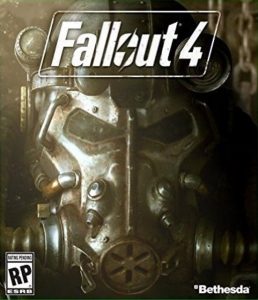 Given the prominence of religion in our culture, if you play through a video game like Mass Effect, Borderlands, or Fallout, you should fully expect to run across an old church building or something. But you don’t very often, certainly not at the level that you’d expect given it’s prominence in our present culture.

It’s not like religion is non-existent in video games. It’s common in many aspects actually. Fallout, for example, clearly takes fringy inspiration from religions. But’s it’s just that: fringy. You have the cult-like Children of the Cathedral (near Los Angeles), Children of the Atom (who view nuclear weapons as a means of liberation), the Followers of the Apocalypse, and the Brotherhood of Steel.

Mainstream, these things aren’t. And that’s understandable. We want our video games to give a creative twist to things. But do they all have to have a crazy cult leader? And whenever video game religion is organized in any way whatsoever, it’s typically bad news.

Sure, on the other hand, fantasy games, in particular, almost always have a prominent temple structure, plus playable classes with origins in religious archetypes (clerics, paladins, etc.). The point is that it’s almost like video games with future apocalyptic settings seem to imagine a world where religion and the physical manifestations of religion are vastly diminished or aren’t expressed in an orthodox way.

What’s great about religion in video games is that they are very good at exploring the moral and ethical implications of living in distressed, apocalyptic worlds. But they do so largely do so without holy texts, prayers, rituals, or genuine discussions of what religion might consider the “divine.” It’s more scattered, broken, and open to interpretation.

In video games, religion has a through line that is clearly centered on the heroic individual rather than the heroic institution. This is natural, being that many are single-player RPGs. Plus, having the manifestations of religion being a wild cult-like institution makes for a menacing foe for the the single hero to interact against.

To be clear, video games aren’t necessarily hostile to religion, it’s just that religion is just kinda unstructured in a large way. It’s almost like the future is a world that has moved on without the relics of God. I’m sure this has as much to do about the target market for video games. Developers are understandably hesitant to enter into a topic that has such a potential to be controversial. (And a game like Borderlands has a tone that largely prevents it from tackling anything particularly serious anyways.)

Most people haven’t read Charles Taylor. His breakthrough book is a 896 page tome called A Secular Age. Taylor is one of those scholars that’s at least twice as smart as the most brilliant person you know, so most folks engage with his work via a 160 page reader version that distills his ideas down for normal people.

With A Secular Age, Charles Taylor wrote what is near universally accepted as the “bible” on secularism. Secularism being, of course, the term that describes a social order separate from religion, without actively dismissing or criticizing religious belief. Taylor doesn’t speak of secularism in a bad way, as if it is an enemy of or at odds with religion. Taylor would simply say that secularism is.

Really, video games being secular should be what we should expect. Charles Taylor wouldn’t be worried. He would say that secularism is what it is, it’s how we actually play at the game of life that matters. But what does this mean for us and our video games?

Religion has long been a source of controversy and division that many people are ready to be done with. A lot of organized religion gets a bad rap that is largely deserved. (Yet, from the example above concerning soup kitchens and the fact that each of us surely know several genuinely faithful and good people, it is equally true that religion has been an undeniable force for good in the world.)

Whether they are confronted with religious symbols or not, most people still want to lead good lives and most also want to live lives for something bigger than themselves. But many have decided to journey through their lives without God, or at least without institutional religion and its fallible human adherents. It’s not uncommon to hear the phrase, “I’m spiritual, but not religious.”

Perhaps that’s what is at play in our popular video games. Moral reasoning and moral motivations are still deeply present in video games, after all. It’s just in a single-player player mode–the heroic individual! Then the holy texts, rituals, and church buildings are trimmed out of the code, because, after all, who really believes in the heroic institution anymore?

Shadows of the Empire: The Star Wars Movie That Wasn’t

Tiny Tina’s Wonderlands: A Worthy Installment to the Borderlands Franchise