Recently E3 2016 showed us what the gaming world has to offer for the year to come. I have to say Sony’s E3 presentation killed it this year, but E3 2016 in general has really given gamers a spoonful of hype for upcoming games. Here’s my list of games that I’m extremely excited for. 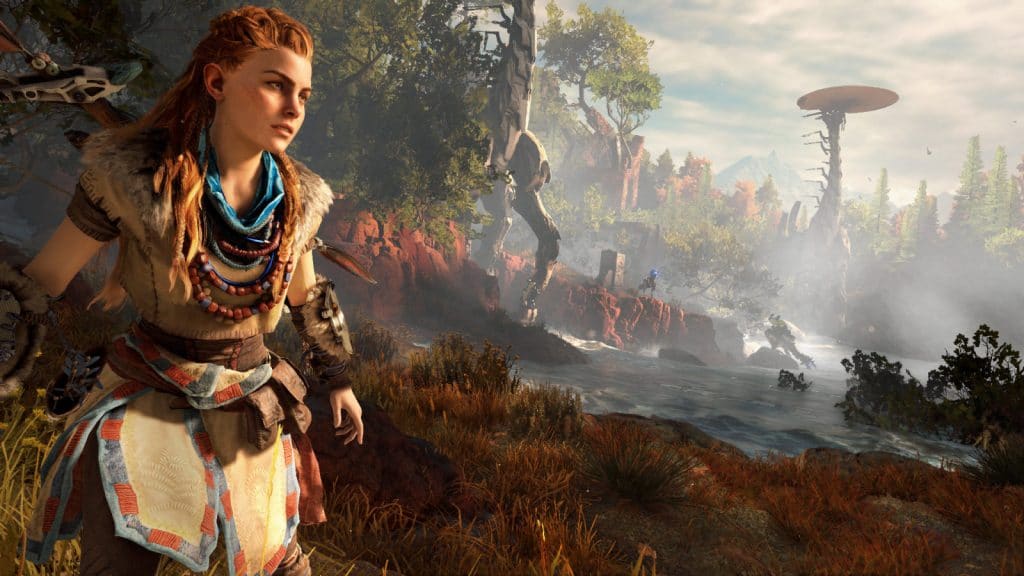 In one of our Weekly Chats a couple months back we talked about upcoming games and I said Horizon Zero Dawn. All I remembered from the teaser was there was an awesome female protagonist, and it had this primal feel but mechanical prehistoric creatures.

At Sony’s E3 we got to see some gameplay, and I fell even more in love. The gameplay is so creative and fluid. The story was already intriguing, but getting to dive in a little to see what is all provided has made it top priority on my list. The planned release date is February 28, 2017. Best believe I have already put it in the cart to pre-order.

I recently finished the Mass Effect series for the first time, and fell in love of course. At E3 Mass Effect Andromeda gave us a little bit more such as info on our protagonist, what the gameplay footage will look like, new creatures, and seeing what races will make an appearance. Seeing how the facial animation was far more complex and the asari design was more unique, I loved it!

I think the best way to watch the E3 trailer is to pair it with the interview with Mac Walters. The interview gives a little bit more insight that you didn’t get from the trailer. I trust Bioware, and am genuinely looking forward towhead the new Mass Effect team has got up their sleeves. The release date has been pushed back, but it is currently on track for 2017.

I can’t tell you how excited I am for this. I love Telltale games, especially for their comic book style animations. Telltale did an amazing job with The Walking Dead series, making you fall in love with main characters, and breaking hearts when our main characters are put in tough situations. Seeing Clementine all grown up probably brought out the collective skill amongst The Walking Dead game fans. It sure did for me! I’m excited to see what new characters we see, and how our old choices dictated our future. The release date right now stands for this fall of 2016.

I am not a horror game fan at all. Ok so I do like the thrills and adrenaline horror games give you, but I’m a mega wimp. I watched the trailer through gaps of my fingers covering my face. Resident Evil has always been about the suspense, paranormal, and being extremely disturbing, and it still is. The new Resident Evil appears to have this slaughter house theme going on.

In the E3 trailer, you get some demo content, and it starts with you waking up in this dark house and you gotta find a way to escape. Investigating the house you stumble upon some peculiar things that would set off many red flags. I would probably have to play this game with a friend, but it looks amazing. The demo is still out and able to play, so go give it a try if you can (if you dare)! The release date is currently January 24, 2017. 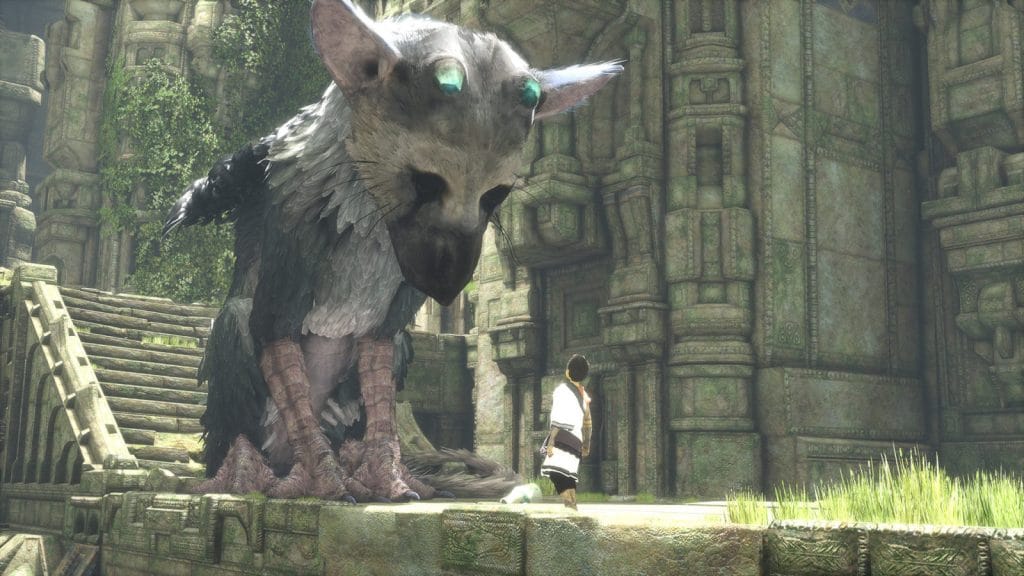 When you have a game featuring a huge cat bird creature that is pretty much your best friend, I’m sold. I never heard of the game before E3, but when I watched the trailer I was automatically drawn in. You guide a young boy through this beautiful fantasy world with your companion/protector to discover many secrets and overcome many obstacles. What pulled me in most was the creativity of the character concepts. I have a feeling this game will make a lot of people cry, and I’m ready for the cute emotional journey.

I always wondered what the God of War games were all about. They always looked interesting, but I never bought a single one. The new God of War might be my first purchase from the series. Sony’s E3 presentation opened up with a live orchestra playing and choir singing music from God of War, which was really cool to watch them play live with the gameplay.

In the new God of War we got to see Kratos be more of this cold father figure, which was a nice contrast from the other games. The gameplay was absolutely captivating with epic in battle movement, strong storyline elements, and visually gorgeous. Parental figure with a child dynamic always tugs on my heart strings when it comes to stories, because I know there is a lot of potential to play with there. A concrete date has not been set, but the year for initial release will be 2017.

First person perspective games are always a challenge with me, because they are so disorienting.  Down the line I was introduced to Dishonored which was absolutely stunning to me that playing first person didn’t even bother me.

To get to play as a strong female protagonist and have a very interesting plot was what won me over. The gameplay footage I have seen so far is beautiful, and getting to play as an assassin that has supernatural powers and uses them to regain her place back on the throne is a definite “sign me up!” The game’s release date is November 11, 2016.

The one thing I love with the gaming industry is how much it evolves with story lines and animation. Games are becoming even more cinematic from in depth stories right down to the realistic animation. The gaming industry is such a broad source of creativity that consistently lives strong and continues to entertain in amazing ways. I’m far too excited to get a hold of these games and so many more that didn’t make the list.

Share and comment about some games you’re excited about, because I love seeing people get as hyped as I do!

The Mythical and the Mysterious: Mythic and Occult Adventures for the Pathfinder RPG