As someone who loves to cosplay, I thought it would be important to share the dos and don’ts of cosplay etiquette. What this means is, you will learn about certain things that are appropriate to ask/do as someone who doesn’t cosplay as well as someone who cosplays avidly.

Cosplay is NOT Consent

Common sense, right? Well apparently not. Say your outfit is leaning away from the modest spectrum and someone thinks it’s ok to inappropriately grope you…

Don’t let that go unheard. Cons will usually have security, staff, and protocols against sexual harassment and the safety of con-goers. Don’t think you were in the wrong because your outfit “asked” for it. You asked to have a good time at a con dressed however the heck you wanted to, not to be felt up by strangers.

Do ask for permission for anything to anyone. “May I take a picture of you?” “Can I touch your armor?” “Can I take a risqué picture of you with me touching your butt?” If you get shot down, respect their answer, and walk away. You have to remember that cosplayers are human beings just like everyone else. Simple as that.

Cosplayers are not the Characters

I’ve heard and seen multiple situations where people were attacked personally for dressing as a certain character, because the attackers can’t differentiate between the person and the character they are dressing as. Same goes for people who have gone stalker mode and went obsessive over someone because they dressed as a fictional character they have an obsession over.

Don’t attack, stalk, verbally/physically/etc. abuse anyone for the character they cosplay. You can have opinions, you can have healthy debates, but do not lose the fact that it’s just a real person dressing as an unreal character.

Do show appreciation. Whether you like the character or not, show appreciation of the craft. Cosplaying as certain characters can open up healthy conversations. If the conversations is short and ends with a thanks, then that’s all that needs to be done. No stalking, no trash talking. If you know you won’t be able to control your tongue, then just keep walking. Be the person who brightens a cosplayer’s day, not ruins their con.

Cosplaying is like being a celebrity with all the paparazzi moments. I actually learned this one my first year at a con.

Picture this: It’s late in the day at a con, you spot a cosplay of one of your favorite characters perfect in every way, but the cosplayer is going over to the bar after they ripped themselves away from a group to get a drink. Should you run over and ask for a picture as they are having “break time,” or should you wait?

Don’t interrupt a cosplayer’s “break time.” It might seem like the perfect time to, because no one is talking to them, they are away from big groups taking pictures. That might be their only time of rest in the whole day. Getting that drink might be because they are dehydrated or just exhausted and need a drink. I personally have been OK with people asking me mid-bite into my burger as I sit on the hotel floor. However, not everyone will be so patient.

Do wait and see if they are just taking a break to get something and then rejoining the chaos. If they come back, ask kindly, and if they say “sorry not right now,” that’s ok. Just say “Oh sorry. You look awesome. Enjoy the con. Hopefully I can catch you at another less stressful time.” Let’s face it: cons are overwhelming. Patience and being understanding are top traits everyone should have going to cons. 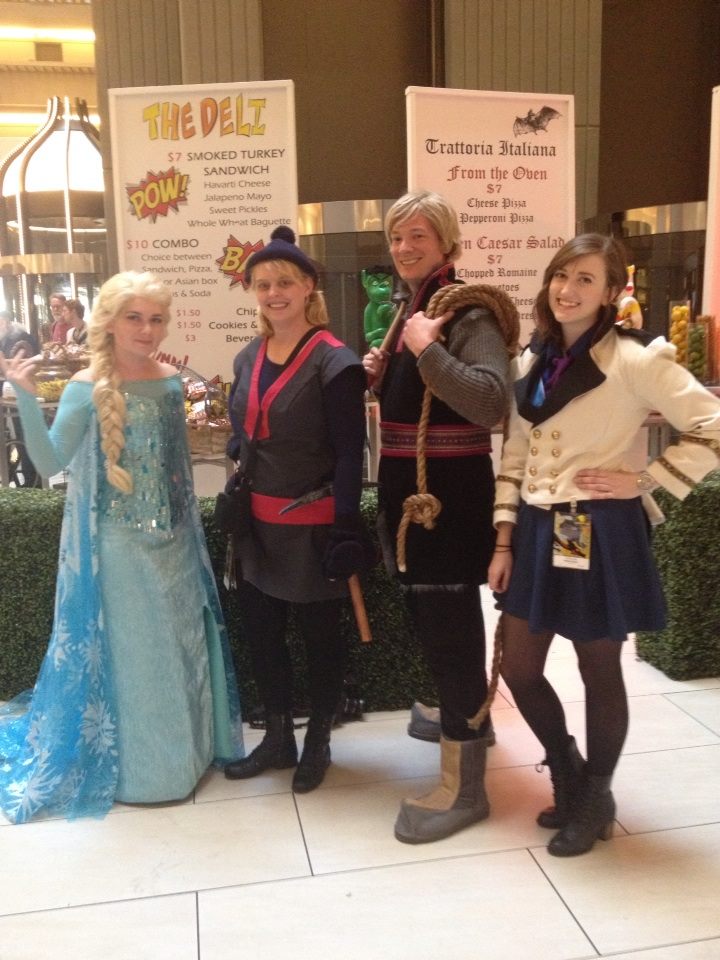 Don’t let the title fool you. I’m not saying you have to make your obscene pop culture cosplays kid friendly. This section goes more for the people who cosplay as Disney Princesses, Princes, and also children cartoon characters like Steven Universe, Adventure Time, etc.

Don’t curse up a storm if kids are in your close surrounding area. The only exception to people who can’t differentiate whether you’re the character or just some person dressed up, are kids. Some kids that attend cons aren’t at that age where they can tell the difference. This goes for any variation of Disney/kid shows. Whether you genderbend, casual, steampunk, etc. kids will recognize you and still think you’re the real deal. You dress like Elsa and drop some F-bombs and deny any attention to the kid, that kid will hate Frozen because of you. Don’t be that person!

Do treat the kids with respect. Cosplay is all about acting in character, take this opportunity to let your inner Disney princess, or inner crystal gem out. Ask them their names, talk nicely, show interests, speak appropriately. Let the kids also have a great con experience. It will make the parents very appreciative, as well.

Don’t bring down others with cosplay negativity. No one wants that. Mass Effect suits can look imperfect. Heroes and heroines of all kinds can be any body shape, it doesn’t make them another version of the character. They still are that character. People of color can be any character they want, you don’t need to tell them, “Oh, you’re the black Poison Ivy.” No they are still Poison Ivy. Let people have fun!

To the people who have been bullied: This is a more positive don’t. Don’t let their harassment stop you from cosplaying. You are awesome for doing what you love! You show that anyone and everyone can be who they want to be. And that is what cosplay is about.

Do recognize that they are not alternative versions of costumes because of the person’s body size or race, or even gender. Unless the person outright says, “I’m the Fem!Cyborg,” then they are the character they intended to be. Do praise people’s craft, skill, and confidence to put themselves out there. Cosplaying can take some guts for people who suffer from social anxiety, body issues, and hearing scary stories of people who have been bullied at cons. Some compliments and high fives are A+.

Want to know more cosplay dos and don’ts? Good, because this will be the first of many posts on them! If you have any other cosplay dos or don’ts, or general cosplay experiences, comment and share. Spread the knowledge and the fun!