By Jason Sansbury On May 30, 2016 Last updated May 29, 2016
Share TwitterReddItPinterestFacebookEmailPrint

Every month, if you are a subscriber to Netflix, Amazon or Hulu, there are new things in the massive queue beyond the British detective shows that my mom is the champion of (seriously, she knows them all).

So, in June 2016, what is coming up that you should invest your limited and valuable nerd time on?

Netflix:
June 1st offers a treasure trove but I want to recommend a trilogy that had a reboot last year: the Jurassic Park original trilogy. Sure, there are moments where they are very dated. But, if you are a nerd of a certain age, this was your jam and it is worth watching again. (A great exercise? Watching the first film and last summer’s Jurassic World to see how much in alignment they are.) 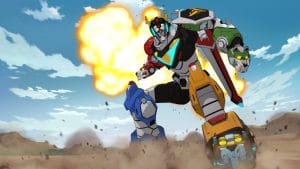 June 10th gives that unique mix of nostalgia mixed with brand new! The new Dreamworks animated Voltron series about a combat group of robotic lions who are piloted by humans who become one giant robot together is dropping in typical Netlix fashion, as the whole series goes live. This nerd is pumped about the possibility that we may get something that is nostalgic but with a great story as well!

June 15th has the film The Giver appear. Based on a very popular young adult book, the film pales in comparison but if you have never read the book, it may be worth checking out. 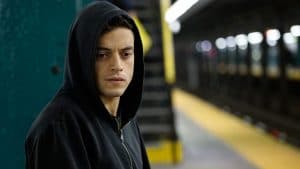 You know how you sometimes hear the buzz about something and when you look into it, it seems like you are too late to get onboard? I felt that way about Mr. Robot last season. A USA network show about a hacker in a near future seems like an odd piece to gain much praise from the audience and the critics alike but this show did. The whole first season drops on Amazon on June 13th, as a way to entice you to get caught up before season 2 begins this summer.

Did you know that Eddie Murphy was once so famous that they basically would cast him in anything? That is the only excuse for him being made the leading actor in the 1986 film, The Golden Child. When it comes to Amazon on June 1st, you should give it a watch to see the social worker that Murphy plays get put into a cosmic story of a chosen one, golden child in Tibet. It is a really odd film that films at times like they merged two scripts together, cast Murphy and crossed their fingers, hoping for the best. 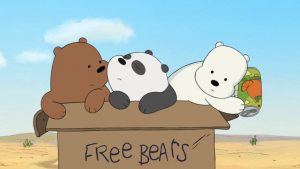 Hulu is most often your source for current shows but occasionally they will pick up a movie or project that peaks our interest. The animated show We Bare Bears is the story of three brothers. It is a part of the Adult Swim Cartoon Network genre, and it fits with that quirky, nerdy sense of humor. The whole first season of the show becomes available on June 19th.