1.  Learn how to counter EVERY hero in Overwatch.

Overwatch is my gaming group’s new favorite, but that’s not to say we don’t get pretty frustrated while playing.  Our complaints usually take the form of a curse upon a rotating cast of heroes.

Tracer is so annoying!

Their Genji is so stinkin’ good!  He’s killed me, like, nine times!

Mercifully, when you die in Overwatch you can switch heroes and this allows for a dynamic strategy.  You can pick a hero that foils your mortal enemy on the other team, and Force Gaming released a video last week that walks you through who is best suited to take out each and every last one of the 21 heroes.  It should be noted, though, that Widowmaker and McCree – who feature repeatedly in this video as your best bet against a large number of the heroes – have recently been nerfed a bit.  Don’t get me wrong:  They are still solid candidates for play, but be aware that they aren’t quite as strong as they were when this video was made.

2.  Here’s a fun list of things to say when a PC fails to pick a lock in your DnD campaign.

There are a lot of things I need to improve upon when it comes to my DM game, and among them is being more creative and descriptive when it comes to actions both in and out of combat.  Saying “miss,” “hit,” and “you didn’t succeed” are bland, uninspiring, and downright not entertaining.  In fact, they aren’t really descriptions at all; they’re just the mechanical truths of actions.

So I’ve got notes tacked to the inside of my DM screen to be more descriptive in all things (or to invite the PCs to describe their feats!).  However, I’m not the first person to want to be more entertaining in this regard so lists abound on the internet, and this one gives you ten options for when someone in the party “spectacularly fails” to pick a lock.  What qualifies as “spectacularly” is 100% up to the DM (maybe its a fail by 5, 7, 10 or more).

And as an added bonus:  There are several links to similar lists at the bottom of the post covering several other failed checks worth looking into.

I’m a sucker for a good video essay, and the best ones take something that I love and makes me love it even more.  This one drops just in time to coincide with the release of Independence Day; Resurgence.  Unfortunately, I won’t be able to see it til Monday.  Even more unfortunate is that I won’t have time to rewatch ID4 before then either.

Why?  Because it came up as a “Could he?  Has he?” set of questions in our general Slack channel and I went looking.  If you can’t quite make out the dialogue, Gambit says,

See I got the power to charge up anything and make it go boom…so long as its not organic.  And since these metal bones of your ain’t flesh and blood, I’m heating ’em up as we speak.  You so much as nick me, I blow you up from the inside out…take half this park with us. 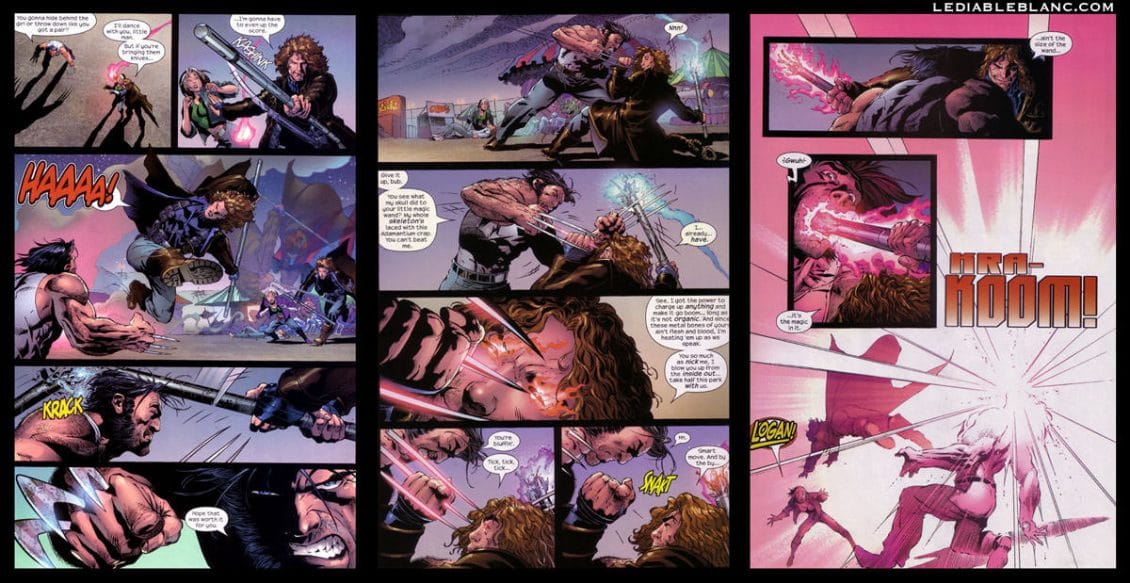 5.  This video outlining the death of a famous herpetologist by snake bite has me thinking about DnD poison descriptions.

I joined a group for DMs and GMs on Facebook a couple weeks back and have been the beneficiary of several cool shares.  This week my favorite was surreal.  NPR narrated the notes of Karl P. Schmidt, a leading herpetologist who died after receiving a bite from a boomslang (type of snake).  His notes are a scientific survey of his last 15 hours.

The piece was shared as a suggestion to doll up your poison afflictions in DnD, with one commenter stating:

If you confine your descriptions of poison to a mechanic, then you probably could work on your descriptives… This article is a good example of elements that can be used to bring your game to life.

I certainly see the appeal in doing more than saying “You take three fire damage.”  But where do you draw the line?  How real do descriptions/afflictions need to be in your campaign?  Let me know in the comments!

We’ll see you next Friday for five more highlights from nerd culture. We’ll likely shift away from the deep cuts and go back to covering the more salacious nerd news. Until then, feel free to share a highlight in the comments if we missed something.

Who Wouldn’t Want to Be A Mutant?