If you’ve been reading this site for a while, you know that a large portion of our writers are exploding with anticipation over their imminent trip to Dragon*Con, the annual nerd pilgrimage to the blistering heat of Georgia, to cram into a giant room with tens of thousands of other nerds, standing in lines to buy autographs from actors from cancelled TV shows or to see new trailers for the next disappointing big budget comic book film.

As for me, I’ve got other plans for the upcoming weekend. Along with thousands of others, I’m currently packing my bags to head to the beautiful Pacific Northwest (and it’s mild 70° weather) to attend the greatest nerd gathering of all of them: PAX West (née Prime).

I’m just kidding, of course. I know Dragon*Con is super fun for all attendees, and I would attend myself, if not for the fact that PAX West always falls on the same weekend, and I’ve dedicated myself to attending PAXes both East and West to spend time with friends from all over the world.

As is customary, I’m sure a large portion of our time will be spent eating far too much food and paying far too much money for delicious adult beverages, but that’s all dressing around the edges of the show itself. Since almost all the other writers are going to Dragon*Con, I figured I would do a quick write up of what I’m looking forward to during my time in Seattle, so here goes:

1: The Cards Against Humanity and Giant Bomb Variety Show 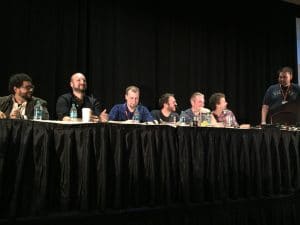 Every PAX I go to, my favorite part of the show is always the Giant Bomb panel, because those guys know how to have fun and keep a crowd entertained while doing so. Another group that always has fun panels (with some of the weirdest surprises) are the minds behind everybody’s favorite party game for horrible people, Cards Against Humanity.

This year, however, the stars have aligned and these two groups of nut jobs have decided to combine their powers to put on what will hopefully be the most memorable hour of nonsense any of us have seen. It is kind of a bummer they got put in a 4PM slot as opposed to the late night slots they normally occupy, but I’m sure it will still be a hell of a ride.

Alright, show of hands: who misses the attitude era of WWE, when larger than life characters like the Rock and Stone Cold Steve Austin use their quick wits and brutal dispositions to entertain us every week?

If you appreciate the grungy 90s influenced days of wrestling where we all cheered on the bad guys beating the snot out of people, before everything got a family friendly wipe down so the characters boil down to “dude in jeans” or “dude in tights” and the worst insult you can say on air is “stupid idiot”, then the newly dubbed League of Heels is the place to go.

“Big” names from all over the video game industry, both the development and journalistic sides, come together to compete in various video games and portray their best old school pro wrestler style personas in wonderfully nonsensical story lines. If you want to know more, look no further than the most 90s aspect of the whole thing, the website, and don’t forget to check out the previous events on YouTube to make sure you’re caught up with all the story lines. 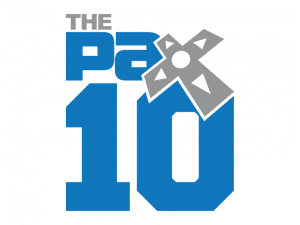 The show floor at PAX is always chock full of all the recognizable AAA video game titles we’re all anticipating, and I’m sure people will be elated to get to play Titanfall 2, Final Fantasy XV, maybe even (hopefully) the new Mass Effect.

However, the best part of the show floor isn’t all the big name booths, with their flashing lights and giant statues. The most important thing to know about the show floor is that some of the best games you can play are all the smaller indie titles spread throughout the area.

Every year, the games I enjoy most at the show are the small games off to the side, made by a handful of people who just want to get their idea out there for the public to see. If nothing else, it’s nice that often enough you can pretty much just walk up and play some of these titles, as opposed to waiting upwards of 3 hours in line to play one of the bigger titles (I’m looking at you, Lawbreakers).

It can get a little overwhelming if you try to just dive in and see all the smaller games around the floor, so a good place to start is with the PAX 10, a collection of games curated by the show runners to present to the public.

That’s just a few of the great things you can see if you happen to be attending PAX West this coming weekend. If this is your first show, I would also suggest that you at attend some of the nightly concerts to hear some great music from acts like MC Frontalot and the Video Game Pianist, and at least the final round of the Omegathon, a 10 round tournament of various games and challenges that lasts throughout the show.

For more advice for first time attendees, or even some general advice for somebody attending any sort of convention, check out this great guide for PAX first timers.

Understanding Golarion, the World Where the Pathfinder RPG Lives

An Interview with Teos Abadia, Co-creator of D&D: Acquisitions Incorporated

Looking to the Future: My Favorites from the Show Floor of…