It’s been a few weeks since I was in Seattle for PAX, and I think I’ve finally got all the hazy memories sorted out into a clear picture of my time in the rainy Pacific Northwest. I didn’t get to play a lot of games on the show floor as much of our time was spent sitting in on great panels, eating delicious food, or drinking over priced alcoholic drinks, but I thought I’d recap a few games I spent some time with that give me hope for the coming year:

I’ve played this game a couple times at PAX now, and it’s still a delight. If you haven’t seen it, it’s the new game from No Goblin, the developers behind the wonderfully ridiculous Roundabout.

In this game, you pick one of several colorful characters who pilot their own personalized 100ft tall robots in a competition that looks like golf until you see it in action. While they do use clubs to hit (relatively) small white balls at a hole in the ground, there is none of the stuffy structure found in real golf. 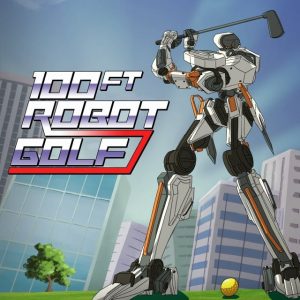 Each player tees off at the same time, and as soon as they hit the ball, they can start running toward wherever it seems it will land, all the while knocking down buildings with their giant golf clubs or their built in weapon systems, even interjecting their own body in the way of opponents’ balls mid-air. The number of strokes you take doesn’t really matter, all that matters is that you get your ball in the hole before your opponent does.

One exciting new feature they were showing with this build was the new announcer option, the McElroy brothers of Adventure Zone and MBMBAM fame. Unfortunately, a noisy show floor isn’t the best place to experience that particular aspect of the game, but even without that it’s still super fun to play, and I can’t wait for its release later this year.

I appreciate the subdued believable nature of classic Star Trek and the sweeping fantasy space opera of Star Wars, but of all the varied science fiction universes out there, my favorite has always been Warhammer 40,000. There’s something beautifully simple about the abject nihilism of a galaxy defined by nothing but war that just grabs me, you know?

Anyway, Dawn of War III is a game I’ve been looking forward to for a long time. I loved the previous installments in the series, but it’s been so long since THQ imploded that I’d begun to lose hope this title would ever see the light of day. We can finally rest easy now, because it’s well on its way to completion, and I have to say that it’s shaping up to be a hell of a sequel.

After the smaller hero focused gameplay of Dawn of War II, they’ve decided to return to the more classic RTS structure of the first game and its expansions, specifically with my favorite part of the genre: base building. Of course, the heroes of the battlefield have defined Warhammer 40k since its inception, and that idea is represented in full force in this game.

In the mission they were showing, you play as the Blood Raven Chapter of the Space Marines, and along with your tactical squads and land speeders, you had 3 hero units, including a squad of Terminators, Captain Gabriel Angelos, and for the first time in the series, an Imperial Knight. The special abilities possessed by the heroes are stunningly animated and brutally effective. I hope they have equally spectacular hero units for the other factions in the final build. Oh, and hopefully the Tau get to show up this time.

I’ve always loved Tekken. All fighting games seem to have some sort of insane lore to loosely justify random caricatures beating each other to a pulp in exotic locations, but I feel like none of them have ever embraced it as fully as Tekken does. They somehow took a world full of demon blooded karate men, giant robot bodyguards, cryogenically frozen femme fatales, and intelligent bears (who all somehow understand each others’ languages perfectly, even the bear), and made it all make sense. More or less.

Obviously I’m a big fan of the Tekken lore, and while I am really looking forward to see what they do 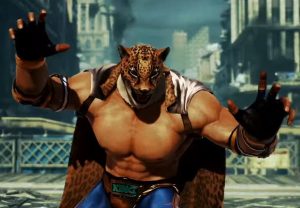 with their take on fighting game story modes made popular by recent Mortal Kombat titles, the game itself is still important.

They’ve cut down on the roster for this entry in the series, as Tekken 6, and especially Tekken Tag Tournament 2, seemed to have every single character even tangentially related to Tekken (except Gon, obviously). I played several characters, including my personal favorite King, the jaguar faced Mexican wrestler, and each one felt great.

Responsive controls allow you to get out exactly the moves you’re looking for, and the new Rage Arts (a newly introduced take on Super Moves from some other fighting games) are a sight to behold. It’s been so many years since a real Tekken release, but I know that, at least in my house, there will be much rejoicing when this one finally drops next year.

And these three are but a small taste of what I witnessed and play tested at PAX.  There is so much gaming ahead of us.  But not all games are created equal!  What titles are you particularly excited for (whether they were featured at PAX or not)?  Let us know in the comments!

Gearing Up For PAX West: An Intro to the Video Game…

Square Enix Returns to Form with I Am Setsuna, for Better or…