By Jason Sansbury On Aug 31, 2016 Last updated May 7, 2018
Share TwitterReddItPinterestFacebookEmailPrint

Great nerd things aren’t new. But in some cases we have lost or forgotten the classics. So, to remind everyone, we have a series called “Nerd Nostalgia” where we revisit, remind, and maybe introduce again a nerd classic.

This time we are looking at the two seasons of the cartoon show Thundarr the Barbarian.

Thundarr the Barbarian was made for the ABC network and ran in 1980 and 1981. The basic plot of the show is the world was thrown into an apocalyptic state in 1994, when a runaway planet passed between the Earth and the moon, throwing the world into chaos.

The story is set in 3994, where the world has become a mixture of science, fantasy, and magic. In that world, we follow a roving trio of nomads:

They travel around the world, helping those in need and battling the evil forces of the world. 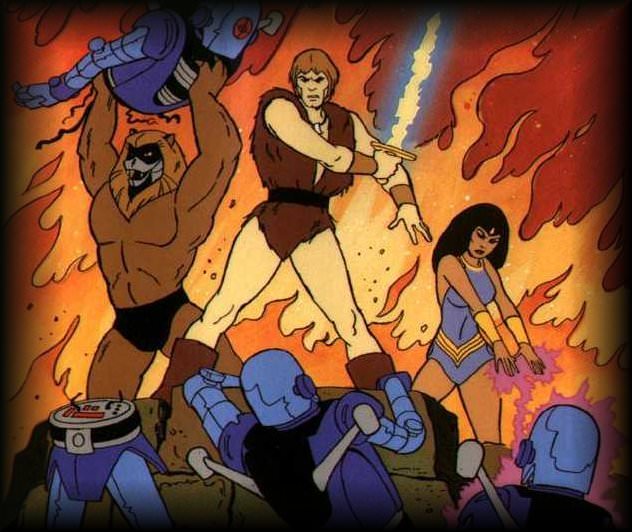 Thundarr the Barbarian is a series that is definitely product of some major influences:

Comic books. The show was mainly created by the comic book legend Steve Gerber, who was working for an animation company that was created to be a rival to the major animation house Hanna-Barbera. (Other Gerber creations: Howard the Duck!)

Additionally, legendary comic book artist Jack Kirby worked to create the visual style of some of the characters and settings of the show.

The Planet of the Apes movies. The basic idea of the Planet of the Apes being set in a far future where we can still see the evidence of this world plays a huge part of the Thundarr mythos. We see such locations as New York City, Cape Canaveral, Mount Rushmore and more. Each episode has a different setting. It creates some fun moments as we recognize twisted places and names. (New York City is Manhat for instance.)

Star Wars. It is impossible to see the third member of Thundarr’s roving band of travelers as anything other than a hairless, hypoallergenic Wookie. Ooklah the Mok serves as a Chewie to Thundarr’s Han. The network forced the character to be added and, to the show’s credit, they were able to do more with him, while still maintaining the wookie trope of an unintelligible language that the viewer would not, could not understand, even as Thundarr does. (And legend has it that the character was named after a lunch near UCLA.)

Dungeons and Dragons. The fantasy world of this show is built to be a D&D campaign. Thundarr is the fighter, no matter what the name say, wielding his Sunsword, a magical sword that magically turns off when he connects it to his wrist guard.

Ariel is the wizard, throwing around spells, usually revolving around light.

Ooklah is the barbarian, quick to charge into battle and grab the nearest available item to destroy the enemies. It clearly is embracing the D&D aesthetic just as the role playing game was becoming more popular. 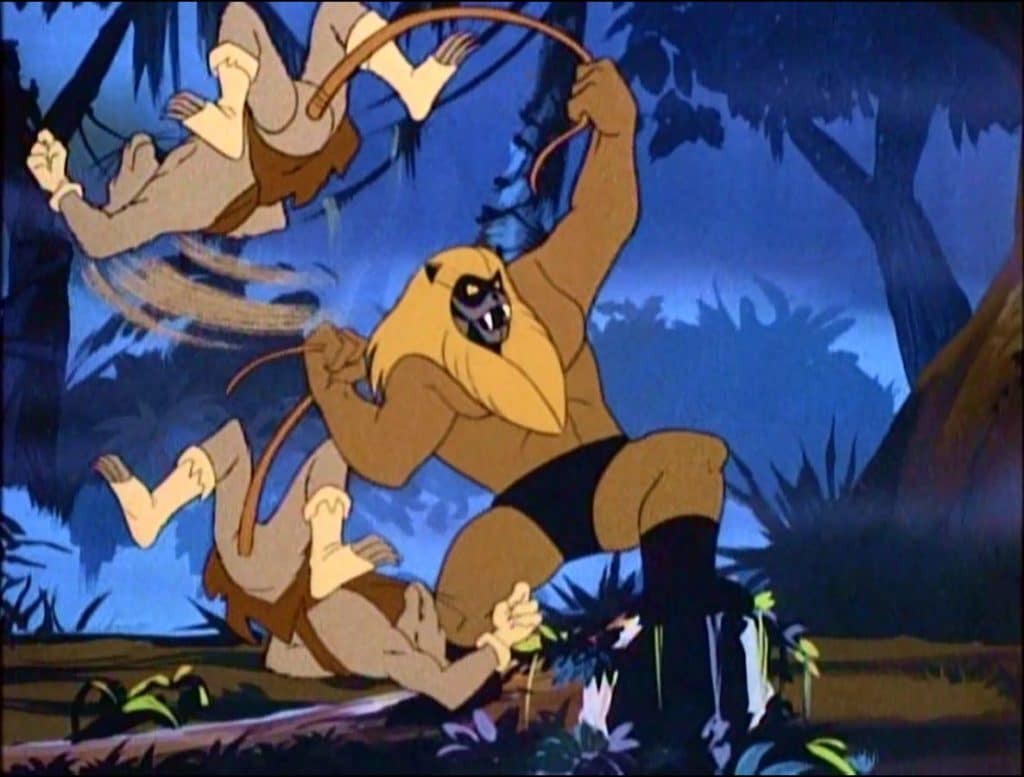 The 21 episodes of the show, produced over two seasons also has some interesting themes. There is the strange merging of fantasy and science, which was revolutionary for this era. It has certainly been done more and more now, but at the time it was unique, especially for a cartoon. That backdrop lets the show create some unique interactions about faith and belief that feel way ahead of its time.

Second, there is a feminist streak that is exhibited in the show from time to time. While it isn’t perfect, the character Princess Ariel serves to be a combatant but also as the one who freed both Thundarr and Ooklah from slavery. (Disappointingly, the show also sometimes turns the sorceress Ariel into a damsel in distress motif a bit too often after that.)

Third, much is made of the battle of good versus evil and darkness. It is pretty unambiguous that there is evil and darkness in the world and that our roving group of nomads must oppose it, especially when others are being targeted. It is a helpful message, especially for children. While I’d argue parts of this show are clearly not aimed at kids, the underlying message is a good one.

Sadly, the show does not appear to be streaming anywhere. You can find some copies on YouTube but in order to watch the whole series, you need to buy them on Amazon, where they are readily available on DVD. (Though it is incorrectly labeled a Hanna-Barbera classic for some reason.)

Thundarr the Barbarian is a nerd classic worth checking out.

Meet Doctor Aphra, a Star Wars Character You are Soon to LOVE