Jason In the last 10 years, nothing has helped pull together small tribes of nerds more than podcasts. The ease of access (both as listeners and creators) has made it easy to find nerds that love the same things you do, maybe even more passionately. So with that in mind, what are some of your favorite podcasts and what makes them good for you?

Joseph I’ll start, and I’ll stick to my top 3 nerd-related podcasts, since I listen to probably 20 or so regularly…

In no particular order: The Nerdist, Limetown, and Star Talk Radio.

Jason So tell us about Nerdist and why you like it so much. 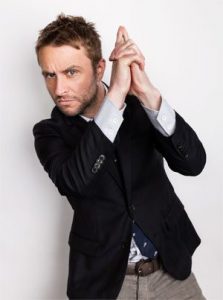 Joseph Nerdist is run by Chris Hardwick, who many people will recognize from Talking Dead, and many older people would recognize from MTV’s Singled Out back in the day. Hardwick is a tried and true nerd, and the podcast runs the gamut from pop culture icons like movie stars to lesser known awesome people like the guy who does a ton of voices on The Simpsons, whose name I cannot remember right now.

It’s always good fun, and Hardwick is a great interviewer. He has a way of celebrating what the guest is famous for, but also prying into how they got to where they are, what motivates them, etc. Plus, there are LOTS of nerdy and/or inside jokes. It’s fun.

Jason So a vast swath of all of nerdom. I can see why you like that. And after you tell us about Star Talk, which I have vaguely heard of, I want to hear about Limetown, as it is brand new to me!

Joseph Star Talk is the podcast arm of Neil DeGrasse Tyson, Inc. It’s also a tv show on some channel, but I think it’s more fun to listen to. He always has a co-host who is a comedian, and is also pretty regularly joined by Bill Nye, of Science Guy fame.

The show usually features Tyson and his co-hosts talking about and dissecting an interview that Tyson conducted with someone famous or accomplished in a scientific field.

It’s typically a good listen, though sometimes I find myself just not interested in the topic.

Limetown is what Stranger Things would be if it was a podcast.

It is Serial + The X-Files.

It follows a fictional reporter on her quest to discover the truth about what happened in Limetown, your average run-of-the-mill secret research facility in the hills of Tennessee.

Jason Oh. So that intrigues me. How many back episodes are there of Limetown and do I have to go back or could I just jump in?

Joseph You would definitely want to start at the beginning, but the good (and bad) news is that there’s only one season, and it can easily be banged through on a long car trip. There are 6 main episodes, ranging from 20ish to probably 35ish minutes, with a few much shorter “updates” thrown in here and there.

There are some genuinely affecting moments on a variety of fronts. Like I said, it’s part mystery, part sci-fi, part thriller, and all couched in the style of an investigatory journalism piece.

If you can’t tell, let me just say for the record that I love it.

Ross I’m legally obligated to ask how it compares to Welcome To Nightvale, which I understand is the audio drama podcast.

Joseph I couldn’t say. I never really got into that one.

Jason Very cool. I haven’t much gotten into fictionalized stories via podcast but it is definitely an interesting genre to explore storytelling in.

Ross do you have any podcasts in that genre?

Ross Hm…I’d say 90% of my podcast subscriptions are NPR programs. I listened to a little bit of Nightvale, but what I really enjoyed was Alice Isn’t Dead, which is done by the same people.

It’s essentially a woman’s audio diary as she drives cross country looking for her presumed-dead wife, Alice. The narrator (narratrix?) keeps passing through a lot of weird towns, meeting creepy people, and generally poking the pseudo-magical underbelly of America.

Jason Very interesting. I am going to have to check both these out. What other recommendations do you have for us Ross? 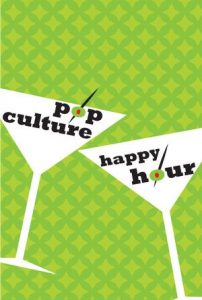 Ross I’d be a very poor steward of public radio if I didn’t recommend Pop Culture Happy Hour to all Nerds On Earth readers.

Jason I could not agree with you more. It is without a doubt one of the best podcasts out there and I have been an evangelist many times. What do you love about its format?

Ross Four very smart, geeky writers (one of whom is usually Glen Weldon, who wrote both Superman: The Unauthorized Biography and The Caped Crusade) get together once a week to review a piece of recent entertainment, whether it’s a movie, a TV show, or a comic.

It’s always a blast. It’s put me on to a lot of things I wouldn’t normally look into, different books and stuff.

Jason Their closing segment of “What is Making Me Happy” is a source for many finds for me. And they have recently started doing live Facebook videos around that theme on one afternoon each week. Phenomenal recommendation.

Ross I love the “What Is Making Me Happy”! And the host, Linda Holmes, always calls everybody “buddy!” It’s so positive and cheerful.

Jason All of them are excellent.  Thoughtful Twitter follows as well!

Have a third recommendation, Ross?

Ross I was going to recommend the Judge John Hodgman podcast (which I do, and you should investigate), but I’m gonna take a left turn and say Freakanomics Radio.

It’s by one of the authors of the book, and every week, they “explore the hidden side of everything.”

They’ve done episodes about why mattress stores always seem to cluster next to each other, whether we should offer payouts to people who refuse end-of-life care…always fascinating.

Jason Interesting. What is one of your favorite episodes if you were recommending one for us to check out?

Ross The one that stands out to me would be their “I, Pencil” episode. If you’re not familiar with “I, Pencil,” it was an essay/thought experiment in which it was proposed that, due to the extensive chain of suppliers, no one person on earth knows how to make a pencil all the way through to the end.

So they tried it!

Jason Is that I one weekly?

Ross Yes, it’s weekly. Every episode is like that, just kind of “huh, that’s cool” stuff.

Jason Definitely adding it to my app.

I will bring two podcasts that I have listened to for over 5 years. I go way back with each and they are 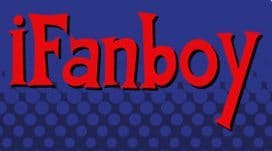 First up, when I first heard of podcasts I searched for ones about comics, even though I hadn’t read them in over a decade. That is how I stumbled into the iFanboy podcast. They legitimately were the gateway that brought me back to comics.

Their site grew large and for awhile was the best overall site on comics. Eventually they had to scale down and now they keep the podcast going. The weekly show reviews the comics of the week and occasionally they take on other topics.

Joseph, with your Marvel Unlimited subscription, you should just go back 6 months and listen from there, as that stuff hits the app.

It has 550 episodes but I do think you can jump right in and you will catch up on the ongoing gags, like the Rebirth ratings and their deep fear of rebar.

And every superhero movie gets a standalone podcast review. You both should check out the Batman v Superman episode, especially since you all come at that one from such different perspectives.

Ross I do love a good reminder of the existence of The Worst Movie Of The Decade.

Joseph It wasn’t the worst, Ross!

Ross You’re right, but I never saw Fantastic Four, so that doesn’t count.

Jason And man, if you want to hear a savage takedown of The Fantastic Four, you need to check out the Slashfilm cast!

It is a weekly review show where they focus on one movie but also talk about other television and movies they are watching. Like my other recommendation, it has been going for years but it got much better when Jeff Canatta joined. Like me, he is a lover of comics, a Marvel superfan and still has wonder at great movies and stories.

Ross I’ll definitely have to investigate that.

Jason IFanboy and Slashfilm cast are definitely ones that I must listen to every week. I feel like both help keep me current find new things to check out.

So our recommendations run the gamut of what can make podcasts great in any format. We have two fictional stories, four pop culture review sites and interview shows and one show to make us think about the world in a new way. Great job guys and I am excited to add your recommendations to my lists!

So tell us in the comments what your favorite podcasts are and why we should check them out!