By Michael Adkins On Dec 23, 2016 Last updated Jan 9, 2021
"Trophies" by Brad.K is licensed under CC BY 2.0
Share TwitterReddItPinterestFacebookEmailPrint

Clave We’ve been writing about nerdy stuff for a couple years now, but we’ve been nerds all our life. It’s only fitting that we’ve used our platform to award the best stuff out there for nerds. Hence, the Nerdie Awards for Excellence!

So let’s spend a bit talking about our award winners. First up was Acquisitions Incorporated, which won the Nerdie for Best RPG Experience. Good sirs, I need your thoughts!!!

Adkins We actually had the pleasure of watching the most recent AI event together. It was my first experience and I absolutely loved it! Lots of laughter, high production quality; it entertained at least as much as most movies do. 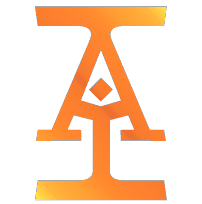 Clave So what do you think the trend of watching others play D&D is doing for the hobby?

Jason I think watching is fun but it should be a gateway drug. Also, I worry watching high end story tellers like Patrick Rothfuss play may run off others from the RPG experience.

Clave Yes, a tremendous opportunity to see that the experience of roleplaying games is engaging! It gets a bad wrap in the larger culture, so AI, Critical Role, and others really did their part in 2016 to lessen the stigma of tabletop gaming.

[Pushes clutch; shifts gears] There were a lot of good movies in 2016 so the selection was tough. Doctor Strange didn’t even make our slate, for example! Adkins, jump in and talk about your Nerdie Award for Best Movie.

Adkins The field was a tough one this year, and we caught more than a couple of questions about whether or not we considered Rogue One. But I’ll go out on a limb and say Civil War still takes the cake.

Jason Yep. Rogue One isn’t a bad movie at all. But Civil War is epic and a tremendous piece of film 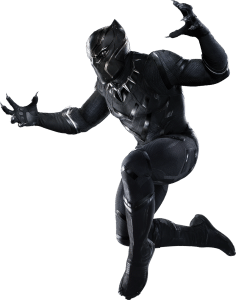 (specifically about who was right: Cap or Iron Man), the one thing we were unanimous about was that movie’s awesomeness.

Clave Jaws, you reviewed these movies for the site. What were your thoughts on Civil War winning the Nerdie?

Jason It was the best movie this year. Champion of the catergory and box office for a reason. It has to do a lot with characters including introducing two new ones and not completely resolving everything. That second part is hard; see Iron Man 2.

Clave Cool. Well let’s shift to TV, since you wrote up our Nerdie there. What was engaging about Luke Cage?

Jason I think it’s authenticity is a big part. It is a show about inner city life that was made by people who have lived that life.

Luke Cage as a reluctant hero works well and the soundtrack is magnificent.

Clave A small slate of 4 means that any of the shows is deserving, making the final selection tough. Adkins, did you have a darkhorse for television show or was your pick Luke Cage as well?

Adkins I honestly don’t watch much TV, so I rely 100% upon you guys and your recommendations. I mean, I was going to watch some Luke Cage anyway because its M@#$Y F@#$%^&^% Luke Cage, but the show held my attention really well and I can’t WAIT to see him teamed up with Iron Fist (whose show I hope is equally solid).

Clave I think our final writer selections largely went lockstep with the votes from our readers, but comics was where the field was wide open. It’s difficult to select a slate of only 4 comics from the Big 2 (Marvel and DC) when they have so many beloved properties. I had never even read The Vision, and I’m a big ‘ole comic nerd. Talk a bit about a selection that is a little out of left field.

Jason It was our Nerdie but I am seeing it on a lot of people’s Best Of… lists. Tom King is the 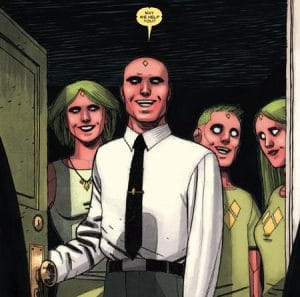 proverbial man. And The Vision story was compelling because it was/is one complete set piece.

Clave Yes, Tom King was the writer our our pick for best Indie comic as well. Ross was masterful in the writeup of that Nerdie, so I’ll just let folks read for themselves. Kudus to Tom King and yay for comic readers who are being gifted with more and more talent in the hobby.

Jason I think it could be one of those books that you can hand to non-comics people and, if they have a bent to that story, they will love it. I still can’t believe Marvel let it happen to a major character.

Clave There will be even more categories of Nerdie Awards coming next year, but what do you think of the overall slate and what the quality means for nerds?

Adkins It makes living into our mission statement easy, man. Sure, there are things that we could complain about and nitpick, but why waste that time when there’s an abundance of the praiseworthy out there?

Clave For sure. There is no reason to hunker down and complain if you are a nerd. It’s too easy to find something you’ll love!

Jason Absolutely. We are living at peak nerd. It is a beautiful thing to find what you love and nerd out on it.

Clave BTW, did anyone order trophies for the nominees and winners? Did we assign that to someone?

Clave Anyone want to call a shot for 2017 or would you rather just bask in the nerdy goodness of 2016’s winners?

Adkins Jason is an accurate shot-caller. I’ll leave the prediction up to him!

You are, too, for that matter.

I’m too slow on uptake.

Clave Well, my prediction is that you two win the 2017 Nerdie Award for Best Besties and All Around Awesome Nerds, which would make your second year in a row. Thank you, gentlemen. I’m going to go follow up with Nash on those trophies.