By The Bullpen On Dec 21, 2018 Last updated Dec 21, 2018
Share TwitterReddItPinterestFacebookEmailPrint

Adkins (Co-Founder of Nerds on Earth and Wakandan wannabe) 2018 was one HECK of a year for nerdy movies. I remember the days when there was a clear choice for the best super hero movie of the year because so few were released…but I can’t say I miss those days! At all. Now there are discussion to be had! So let’s kick off this chat with a doozy: What was the best nerdy movie of 2018 and why was it Black Panther? Natalie, let’s start with you!

Natalie (Starfinder author and dinosaur and alien enthusiast) I see what you did there!

Black Panther was great, and I thoroughly enjoyed it. That said – and I have this complaint about many of the other cinematic universe movies on our list – it’s plot was pretty formulaic and forgettable.

Jeremy (Board game reviewer and lover of third movies) I’m going to need a minute to process this.

Natalie I loved the world-building they did with Wakanda, but in the end, it was still all the Big Heroes coming together to save the day. I didn’t feel like it gave me lore to analyze and dissect. 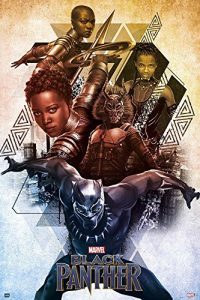 Adkins Is there a nerdy movie from this year that overcomes that critique?

Jeremy If anyone is wondering, I’m still over here being personally insulted by this attack on Black Panther.

Natalie Not one that I saw, no. Looking at our top 15 list of Nerdy Movies, they’re all spin-offs, sequels, cinematic universe, or book adaptations – nothing really innovative.

I would argue that they are somewhat poor adaptations, too – especially Ready Player One.

Jeremy Well, I mean, that’s Hollywood in 2018. Don’t get me wrong, I LOVE seeing these characters and stories brought to life on the big screen, but there are so few original ideas.

Natalie I’m not saying they didn’t provide a worthy two hours of entertainment for the price I paid for the admission ticket – they’re just not _great_ movies.

Adkins I can appreciate the distinction between great and entertaining, for sure.

Natalie Yes – looking at our list, and the ones I’ve seen – they were entertaining, but I’m not going to go out of my way to watch them again.

Jeremy Black Panther, to me, crosses that line to great, though.

Natalie Jeremy, what differentiates Black Panther from the rest of the list?

Jeremy You have a nuanced story with multiple levels of both hero and villain. In fact, my one knock was that they made the B-Villain – Serkis’s Klaue – was almost too great. You had a major villain so well-crafted in his purpose and direction that people actually understood where he was coming from.

And we played all that out inside a culture that was explained well without being overbearing or bogged down.

On top of that, it brought both drama and humor in a way that felt natural.

Natalie Guy coming back to the land of his family to reclaim his rightful throne is a little played out for me.

You say “well-crafted in his purpose,” I say “singulary one-dimensional” 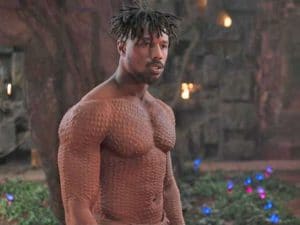 Jeremy Well, he is the villain. There has to be a flaw.

Natalie He’s absolutely the villain. He was entertaining as a villain. I sort of bought his shtick about carving himself with every kill. But memorable? Worth re-watching? Eh.

So let me ask you two a potentially tough but potentially insightful and useful question…None of the three of us saw all of the nerdy movie offerings of 2018. So how exactly did each of you go about picking which ones to catch and which ones to pass on?

Natalie Oh Adkins, you’re provoking me! You know what I’m going to say.

As a true facet of my childhood nerdiness, I loved dinosaurs growing up. Nova and PBS documentaries, The Land Before Time, all of it. The original dinosaurs in Jurassic Park were great. I *LOVE* dinosaurs.

Imagine my utter HORROR at the reboot of the Jurassic Park series.

I watched the first movie of the reboot. It was full of unnecessary, absurd dinosaur death. Even gratuitously showing little baby dinosaurs dying.

Adkins The continuation, as it acknowledges the originals (or at least the very first one)…but continue!

Natalie I saw the preview for Fallen Kingdom, and again, it was filled with gratuitous dinosaur death.

Jeremy I do not recall gratuitous baby dinosaur death from Jurassic World, but that seems like something I would forget on purpose as well. 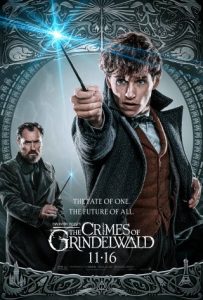 And I’ve got lots of other interests, so fewer and fewer movies make it into the “we’ll get that on Redbox” group. Some good ones – like Dr. Strange – have been pleasant Netflix choices though!

And quite frankly, there hasn’t been much else that came out that I really HAD to see. The latest Fantastic Beasts film fit that bill for me, but that’s a similar case to the MCU movies in our house.

Natalie Yeah. Deciding to see some of the new MCU movies seems as easy a choice to make sometime as Netflix saying “Next Episode”

Adkins For movies that don’t get an auto-watch from me for being related to a franchise I dig, I’m totally a let-my-friends-see-it-first-and-see-what-they-say kinda guy. Not just any friends; trusted ones. Ones who know my friendship with them might well hinge on their honest opinion.

Natalie Other movies seem to rely too heavily on big name producers/directors and CGI budgets while clearly lacking a conceivable plot: see Mortal Engines and Bumblebee (which I know isn’t out yet, but I won’t be seeing)

That devolved quickly from the “I have to see all of these” to “why are they still doing this to us? We aren’t bad people!”

Adkins Is that a Transformer, or your opinion of the franchise?

Let’s close out this chat with a look at what’s coming in 2019. What movie are you most excited about in 2019 and why is it Avengers: Endgame?

Jeremy I’ll jump on this one.

Endgame is exciting, for sure, because it answers questions. They put it on a tee for themselves by closing Infinity War on such a “Where does this go?” note.

And I’m a sucker for resolution in movies. I prefer Return of the Jedi to the Empire Strikes Back. So I’m stoked for both Endgame and Episode 9, which barely qualifies as a 2019 film!

Natalie I’ll see Glass when it comes to the Google Play Store. I’ll probably see How to Train Your Dragon 2 in theaters (dragons!!!) as well as Captain Marvel. They’re remaking Pet Sematary and Shazam…I’ll avoid those. Captive State and Chaos Walking both look…interesting, but I’ll wait to see the final previews for those.

Adkins Wait, wait, wait…are we just going to gloss over the fact that Jeremy said he liked Return more than Empire?!

Jeremy She insulted Black Panther. Let’s focus on that.

Natalie Ahh, as a New England girl, I gotta love Stephen King. He does spooky Maine so well! “Sometimes, dead is bettah!” 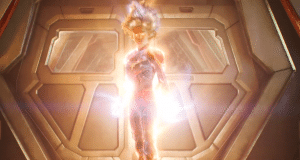 Adkins For me, I am most excited for Captain Marvel. I think I am mostly looking forward to Endgame for closure, but Captain Marvel has me checking my calendar to see if it’s out yet (it isn’t).

And Shazam has my curiosity piqued. The trailers make me laugh.

Jeremy Captain Marvel is going to be fun for me because as a comic newbie, I’m unfamiliar with her story entirely. I’m really looking forward to that one.

Natalie It’s another movie I will see, find it entertaining, and promptly forget as it blends into the seemingly dozens of other MCU films.

Adkins And, Natalie, I didn’t chastise you earlier for dunking on Black Panther for the sake of the chat’s flow, but for shame! That movie is the only reason why I cared that anyone got dusted in Infinity War. When they took T’Challa, I shouted. I never do that.

But I appreciate your position on it.

Natalie Hey, there are all kinds of Nerds out there!

Nerd Chat: What in the world will happen in Avengers 4?