Nerd Culture Highlights for the Week of December 18, 2016.

1.  Here’s a ranking of all eight Star Wars movies.  Do you agree with the order?

Ranking things is fun for those who actually do the ranking and contentious to just about everyone else.  I, for one, agree almost completely with this ranking of the Star Wars movies from least to greatest with the one possible exception of flipping IV and VII if they’re taken as standalones.  But because the former informs the latter, I think its right.  What say ye?

2.  The first trailer for Blade Runner 2049 dropped this week!

3.  Jediism got rejected as an officially recognized religious group in the UK.

While the news might sadden many, there are two great takeaways from the article:

4.  There’s a fantastic three-part crowdfunded documentary on Doom that you should 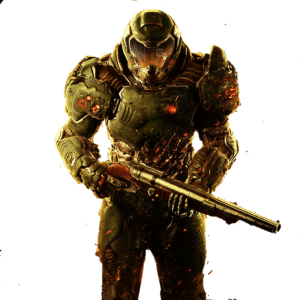 absolutely watch if you’ve played any of the games (particularly the newest!).

The three installments cover all kinds of interesting ground including the franchise’s history and how that history informed many aspects of the game’s most recent incarnation.  Everything from music design to scrapped iterations to rediscovering the game’s roots is covered by those most closely involved in its development.  It gives a really cool behind the scenes look at game development across many fronts and I enjoyed all three parts!  Give ’em a watch!

5.  How’s THIS for a little Christmas morning ambiance?

I seriously think I’m going to spring this on my folks Christmas morning just to see what kind of reaction it garners.  As a big fan of the Child’s Play franchise, just the concept made me laugh more than it should have.

Alternatively, you could allow Chewbacca to regale your house with his own rendition of “Silent Night.”

That’s right.  Technically there are six items on the Friday 5 this week.  Merry Christmas from the Nerds on Earth.