So, all this week, we are debuting the Nerdie Awards, where we here at Nerds on Earth give out our awards for the best thing in a given genre or category and celebrate it. After we have narrowed the list to 4 things, we then placed it as a Facebook poll for you, the fans to vote. And today’s reveal is for the Nerdie Award for Most Excellent Genre Television Show.

Our final four contenders are all great shows. 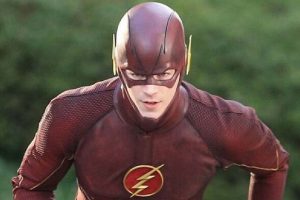 The Flash, season 2. The Flash on CW finished a stellar second season. This show is what you wish DC movies were: gripping, yet funny, not afraid to make fun of itself but, at times, an appropriate amount of seriousness. But, to be honest, this show disappeared from my radar when CW pulled the show off of Hulu. I am not going to download and install another app just to watch any show, much less this one. Maybe I will want to retroactively change my mind when Season 3 comes to Netflix at the end of May, but this programming decision was a misstep that cost this one. (Special shout-out: the crossover episode with Flash and Supergirl in Season 1 of Supergirl is perhaps the best hour of network television in the last couple of years.) 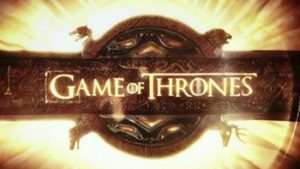 Game of Thrones, season 6. Game of Thrones on HBO. Now, if this award was solely in my hands, this might be the winner. In the last calendar year, I sucked it up and decided to watch this show from the beginning. Now, admittedly, this show isn’t for everyone. There are creative decisions that leave me baffled; I understand that you can do more “adult” programming on HBO. But having a couple people go at it in the background of a scene that is meant to be a conversation is salacious and thankfully that slowed down in later seasons. The world of this show is intriguing, magical and everything a fantasy nerd could want for. With the promise of a resolution over the course of the next two mini-seasons, I am pretty excited about it. 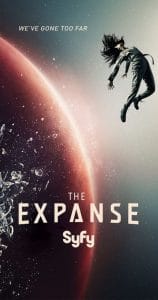 The Expanse, season 1. But if you aren’t a fantasy person and hard science fiction is what you are looking for, SyFy’s (it is still silly) The Expanse seems to be the show for you. None of us here at the site have dug deep on this show but the buzz has been good. The show hits Amazon Prime in a week or so and I will be doing a deep dive on it over the holiday season, in-between viewing of the Christmas classics like Emmett Otter’s Jugband Christmas. The series is based on a long running and very highly regarded book series, so it would seem that like Game of Thrones when it started off, this show has many, many pages of plot and characters to mine as it moves forward into season 2 and beyond. 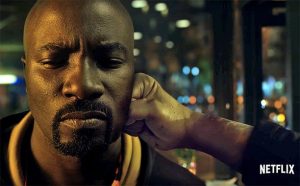 Luke Cage, season 1. But the winner, both personally and in the poll was the amazing and stellar first season of the Netflix original Luke Cage. We’ve talked and written up the show in a variety of ways on the site, and with due reason. This show is a stand-alone in terms of the total package. The casting, the acting done by that cast, the storytelling and the phenomenal use of music make this show a hands-down runaway winner for the 2016 Nerdie Award for Most Excellent Genre Televison Show. If you haven’t seen the show, I beg you to check it out, especially if you stayed away from it because you aren’t into superheroes. Luke Cage is different and I was very pleased that they announced season 2 last week!

The Glass Cannon Podcast: Episode 81 – The Hills Have Eye