Jason So it is Luke Cage week around here at Nerds on Earth and for good reason! Luke Cage is

reaching peak exposure, fueled by the recently released Luke Cage series on Netflix. But before we dive in too deep into the show, how about a quick check-in on how much we all knew about Cage before we started watching the show. How did you know Luke Cage and what did you think about him?

Andrew I’ve never been good at remembering where I learn stuff, but I do known that I’ve known about Luke Cage for a long time. It probably started when I heard the story about Nicolas Cage changing his name!

Jason Ah! That is an old school reference for sure, as a child of the Coppolla family took on the last name of Marvel’s Power Man.

Andrew Much like many comic book characters, I knew Luke Cage was a product of the time he was created, in this case the 70s, specifically the blacksploitation films popular in that decade.

A more family friendly version of Shaft, if you will.

Jason That isn’t a bad connection actually; Marvel wanted a character that reflected that era. But it didn’t last. I actually discovered Luke Cage as a part of Heroes for Hire, when they merged him and Kung-fu sensation Iron Fist into one comic.

And when my X-men loving heart learned that Chris Claremont and John Byrne both had some of their earliest works there, I went long box diving to find more and more issues. For a book that was essentially an effort to keep two characters in the forefront, I think it told some compelling stories.

Joseph And I, being the comic noob, discovered who he was about halfway through Netflix’s Jessica Jones series.

Jason Which isn’t a bad thing at all! It gives you a clean take on just what you mainly know from the Netflix Marvel world. So, let’s dive in. What did you think of season one of Luke Cage on Netflix?

Andrew So good, you guys. From the first moment you know that the people making this show understand the core of Luke Cage, as soon as that smooth funk intro music starts to play.

Very evocative of films like Shaft and Foxy Brown.

Jason Without a doubt, the soundtrack throughout the whole first season is amazing. They use music to set scenes, tell stories and relate to characters. It is so well done and I think one of the reasons the show stands out so much.

Joseph Yeah, I agree. I started reading the Luke Cage comic from the very beginning on Marvel Unlimited a couple of weeks ago, and I’d say that so far this Netflix series is the one that feels closest to its comic-origins feel for me.

Andrew Throughout the episodes they also continued what has become my favorite trend in these shows of making small references back to classic features of their characters.

Every time he said “Sweet Christmas!” I got a little tingle.

And of course, their love of working in the character’s original costume was played out to great effect this time around.

Joseph It’s a modern take, because obviously it isn’t all happening in the 70s, but lots of it feels like it could be in the 70s if you didn’t see clothing, cars, etc.

Jason Yeah. I have to say, there is a part of me that says that prison scene is straight up from the 1970s. It just has a certain vibe. And the pay-off of the classic costume made me both laugh and fist pump a little bit.

Andrew When was that supposed to set, early 90s? Can’t quite remember. 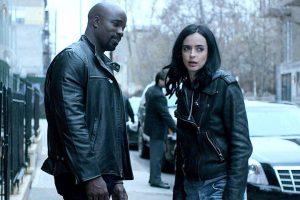 Jason That is the thing. We don’t really know. It would have to be mid 90s at the earliest, given the events that spin over into Jessica Jones. But I applaud them for evoking an era that seems to say “Black men like Luke Cage been fighting this for a long, long time.”

Joseph If you trace a timeline from the events of the show backwards, it can’t have been very long ago. Pop makes a comment about Luke having been around for about 5 months, and if you figure that this show takes place after the events of Jessica Jones (they even reference her slyly as Luke’s “rebound hookup”), then maybe the Jessica Jones stuff was 6 months before that? And it doesn’t seem like he’s been around forever at that bar in Hell’s Kitchen…

Andrew But we don’t know how long he and Reyna were together outside the prison before, you know…

Jason Yeah. I got the impression Pop knew Luke from well before and Luke was just hiding out there post-Jessica Jones.

Andrew Speaking of which, MAN, that reveal of Reyna being a double, triple, whatever agent. Heartbreaking.

Joseph Yes it was!

Andrew They really give it to the heroes in these shows, what with the psychological torture of Jessica Jones, and now this.

Joseph The look on the doctor’s face when he said, “You weren’t supposed to see that.”

Andrew And the regular torture of Daredevil, I suppose.

Jason It definitely caught me off-guard. I was definitely in the Luke position of that there is no way this woman he was learning to trust could be against him like that.

Andrew We can hope at some point in it all she really became on his side, but who knows.

Joseph Okay, so can I ask a question of you two concerning this show?

From top to bottom, has there ever been a more perfectly cast TV show?

Jason I have to say, it is pretty amazing.

Andrew After seeing Misty Knight in her red get up at the end, I gotta say, probably not.

Jason I think the show breaks down into two mini-seasons really. Season A is Cottonmouth centered and right until that special bullet hits Luke. Season B is the back half. Both are interesting in their own way but I also think very different. 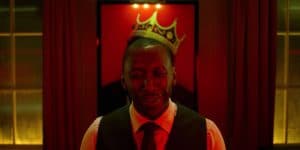 Andrew Mahershala Ali really stole the show as Cottonmouth, though.

That laugh is haunting.

Joseph Yes! And I’m not even in the position to make judgments about how the actors brought the comic characters to life, or didn’t, or whatever. I just thought every actor/actress who had anything important to do on screen at all was perfect for the part as it was written, and that they absolutely nailed every performance.

Jason And the episode where we get his backstory really helped humanize him. I mean, they killed him right after but it did humanize him.

So, favorite scene or moment from season one?

Andrew I mean, I loved so much of it, and I always appreciate when these movies and shows get super comic booky,

Jason That was pretty great.

Andrew Though I’m the only person who didn’t realize he was rapping over the theme song apparently.

Joseph That was my first instinct, too. But honestly, for me it’s got to be the moment that Mariah turns on Cornell. That was just such a shocking moment, and turned the story in such a different direction. You kinda got set up to think of Cottonmouth as “Harlem’s Kingpin” or something like that, so for him to make an early exit was completely not on my radar.

That scene had a lot of gravity with the subject matter, too…

Jason Definitely was a shocking moment and you saw how it could have triggered strong emotions for her.

Andrew The point where it turns and you learn that she’s Mama Mabel’s true heir, not Cornell.

Jason I think for me, the fight with Diamondback and Luke in the theater was something. It showed that Luke is more than powers. He took that fight on with pure heart. I think that moved him into a different level from that point on.

So, as we close, what do you hope for as you see more of Luke Cage in the future?

Andrew First off, I hope that when he gets back from Georgia, Misty has put up a sign in front of Pops’ old place that says “Heroes for Hire”.

Joseph Oh the barbarshop is DEFINITELY the Heros for Hire office, right?

Jason Yes! The definitely would be a great direction for it to move into.

Andrew Also, shoutout to the Georgia penal system, I guess?

Jason Here is what I hope for. If I can’t buy a Luke Cage tacky sweater that says “Sweet Christmas” by the holidays, I will feel like the whole world has let me down.

Joseph Maybe they’ll mash that up with Ken Bone… 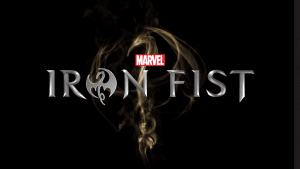 Andrew Can’t wait for the Defenders next year (?), really looking forward to how they work these disparate characters together. Poor Daredevil’s not gonna know what to do with himself.

Jason And before then, enter the Iron Fist!

A Recap and Review of Agents of SHIELD Episode 403: Uprising