By The Bullpen On Dec 28, 2018 Last updated Dec 27, 2018
Share TwitterReddItPinterestFacebookEmailPrint

Adkins (Co-founder of Nerds on Earth and Achievement Hound) Nerds…I have a confession to make. I didn’t buy a single new video game in 2018. I had to tap a couple of ringers to make this chat possible. Sam, Heaton: Pardon my shame and set me on the path to recovery by letting me know what I missed this year by neglecting my consoles. Let me get a top 3 from each of you, with #1 being THE best video game of the year in your estimation. Sam, you first!

Sam (Game Dilettante) Honestly, I just started getting a lot of the 2018 released AAA games with the end-of-year sales, so top three of the ones I did play would be:

3. Subnautica – which finally saw official release after a couple years in game preview a few months ago.
2. Spider-Man – *the* best Spider-Man game since the Spider-man 2 movie tie-in for the original Xbox.
1. Graveyard Keeper – I am a sucker for farming/crafting games and this one ate up several weeks of my free time. Think Stardew Valley with a more immediate plot and a focus of a cemetery rather than farming.

Adkins Okay, so Subnautica and Spider-Man I am familiar with…but not Graveyard Keeper. 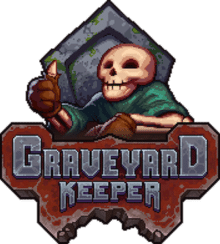 Heaton (Expert on Useless Things)I’ve seen some of that one, but never did try it myself. Was that not last year, though? All the early access stuff is blurring lines for me.

Sam I thought it was brand new to Xbox One when I snagged but it was on steam prior to that. Let me check.

Heaton Ooooh, didn’t realize they had brought it to consoles.

Heaton Hey, I had Diablo 3 for consoles on my top 10 when it came out, and that game was like 4 years old, lol.

Sam Google says that the release date was August 15th, and the internet never lies to me.

Heaton That must be nice.

Adkins So Sam: Your three games have quite a spread of play styles. What sets Graveyard Keeper apart from the others for you? Especially considering Spider-Man won our Nerdie for Best Video Game of 2018!

Sam There’s something about survival/crafting games that really scratch an itch for me. That’s why Subnautica makes my list too, but since I played it pretty heavily in beta I couldn’t rank it higher. Graveyard Keeper has all the crafting I’m looking for with a healthy dose of dark humor (e.g. you can harvest flesh from the corpses you bury and sell it to the tavern keeper as meat once you get an official seal). It’s the kind of game you can play while catching up on podcasts (like No Man’s Sky).

Adkins I do enjoy a game that let’s me multitask!

Heaton You sure you only want 3? I’ve got 17 bangers lined up.

Adkins This is why I tapped you for the chat! But we have limited space, so yes – Just 3 on the chat, and you can catch me up on the other 14 over pho.

Heaton Well, my own personal number 1 was actually Marvel’s Spider-Man, but since that’s already been brought up twice I’ll go with 2 through 4. 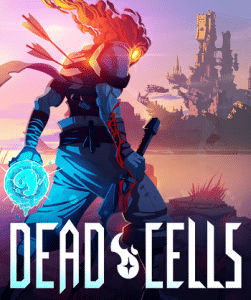 If you have ever enjoyed any of the myriad rogue-like/rogue-lite/rogue-like-like/whatever games that have come out in the last 5 years or so, you owe it to yourself to try Dead Cells. It’s been a long time since I’ve played a tighter feeling 2D action game, even with the insane variety of weapons you can use, each one feeling unique and yet still perfectly realized.

Also, Motion Twin (the developer) have been putting out a near constant stream of updates, with all kinds of new items and features and balance and bug passes. It’s the best example of long term support I’ve seen of a game in some time.

Sam Is Dead Cells sci-fi or fantasy? Or, dare I hope, a combination of the two?

Heaton It’s pretty fantasy-ish, if you had to put it in one of those categories. Lots of swords and bows, no guns (at least not that I’ve found).

Best I can figure, you play a mass of weird green cells that inhabit dead bodies to fight your way out of the dungeons on some ancient island kingdom.

Adkins Dead Cells has been on my radar, yeah. I like the retro feel and look of that style game. Glad to hear it is awesome! There have been a few 2d platformers that I’ve heard were great this year.

Heaton You should definitely get on it, the combat is simple yet satisfying, and the motion is almost as tight as Super Meat Boy, in my opinion.

Number 3 is probably a little mainstream, but whatever, I love it: Super Smash Bros. Ultimate.

Adkins I’m not surprised Smash made your list. I saw your face the day you got it. Elation.

I’m still a little salty about the Zelda/Shiek and Samus/Zero Suit splits they did to allow their cross console release last generation, but Ultimate is a great time, and there’s a metric ton of bizarre nostalgia caked all over it.

Adkins So what’s your number one?

Heaton My number one, by which I mean my number 2, is God of War. Not the old one. I hate when they repeat game titles.

Sam I just started that one. I am not good at it. I may need to admit defeat and drop the difficulty to easy to actually make progress.

Adkins Alright, so I’ve got a wide range of games to catch up on, for sure! In an effort to keep me from falling further behind, what titles should I absolutely keep an eye out for in 2019? What is coming that I should not miss?

Heaton Well, are you one of the crazy people who likes Kingdom Hearts?  Because I am, and somehow 3 is actually coming out next month, apparently.

Sam I have a number of friends excited for it, but the series passed me by.

Heaton Luckily we learned a few weeks ago there’s a new Mortal Kombat coming next April, right on schedule, so that should be awesome.

If you haven’t tried the last few Netherrealms releases, they’ve really stepped up their game, though I’m a little nervous after the weird costume blind boxes from Injustice 2.

Adkins Is that Cyberpunk game you’ve been in my ear about coming out in 2019? 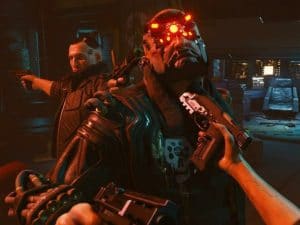 ‘Cause it looks sick.

Sam, what recommendations do you have?

I’m looking forward to The Outerworlds, a new game from the folks behind Fallout: New Vegas? Yes, please!

Heaton Hoping that turns out well. I never did finish New Vegas, but I know people love it.

Sam And if my googling is to be believed I’ll have a new crafting/surivival game in My Time at Portia mid-January!

Adkins What’s the “flavor” of My Time?

Sam It’s got a steampunk feel based on the trailer.

Heaton But hey, is that a farming game from Team17?

Sam Do they have other games you’d recommend to tide me over until this gets released?

Sam The last one I’m excited for is a console release of Pillars of Eternity II.

Adkins That sounds like an RPG of some kind. JRPG?

Heaton Oh man, I still need to finish the first one.

Sam Nope, in the vein of Baldur’s Gate.

Heaton Pillars is Baldur’s AS HELL.

Sam Plus the cast/players of Critical Role voice the characters in this game.

I also need to finish the first one. One day my keep will be complete.

Adkins Well, I’m going to have to keep you both ‘on call’ for 2019 to make sure I don’t fall this far behind again. But for now, I’m putting an end to this chat so I can get back to Divinity: Original Sin! You know…that great game from 2015…(I’m so sorry…)

Sam There’s a Divinity II out now as well.