Adkins I have to admit that I am the first to get annoyed with anything relating to the Christmas season before Thanksgiving. Let’s take these things one at a time!

But there’s something to be said about anticipation. This week, we’re ignoring the fact that we still have 29 days left in 2016 and we’re looking excitedly at what 2017 has in store for us…specifically when it comes to video games.

Andrew: Since you’re easily our most prolific video game player (and we’re likely peeling you away from one to participate in this chat!), why don’t you start us off. What can’t you wait to purchase next year?

Andrew Man, I’m not even done with 2016. I finished Pokemon Moon a couple days ago, just started Final Fantasy XV an hour ago, and I think Last Guardian comes out next week.

First thing I’ve got coming up next year though is probably Persona 5?

Adkins Chronologically speaking, or by desire?

Though I did forget, they pushed that back, so the first actual release I’m buying may be Ghost Recon: Wildlands

But whatever, Persona 5 is cooler.

Adkins Fair enough! Tell me about Persona 5, because I saw it on a lot of Most Anticipated lists and I’ve never heard of Persona 1-4. What kinda game is it? What’s got you excited?

Andrew The Persona series is one of the many subsets of games in the overarching Shin Megami Tensei line of games that have been coming out at least in Japan for over 3 decades now, I believe.

Not quite 3 decades, but close.

The Persona games are one of the more, perhaps, “traditional” JRPGs of the bunch.

Andrew In the Persona series, like other games of the ilk (e.g. Final Fantasy, Dragon Quest, what 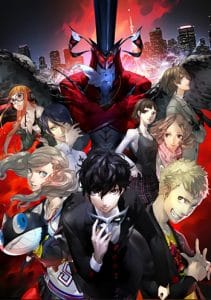 have you), you take control of a group of heroes with magical powers of some sort or another and fight to save the world, in simplest terms.

This series is interesting because, in a lot of ways, it’s more down to earth than other JRPGs. Like in Persona 4, your heroes were just a group of japanese high school students trying to stop a serial killer who was terrorizing their town.

Of course, they did this by fighting the incarnations of bad emotions in a shadow world using the semi demonic manifestations of their true selves, but still, down to earth.

Adkins Relatively, sure. I can see that.

Jason And any news on what the setting for 5 might be?

Andrew I believe in 5 you’re still high school students, as all the games have been, but now your rambunctious teens are part of some sort of secret high class hacker/thief team.

The rock, not the cartoon cat.

Jason I always love a heist!

Adkins Sounds interesting. Doesn’t seem like you need to have played 1-4 to buy into 5. Am I right?

Andrew Oh no. While they’re not as disparate as the various Final Fantasies, the Persona games are standalone experiences, though they do take place in the same world so it’s fun when sometimes you run into an older version of one of the protagonists from a previous entry in the series.

Jason Well, I am not the “buy day of release” guy anymore, so I buy stuff 6 months later.

Adkins I think we actually did buy Overwatch when it dropped.

Jason But there is one title that has caught my eye: Bloodstained: Ritual of the Night. It is made by the same guy who made the Castlevania series. Which has some deep deep nostalgia for me.

It seems related but not tied together. But the game play stuff that I saw has me interested.

Adkins Is it going to be a side-scroller like the good ‘ole times?

Adkins I know of several games that have kept that 2D movement with 3D graphics and worked well.

Jason And I love that they started the game on Kickstarter. Grass rooting it!

Andrew Been a lot of that lately with the old designers leaving their home companies.

Adkins Guys, I do believe that I’ll be buying my first Nintendo console since the Gamecube dropped in 2001 so I can play Legend of Zelda: Breath of the Wild.

Jason It does look intriguing. So what about the adventures of Link in this one has you fired up?

Adkins That’s a really good question that I have a really difficult time trying to answer apart from a very significant nostalgic foundation.

But there is something Ocarina-of-Time-y about the visuals that I didn’t see in the last few console versions.

Andrew While we’re all nostalgic for the old Zeldas, this one is quite a departure in many ways.

Jason It is amazing to think how rooted we are in some game franchises. But how is this game advancing the genre?

Adkins Andrew may have a better handle on that answer than I do. I’ve really only seen a little bit of gameplay in the commercial for the Switch and the e3 trailer. What’s new and do you think it’ll be awesome, Heaton?

Andrew I don’t know about advancing, more catching up. Nintendo has always been very conservative, perhaps most so with Zelda, but this new one is stepping out a bit.

One of the more glaring ones I can think of is the way equipment is handled in this one, which is to say, at all.

You seem to be able to equip different armors which are reflected on Link himself, as well as using all different kinds of weapons that degrade over time, instead of just getting the Master Sword and going to town.

Some of the more important enemies they’ve shown seem to have a more technological bent to them than older varieties, as well as the world itself. I’d assume some sort of lost technological empire sort of thing going on, but we won’t know for another few months.

One seemingly new feature may be the oldest of all really, as like many other open world games these days, you can supposedly tackle the dungeons and challenges in any order, like the original Legend of Zelda.

Jason So a way to level up in gameplay.

Adkins That only sells me all the more on it.

It would take one heck of a bad series of reviews to keep me from springing for it.

Jason I mean, everyone loves leveling up. So it is on a new platform?

Adkins It’ll be on the Switch (the yet-to-release console) as well as the Wii U.

Andrew Much like Twilight Princess before, I wouldn’t be surprised to find that the last gen version might be quite difficult to come by, so if for some reason you DO want to play it on the Wii U, better keep your eyes peeled.

Trying to pick just one out of the dozens that have already been announced is like trying to pick a favorite child (or so I’m told).

Adkins I’m sure it was the most difficult for you, Andrew, so thanks for picking favorites.

I look forward to your review of Persona 5…and many more…next year.

Andrew Sorry, I gotta get back to Coleman™ presents: Final Fantasy XV. 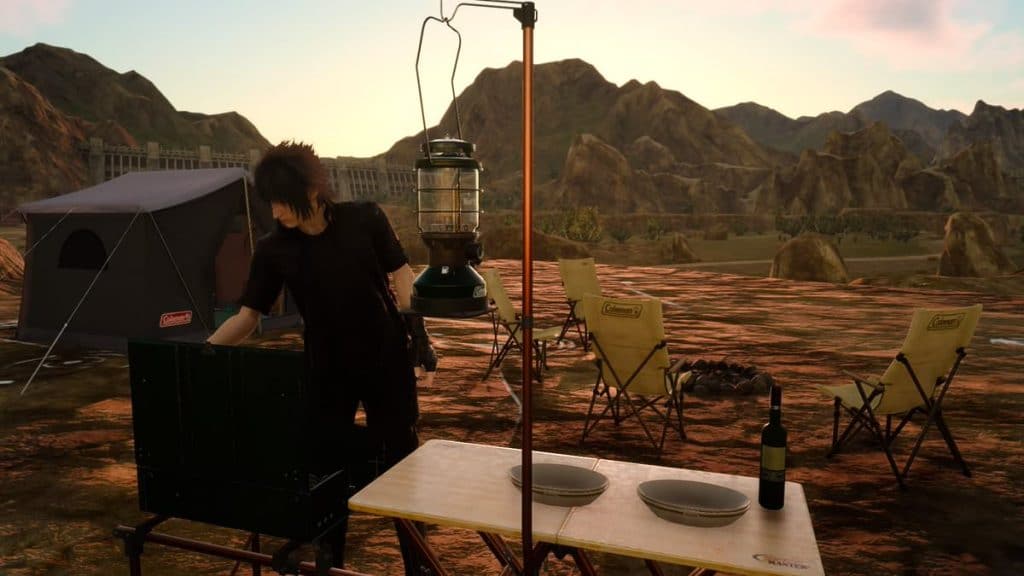 Jason Which I will be playing in August.