In the movies and television show we love, the monsters are almost always symbolic of something, whether it be a cultural fear or human emotion or whatever. There’s the lure of Dracula that corrupts chaste young women. Frankenstein is a metaphor for us losing our humanity. A doppelgänger makes us wonder if even our most trusted friends are who we think they are. The Wolfman highlights anxieties about succumbing to our primal natures. And zombies signify the inescapability of death.

Or some such pretentious thing; I don’t know. We’re not earning a graduate degree in psychology here, but I think you get my point.

Vampires, zombies, and werewolves have all had their moments in pop culture media where they were highly interesting and relevant precisely because they spoke to the human condition. But it’s an entirely different ballgame when you are talking about the same creatures in a roleplaying game.

The issue of monsters in RPGs is that they operate differently than monsters pretty much everywhere else. In RPGs a monster is a set of stats and abilities that are designed to give a specific level character an experience appropriate for that level. For example, Dragons are color-coded so you know which ones are appropriate for the fighting, Giants are organized by size so that players aren’t coming in at an inappropriate challenge rating.

Three zombies are a challenge suitable for a party of four level 2 characters. The zombified metaphorical context is stripped away so a DM can plop the creatures down in a game. Sure, there is often a story twist like the beloved inn keeper has been raising the dead the whole time! but in the end, you roll initiative against the stat blocks.

Boy, when you put it that way, it kinda sucks the magic out of it, huh? But that’s just how RPGs work. Remember, a roleplaying game even without the roleplaying still needs to be a serviceable game. To make the game work, you need the stat blocks to work.

That’s not to say that D&D monsters don’t bring flavor! Sure, they provide proper game progression and balance, so they understandably don’t carry the same metaphorical weight as in a novel or whatever. But that doesn’t mean they skimp on entertainment value or are devoid of all symbolism!

So let’s end this article in talking about monster flavor. D&D’s brand new Volo’s Guide to Monsters has actually served to dial up the flavorometer. The entire first section of the book digs into the lore of common D&D monsters to learn more about what makes them tick. It might not have the zeitgeist of Mary Shelley writing Frankenstein in 1818, but it’s darned good and a helpful reminder that story entertains just as much as rolling a d20. 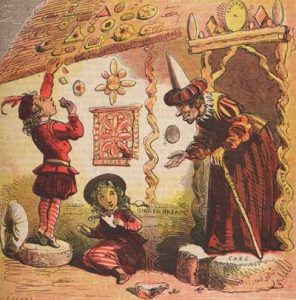 Let’s first talk about hags. Hags have been a part of literature as far back as Hansel and Gretel. In fact, the term “hag” had its origins as an abbreviation of Hansel and Gretel. This may or may not be true, but let’s not test it, as it works for the purposes of this article.

Hags work as a symbol that taps into that childlike fear of being lost. And the theme of a deserted and alone mother play as well. There is a lot of real life emotion and anxiety that is expressed through hags. Sure, they get a stat block and the various types of D&D and Pathfinder hags are clearly ordered so adventuring parties interact with one at the correct challenge rating, but that doesn’t lesson the fact that hags ooze flavor. Volo’s Guide taps into this well. 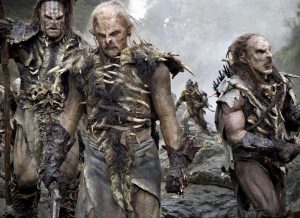 We should also talk about orcs.  I’ve written whole articles on just orcs, as I love those tough, nasty buggers. Before zombies served as a frightful and faceless horde to serve as a villain for our stories, orcs fit the bill. The maestro himself, J.R.R. Tolkien, didn’t even try and make orcs sympathetic in any way. They were portrayed as savage, unfeeling, and brutish, bred simply to kill you.

But is there more to orcs that simply serving as a symbol of an advancing threat against civilization? How do their families work? What is the structure to their day. What motivates them? These are good questions to ask, and again, newer roleplaying products like Volo’s Guide are providing answers.

But let’s not get to sympathetic to orcs. We need them for the XP. (Again, more on orcs here.) 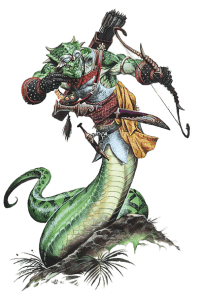 Yuan-ti are creepy creatures who go back to ancient folklore. Yuan-ti (like Naga) have roots that go back to ancient Babylonian, Kemetic (Egyptian), Sumerian, and Assyrian cultures, and were even referenced by ancient hymns describing serpents in the genealogical table of Assyrian kings.

Personified serpent gods were very common in the Buddhist countries of Asia as well, typically having the form of a great cobra. Serpent people are depicted as statues on Cambodian temples such as Angkor Wat. In Thai and Cambodian legends, reptilian races of beings were said to have once ruled a large kingdom in the Pacific Ocean region until they were chased away and sought refuge in India.

When the Sumerian and Assyrians migrated east and the tradition of serpent worship slithered up the Indus River with them. That brings us to India where the serpent-bodied creatures are seen as ancient rulers and where the modern appearance of creatures such a Yuan-ti as large snake-like creatures with humanoid heads was codified. In fact, Krishna, in addition to his being an incarnation of Vishnu was also thought to be under the protection of the cobra.

Do Yuan-ti have killer stat blocks? Of course. But also let that lore slither through your game. 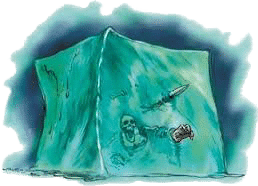 Now let’s get silly. Some D&D monsters are just straight silly. They didn’t have their origin among troves of folklore history. Once upon a time someone just thought, “Hey, let’s mix an owl with a bear and throw it at our players” and the owl bear was formed. At another time it sounded like a good idea to put an invisible jello mold in a dungeon and the gelatinous cube plopped out.

That’s silly stuff that doesn’t get as much into folklore as it allows players to tell a fun story around a table, which is what it’s all about.