FX’s Legion: The Beginning Leaves Us with a Legion of Questions

Overwhelmingly, the critical response to the new FX show Legion has been surprise. Most the reviews I read before talked about how everyone is worried that we are reaching the “too many superheroes” moment. But then, they praise the Marvel show based loosely on the mutant Legion aka David Heller, son of the leader of the X-men Professor Xavier. And after watching the first episode I am clearly thinking that I need to see more. 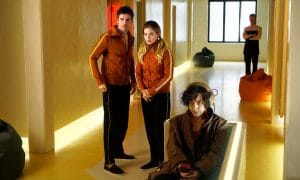 There are parts of FX’s Legion that are undoubtedly excellent. This show is the best show I have seen since Hannibal in terms of just pure visual beauty. It is set in the past and uses that setting and decor to peak levels to create a beautiful cinematic experience.

Honestly, the beauty of this show embarrasses some of the modern superhero movies with their bland colors and CGI effects. That is turn makes it understandable that the critics have praised it. But, there is a ways to go before the story reaches the same level.

Part of the story and how they are choosing to play it out on the show is rooted in the lead character. Legion is a character in the comics with multiple personalities; the show is playing around with that, having just far only declared him as being schizophrenic. And as the show is told mainly through his perspective, he is the most unreliable of narrators, which made the show a bit frustrating for me.

It isn’t just that the story suffers from the lack of understanding what is real and what isn’t; it is that it is so mixed up that the audience doesn’t understand what to pay attention to, if anything. But even more so, we fail to grasp the nature and history of the character. 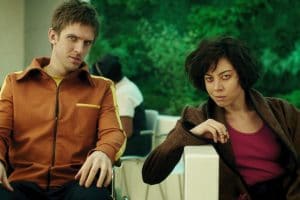 Not that all of that means that there are not some interesting things that the show could build on. There are parts and plots that could be woven together over the course of the season. For instance, Rachel Keller is outstanding in the role of Syd Barrett, a mutant character that Heller develops feelings for, assuming that she is real.

Aubrey Plaza plays a character that we encounter from the beginning of the episode as Legion finds himself in a mental institution. As the episode progresses, there are hints of Legion’s past, including a family that doesn’t exist for him in the comics, which honestly should make him a much more interesting character, if it is real. 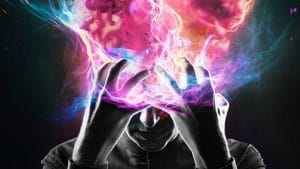 The central plot seems to be around Legion being a part of a battle between a mutant organization and some other group that wants to capture Legion. All of that culminates in a spectacular fight at the end of the episode that, again, feels as good or better than any movie in recent memory.

All of this to say, the first episode of FX’s Legion is an interesting beginning for what will be a short 8 episode season. This first episode runs 70 minutes and the show capitalizes on it but it also is all over the place story-wise.

Recognizing that intentionality, I have serious concerns about whether or not that style and storytelling is sustainable over the course of a season, even a short one; at some point, there needs to be some certainty for the audience, even if there isn’t for the main character. But I am definitely tuning in to check it out. 6.5 out of 10 nerds but I am definitely looking forward to see what is coming next.