I remember the first Power Rangers movie. I thought the ninja costumes were really cool, and that Ivan Ooze was scary. Beyond that, it’s kind of hazy.

Huh. I guess I don’t remember the old Power Rangers movie after all.

I can almost guarantee that this time next year, I won’t remember the new one, either. 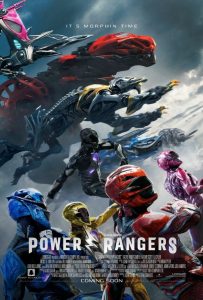 I’m not a studio executive (for a lot of reasons, that’s probably a good thing). But I’m pretty sure I can imagine the thought processes over there at Lionsgate: Those kids that used to watch Power Rangers, they’d be, what? Late 20s? Early 30s? With jobs and everything, right? Why don’t we make a movie for them?

That’s how we ended up with this:

Look, I’m as human as the rest of you (except for our friends on Frolix 8 busily intercepting all earthly communications. hey guys!). I got a thrill hearing the stinger at the end there. But if past experience is any indication, this movie is going to be a disappointment. And I know why.

Every wannabe franchise is trying to be the next Guardians of the Galaxy, unaware that Guardians of the Galaxy was only able to pull off its success because it leaned into how goofy it was (we’ll set aside the half-dozen or so films worth of goodwill Marvel Studios had put together before that). It had talking animals and funny music.

There’s a way to make this movie successful. Two ways, actually. The first is to realize that Power Rangers is a series for small children. That shouldn’t be difficult to grasp: the main characters are literally dressed in single, primary colors. They yell out what they’re about to do so that everybody watching at home can follow along. The monsters are bad guys in rubber suits. If you wanted to make a massively successful movie, you’d embrace that. Every kid between 4 and 12 would drag their parents to it five times, and it would spend a decade at the top of the box office. 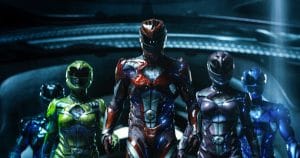 Now, understand that I legitimately don’t know how much cultural currency Power Rangers has with kids. In the above example, I’m assuming the power of a marketing tie-in blitz and the attraction of 85 minutes of sparks and explosions is enough to put butts in seats. I don’t know if little eyes light up every time somebody says “Power rangers,” and I know better than to run around elementary school playgrounds asking children about fantasy people in bright suits.

But what I do know is this: appealing to nostalgia (with the music, the names, and the catchphrases) is a nonstarter for kids who weren’t born when the original show was airing. You can’t be nostalgic for something that happened before you existed.

The other way is to say “So, wait, the kids who liked the old Power Rangers are grown-ups now? Why don’t we make a movie for them?” In this version of the movie, you would force yourself to ignore the weight of the brand name (maybe a self-lobotomy, I don’t know) and start from the premise that you were going to make a violent teen action movie for 27-year-olds. Instead of embracing the bright colors and silly monsters, focus on the potential for superhero karate fights.

The cast is great–you’ve already got Elizabeth Banks, Bill Hader, and Bryan Cranston as the voice of the floating space head.You could make a loud explosion of a movie that befits the insanity inherent in the premise. It doesn’t have to be dark either–21 Jump Street and Keanu are no less violent for their hilarity (by now I realize I’m just drafting my own version of a raunchy teen comedy that also has superhero karate fights, so I’ll move on before I give away any more of my ideas).

But none of this will work, because…

Because this movie is trying to do both: it’s counting, inexplicably, on the idea that millenials will somehow be nostalgic enough about Power Rangers to run to theaters, while at the same time trying to jump-start the next teen action-drama series among the pre-teen demo. When you try to do two things perfectly, you do both poorly. There’s no way this movie is going to bright and accessible enough for the kids who could drive the merchandise success of a movie like this, and it’s almost impossible that it will have the adrenaline of modern-day action classics like John Wick or Dredd.

Here’s what it almost certainly will have:

2). Elizabeth Banks as a Rita Repulsa that’s too scary for the younger kids and too cheesy for the older ones.

4). A climax that involves the Megazord.

That last one would be cool. But still.

There are exceptions to this. As with to everything. For example, there’s Guardians of the Galaxy, which, I think, succeeded because it didn’t try to overlap between the “gotta be toyetic” and “gotta be edgy”. I skewed to the young and old, and trusted the middles to catch up. Think about it: the soundtrack wasn’t in there for the kids. John C. Reilly wasn’t in there for the kids. This was a movie you could take your kids to, bop along to the soundtrack, and giggle at the clever writing, not a movie that wanted to prove it was cool.

And then, of course, there’s the massive, Michael Bay-sized elephant in the room. Between Transformers and Teenage Mutant Ninja Turtles, Bay is printing money. I don’t want to speculate on his (to me, inexplicable) successes. I’m sure it has something to do with Chinese markets, but I’m not Chalmers Johnson or anything, so I won’t speculate.

Look, nobody wants the Power Rangers movie to succeed more than I do. But I’ve been burned before.

Prodigal Nerd – How I Rate Movies, and a Review of Power Rangers