Our heroes continue south at Sir Will’s request to snuff out the wight menace (he’s a pally and cannot stand to allow the undead to…umm…live?) in episode 90 – Big Willy Style.

As the party recovers after a draining battle with Marsh Giant Wights, another decision on which way to go next leads to a foreboding dead end. 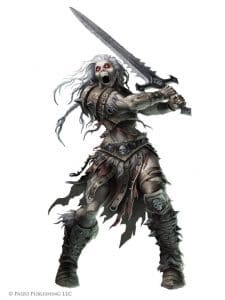