The GCP crew encounters an old friend.  The last time they faced a girallon, Troy was frustrated by the relative ease with which the adventurers dispatched of it.  Will that prove the case in Episode 109 – I Bleed I Can Fly?

Deep within the Dark Passage, a painted cave comes to life and devastates the party on all fronts! 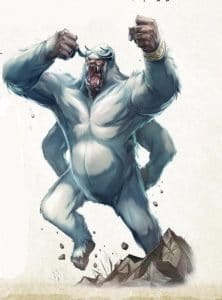