I live in Minnesota, so mental health dictates that you try to travel for somewhere warm for a week during the Winter. And when I vacation, I love to read.

Energized by the power of the sun, I read 6 books last week and I want to share them with you in case you are looking for a little nerdy reading.

One quick note: I’m not looking to learn on vacation. So most of what’s below was chosen because it’s fluffy and fun. 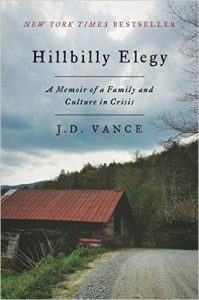 Hillbilly Elegy: A Memoir of a Family and Culture in Crisis by JD Vance was the first book I read. It’s a memoir about growing up in a poor Rust Belt town that offers a broader, probing look at the struggles of America’s white working class.

It’s a book that has rocketed to the top of pretty much every best selling list as folks are looking for narratives to help them understand America’s latest election.

OK, I broke my rule about fluffy and fun, but I grew up in West Virginia, so it was a book that I really wanted to read, being that the story was centered geographically very near to my hometown.

You can get Hillbilly Elegy from Amazon, where it is selling by the pickup truck loads. 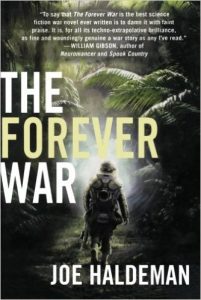 The Forever War by Joe Haldeman was the second book I read. The Forever War is a science fiction classic that I had somehow missed, so I felt like I should give it a look.

It’s a book that was written just after the Vietnam War and was written as a biting commentary on that conflict. there is even a character named ‘Charlie’ in the book.

As such, it’s a book that hasn’t fully held up in that the metaphors don’t play as strongly so far removed by the cultural turmoil surrounding Vietnam. Still, it’s a solid science fiction book in its own right and I can easily see how the book originally generated as much praise as it did.

It’s important to appreciate our history, even if it’s wrapped up in a science fiction space yarn. You can check out The Forever War here. 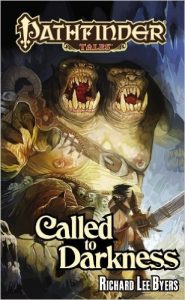 Called to Darkness by Richard Lee Byers was third in line, as I wanted some fantasy to balance out the science fiction.

I’ve written before that I love the Pathfinder Tales line of fantasy novels because they consistently provide a fun and entertaining read. Called to Darkness is no exception.

There is a frost giant that slaughters a tribe of humans. The lone surviver pursues the frost giant deep below ground in order to seek revenge. There is a shaman and snake people, and all sorts of fantasy goodness in between.

It’s very much a plot-driven novel, so it reads like an RPG on rails, but that doesn’t sweep away the enjoyment. Turn you brain off and enjoy a Tale of a giant hunt.

You can get Called to Darkness here. 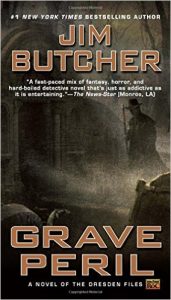 Grave Peril by Jim Butcher was the fourth book I read. Grave Peril is the 3rd book in the Dresden Series, which I have also written about before.

Harry Dresden is a wizard set in modern day Chicago who consults with the Chicago PD Special Investigation unit to solve strange crimes.

Grave Peril isn’t the best in Dresden Series, but it’s still darned fun. Jim Butcher is a total bro, so he’s not writing to make people think thinky thoughts, he’s throwing in vampires and ghosts and modern day knights to give people a fun read.

You really should check out the Dresden Files if you haven’t done so. You can find Grave Peril here, but I suggest you start with Storm Front, the first in the Dresden series. 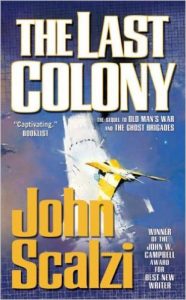 The Last Colony by John Scalzi was the next book I read. The Last Colony is the 3rd book in Scalzi’s Old Man War series. Coincidentally, Scalzi had written the forward for the updated edition of The Forever War, which is fitting as John Scalzi is undoubtedly one of the preeminent science fiction writers of today’s generation.

All the books in the Old Man’s War series are entertaining reads that are full of wit. The Last Colony is a nice addition to the series as it is the story of a colony that is stuck in the middle of the politics and war that are created by the race to settle the universe.

It’s excellent science fiction with engaging characters and imaginative tech and combat. You can get The Last Colony here, but if you aren’t familiar with Scalzi, start with Old Man’s War. 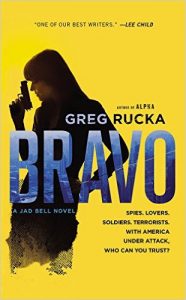 Bravo by Greg Rucka was the last book I read, finishing it on the plane ride home.

Bravo is the followup to Alpha, which is the tales of Jad Bell, a Delta Force operative who thwarts terrorist attacks. And it reads fast. The action is great, so you quickly turn from page to page.

A blurb on the back of the book says, “Read Greg Rucka. It’s that simple. Open one of his books and what you’ve got is a fistful of dynamite.” That sounds so darned cheesy, but I have tell you, it’s accurate.

If you like Seal Team 6 type stuff, then you’ll like Bravo. You can get Bravo here or you can start with Alpha, which is the first Jad Bell book.

There you have it, some recommendations for nerds who are looking for some fluffy and fun reads. You have fantasy, science fiction, and more. Happy reading!