We sometimes like to spotlight one of the more interesting fantasy and science fiction nerdlebrities. We did it before with the gloriously interesting Patrick Rothfuss.

But what kind of world would it be if we simply rephrased their Wikipedia pages and called it day? Goodness, that would be colorless and bland. So this will be slightly silly in places and straight-forward in others, but you’ll also get a nice introduction to the author John Scalzi. And you should know John Scalzi. 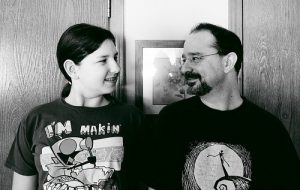 John Scalzi is a popular science fiction author and genuine nerdlebrity. Mr. Scalzi is perhaps best known for his book Old Man’s War, which is about 10 years old at this point. Old Man’s War (and don’t try to abbreviate it to “OMW” as autocorrect changes that to ‘On my way!’) has several sequels that have further fleshed out the universe that Scalzi built.

Old Man’s War is a quick and engaging read, so it’s a perfect place to start if you are interested in trying some of Scalzi’s work. You can get it here for about $6.

John Scalzi is a Hugo award winner. Mr. Scalzi has several books that are independent of the Old Man’s War universe, perhaps the most notable is Redshirts. In fact, Scalzi won a Hugo award for Redshirts. As well it should have, as it’s full of Scalzi’s identifiable wit.

If you are familiar at all with popular science fiction tropes, then you can probably figure out the big idea of Redshirts. (You can get it here.)

John’s beloved cat was named Glaghghee and was famous online as BaconCat, so named because Scalzi once taped bacon to him back in 2006, well before cat videos became a thing. This got Ghlaghghee written up in the New York Times and Wired.

John now has two kittens, Thing One and Thing Two, who have their own Twitter: The Scamperbeasts.

John Scalzi is a  millionaire.  Scalzi signed a 10-year book contract last year and has been transparent about it in the hopes of bringing a greater understanding of the economics of sci-fi/fantasy publishing.

Specifically, Scalzi signed a $3.4 million, 10-year deal with Tor Books that will cover his next 13 books. So he’s doing pretty darned good for himself and acknowledges that his contract was out of the norm. Also, he has a history of sticking up for the rights of budding authors, both online and in print. 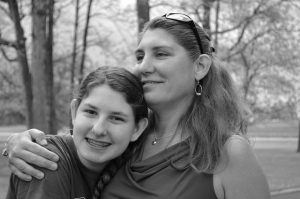 John Scalzi is a family man. If you follow Mr. Scalzi even with the most remote of remoteness, you’ll still be treated to the frequency at which he dotes on his wife, Kristine. There is a genuine love he has for his wife and it’s easy to see that he credits her with pretty much everything good about himself or his life. It’s touching and admirable.

John and Kristine have one daughter together, Athena, and Mr. Scalzi equally dotes on her. He’s a family man, through and through, and his public persona shows nothing except that’s he’s a good and decent human being. Good on him.

John Scalzi is WHATEVER. Mr. Scalzi has been the sole proprietor of the blog Whatever since the 90s, which was well before blogs were even a thing. Whatever is Mr. Scalzi writing about…well, whatever.

It’s an excellent blog and worthy of following it in your daily feeds (along with Nerds on Earth, off course). In fact, Whatever is so consistently cheeky and pithy that the blog content has been curated into several books, one example being Your Hatemail Will be Graded.

You can find Whatever here and I highly recommend it, as it’s a nice way to get yourself some lols as you follow along with one of science fiction’s most popular authors.