Mars One is a Dutch organization on a mission to Mars. In April 2013 they asked for volunteers to take a one-way trip to the Red Planet. Despite the clear and obvious certainty of death inherent in such a mission, the organization received over 200,000 applications.

Listen, when humans are willing to leave the only planet they’ve ever called home to face certain death in space, it’s a pretty clear sign that we may be at peak enthusiasm with traveling the stars.

I can relate. I’d kill for a single space flight and I’m a cranky curmudgeon who doesn’t really like to leave his house. I may or may not be joking that on my wedding day I just sat in the car to read a science fiction novel, taking a break here or there to text my wife about how it was going. “Hey, hun, how’s the reception going? Cool. Txt me if you need me, I’ll be in the car reading Scalzi.”

So sign me up for that sweet zero G space mission. 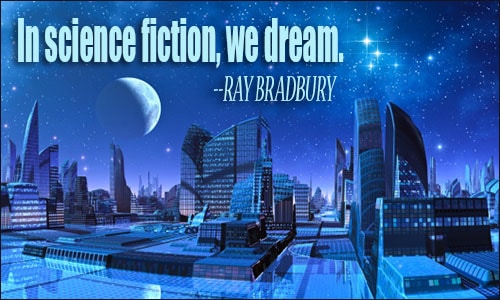 Us nerds obsessed with traveling the stars. Does our love of science fiction relate in any way to this celestial wanderlust?

Science fiction resonates with all dimensions of the human experience, yet in a fantastical and imaginative setting. It is highly detailed scenario-building set far away places, yet written in the form of stories. The plots, storylines,action sequences, settings, drama, and characters (human or otherwise) make us nerds dream for the stars.

Personally, I’m stoked for the upcoming Starfinder roleplaying game, particularly because of the starships and opportunity to meet new beings from strange new worlds. But Starfinder is merely the latest science fiction setting to call out to me, as I’ve been hooked since I was a kid.

Maybe it is because we hope not to be alone and insignificant in the vastness of the multiverse. Maybe we’re all being “called” to the stars by some celestial other, drawn to a mission to discover that which is greater than us. But I don’t want to make this too weird.

But the mystique, mystery, and mythology of science fiction certainly have captivated us nerds.

I shared my fascination with science fiction, I’d love to hear yours. Simply click over and join us on Facebook. Maybe even share some of the science fiction works that have most captured your imagination.