Would an actual time machine be too much to ask for? Science fiction authors have been given us time travel for decades, so is it too much to ask actual scientists to at least pull together a prototype or something? I’m not even particular, use duct tape if necessary.

I mean, for reals. I feel like scientists are lounging on the couch in sweat pants, watching their stories while they eat Bon Bons. In comparison, science fiction authors are taking their lunch money by cranking out incredible story after incredible story.

In fact, H. G. Wells gave scientists a blueprint for how time travel could be done when he wrote The Time Machine decades ago. I mean, seriously, it’s right there in the title.

Wells pictured time travel as a vehicle, parts of it being “nickel, parts of ivory, parts had certainly been filed or sawn of rock crystal… quartz, it seemed to be.” It looked more like a bicycle than an automobile, considering that in 1895, the automobile barely existed.

So if H.G. Wells could travel time on a bicycle in 1895, why can’t scientists in our modern age? Well, one scientist actually made an effort. Thanks to Albert Einstein in 1935, time travel got a theoretical model at least. All you have to do is accelerate to near light speed or through a powerful gravitational field, and—for you—time will slow. Einstein called this Zeitdilatation, or time dilation, but other scientists never got off the couch long enough to turn it into a working time machine like H.G. Wells had already done. 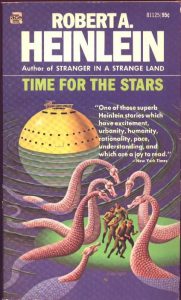 Besides, Einstein’s work wasn’t nearly as handy as an actual time machine. For one thing, there’s no going back like Marty McFly. And going back would be useful from time to time. (Get it?) So it was up to authors again. Robert Heinlien produced a strong showing. In his 1956 novel Time for the Stars, Robert Heinlein put time dilation to work on twins, Tom and Pat.

Humanity took to the the stars. Off went Tom on a spaceship while Pat stays behind. When Tom returns as a 22-year-old lad, his twin, Pat, is a codger of 89, because 71 Earth years have passed. Then they live relativistically ever after. (Get it?)

One more example: Christopher Nolan’s 2014 blockbuster – Interstellar – takes Einstein’s time dilation to a new level. It also features Matthew McConaughey, which is nice. When McConaughey blasts off for the stars, he leaves behind his 10-year-old daughter, Murph.

“Time will change for me,” he explains. “It’ll run more slowly.”

Murph is a precocious scientist herself. “You say science is about admitting what we don’t know,” she remarks wisely. By the time McConaughey returns from his marvelous jaunty at near light speed and near black holes, he has aged hardly at all. 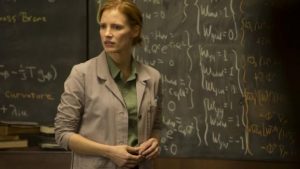 Christopher Nolan and Matthew McConaughey figured out time travel by using counter-orbital slingshots for fancy gravitational dynamics and–best of all–they used a wormhole. Why can’t scientists find us a wormhole?

Are wormholes real? Well, the great theorist John Archibald Wheeler, who also named black holes, invented the word to describe a possible shortcut through the warped fabric of spacetime and visualized it as a tube or a tunnel. Later theorists, like Kip Thorne, who won the Nobel Prize in physics this year, have speculated that a “traversable” wormhole could be used as a sort of time machine. His plan is that one end (“mouth”) of a wormhole could hypothetically be accelerated to near light speed, and a hypothetical spaceship entering that mouth and exiting the other could be hurled backward to the past. 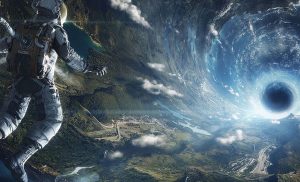 See? Real scientists can make plans for time travel! The problem is they never actually do it, despite my consistent emails begging them to speed things up (Get it?). Meanwhile, science fiction authors get things done and turn our time-twisting desires into real page turners.

Sure, some scientists might say that folks like Christopher Nolan relied on a certain amount of mumbo-jumbo. The haters! But to be serious for a moment, the best time travel stories respect real science, too. The problem sometimes is telling which is which.