As it turns out, these caves have more than one occupant…and at least one of them is heading right for the party!  Still stinging a bit from the combat in Episode 109, how will our adventurers handle even more foes?  Find out in Episode 111: Buggane Out.

As a voice echoes down the passageway behind them, the party faces yet another mysterious open cavern. 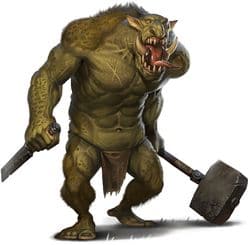