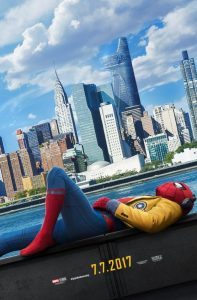 When Sony announced that they wanted to reboot the Spider-Man franchise again, film critics and comic book film fans all collectively sighed. Again? The last one crashed and burned badly under poorly developed scripts and a desperate attempt to shoehorn EVERY villain in the Spider-Man rogue’s gallery into one film. (Oh, you forget Academy Award winning actor Paul Giamatti played Rhino? Good for you. I can’t wipe it from my mind.)

But in that darkness, someone at Sony realized that they could share the Spider-Man character with Marvel’s wildly successful cinematic universe and likely make way more coin together than keeping the properties apart. And when we got the debut of Tom Holland as Spider-Man in Captain America: Civil War last summer, hopes rose. There was a chance that we may get a good, thoughtful Spider-Man movie.

Spider-Man: Homecoming has lived into and fulfilled those hopes.

In general, the movie is smart, well done and at its core understands Peter Parker and Spider-Man. Tom Holland is tremendous in both roles and it is largely his work in the role that makes the movie fantastic. Without him, it may have been a good movie still. But with him, it moves the film into another level. But there are some other things that advance and move the film into the top 5 of Marvel MCU movies that are worth examining. 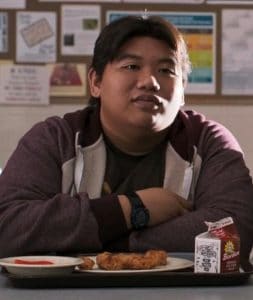 They moved the franchise into the modern era. You could argue that in the past, the Spider-Man movies were technically set in the modern world, but to be honest, the special effects were about all that were updated.

There was a rigid, unwavering connection to the original source material that harmed trying to tell a story in the modern world. For instance, technology plays a prominent part of this film, as it should. Unless Peter Parker is suddenly becoming Amish, he would completely be a tech geek.

His presence at a magnet school centered on STEM is a wonderful decision and it plays out in many ways; Flash Thompson being a cyber-bully for the movie is a little disconcerting but it is believable given the context of a modern high school, particularly for the arts. Peter’s buddies, especially Ned, played by Jacob Batalon, helps even more to drive the story forward.

They were willing to update everything. So, when Michael Keaton was cast and it was revealed that he was playing the Vulture, especially on the heels of his Oscar nominated performance in Bird-Man, eyes were rolled. But, honestly, they made the Vulture into a really compelling villain, probably second best in the MCU to Loki. He is equal parts frightening and relatable. He isn’t a psychopath on a rampage, but even in seeing his reasons and justifications, he is a villain. And they use him as a lynchpin to introduce some other characters from Spidey’s villain list. And while there were concerns that Spidey getting a Jarvis-like AI in his new Stark suit would be too much, it was a wonderful way to give Peter another character to play off of, without Ned being his slovenly overweight friend working the computer. 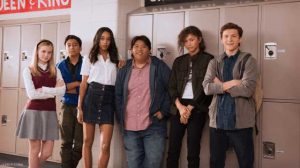 They were effortlessly diverse. Seriously, there isn’t a high school in America with a science focus that is as white as the high schools in the previous Spidey movies. And the temptation would be to make it forced and shoehorned in but it doesn’t feel that way. These characters are real and they go to school other and interact in the way you would think teenagers interact.

That approach makes the film more believable and, again, more modern. And, for the first time, I believe that this Spider-Man is a high school sophomore, not a 25 year old actor pretending to be because the studio was scared of giving the role to an age appropriate lead. (Holland is 21 at the time of the film’s release and looks younger.)

Spidey is funny. If your Spider-Man isn’t a mess of emotions, wise cracking against the bad guys while being secretly terrified, you have lost the essence of the character. Peter is on a mission because great power does come with great responsibility; but it doesn’t mean that it doesn’t frighten him and make him show that anxiety in his wisecracks. And the rest of the humor in the movie is stellar. There are some fantastic one-liners that probably slipped by in the first viewing. This movie is going to be eminently rewatchable thanks to the comedy in it. And if you stay all the way to the very end, you get the best post-credits scene in terms of humor thus far. 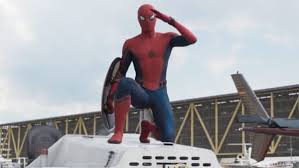 They just let parts of it rest (and serviced the fans). What would have wrecked this movie is another repeat of Spider-Man’s origin story. At this point, if people don’t know it, they don’t care to. They deftly gave the “how” in a couple lines of conversation with Peter and Ned and they just hint at the Uncle Ben parts without even saying anything else about it. But they also gave some epic Spider-Man moments their on-screen debut. All in all, they could not have asked for a much better relaunch of the Spider-Man franchise.

And finally, like a mid-credits scene, there is time for some wild speculation after the review. Ready? Spoilers for the film from this point forward.