Marvel movies are my favorite things. And it’s not just me: they continue to be a box-office Juggernaut and have grown to be a movie franchise on the scale of Star Wars.

We’ve written before of the “Marvel method” that has created a shared universe that hadn’t been seen in cinema before. Each movie builds upon the next, yet each one stands as an enjoyable movie on its own. This goes from “Phase 1” that began with Iron Man, way back in 2008 and extends through “Phase 3” that will finish out this decade.

Phase 3 started with Captain America: Civil War, an unbelievably good film that was designed to create a huge fissure in the superhero community.

Phase 3 continued with Doctor Strange, a movie that hit theaters on November 4, 2016. Benedict Cumberbatch brought the character to life, introducing audiences to a wholly different magical side of the Marvel that had previously been science based until this point.

Below is what nerds worldwide get to look forward to: 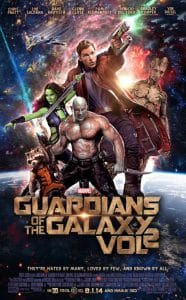 What do we know about Guardians of the Galaxy, vol. 2? The first was was considered a huge gamble by Marvel to introduce lesser known characters, such as a talking raccoon and a living tree.

Guardians 1 becoming a worldwide smash has emboldened Marvel to add characters to vol. 2 and go bigger with the story. Kurt Russell plays a living planet, for example.

It has the same writing a directing team and the trailers make it clear that it will include the same humor and sweeping action.

What do we know about Spider-Man: Homecoming? Well, the title is a feature in the cap, for starters. Spider-Man has been rebooted several times, but when Marvel fans heard that Marvel got the character rights back from Sony, there was a collective nerd cheer heard ’round the world.

Spider-Man was recast and written into Captain America: Civil War to prepare him for Spider-Man: Homecoming, which will be wholly written and produced by Marvel Studios, not Sony.

Of particular note is the fact that this current iteration of Spidey will take him back to his high school roots. Feast your eyes on this trailer:

What do we know about Thor: Ragnarok? Well, we know a lot of interesting tidbits about this movie, but we have little idea of how it will come together. Here they are, bulleted for your pleasure!

Marvel marketing has been doing fun and clever little videos that tell the “behind the scenes” story of what Thor was doing during Civil War. They are absolutely delightful. See for yourself:

What do we know about Black Panther? being that it’s still a year away, we know next to nothing about the story and are a long way away from a trailer.

But we have a cast photo and a teaser here and there from the set.

The character Black Panther was introduced in Civil War. The film will take the story back to Wakanda, but we don’t yet know much more than that.

What do we know about Avengers: Infinity War? The main thing to know is that it is the same creative team of Captain America: Winter Soldier and Captain America: Civil War, the absolute two best Marvel movies in my opinion.

Now that Civil War created a rift in the superhero community, Infinity War should be something so large that it pulls them all back together, in order to battle a common foe. That foe is Thanos. Thanks and the Infinity Stones have been sprinkled throughout multiple Marvel movies, leading up to Infinity War.

Literally every hero is likely to be in the movie. If you are a nerd and you aren’t at least an eensy bit excited about Avengers: Infinity War, I don’t know what it would take to turn you on. 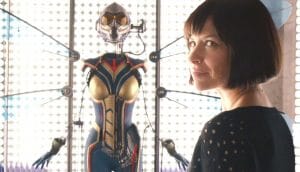 What do we know about Ant-Man and the Wasp? Ant-Man was another hit for Marvel. It established another B list character as a legitimate hero plus the fact that is heist movie positioned it in a slightly different genre than other Marvel movies.

But what fans got really excited about was the reveal of a superhero costume for Evangeline Lily in the closing moments of the film. Marvel didn’t build the movie universe they did by being dummies. they knew an opportunity when they saw one and quickly rejiggered their Phase 3 schedule to accommodate a second Ant-Man movie.

This one will feature the Wasp! 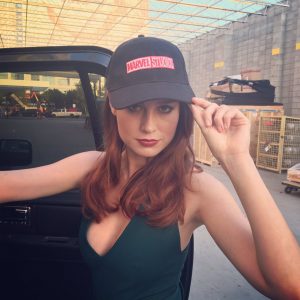 What do we know about Captain Marvel? This movie will be the first Marvel movie to feature a female superhero as the only name on the marquee.

Marvel cast Brie Larson as Captain Marvel, proving that they are serious about this film. She’s an Academy Award winning actress, showing that Marvel is attracting the very talent into their films.

Fans are assuming an origin story fro Captain Marvel, but we really don’t know anything yet and the film is a while from even starting to film.

What do we know about the second Avengers: Infinity War? Next to nothing. really, we only know that  the story is so big that it is split into two films. That said, we don’t even know if the story is broken into two parts or if they stand alone in some capacity.

Hold your horses on Phase 4. Marvel hasn’t said a peep about it…yet.

A Shopping List for a Brand New Dungeon Master