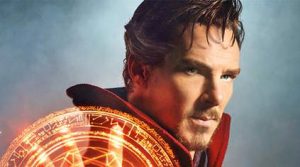 A decade ago, you would be hard pressed to find many people that would bet on a successful universe of movies set in the Marvel comic book universe. Certainly, Marvel was smart enough to tease Nick Fury and the Avengers at the end of Iron Man. But it was a long term bet.

And, in case you have been in a decade long coma, the bet paid off. Marvel’s Cinematic universe is now the unchallenged dominant force in all of cinema in the current world. And Doctor Strange is the latest bet that they can keep the universe going.

Doctor Strange needs to be grouped with some other movies that most would consider longshots. While Captain America and The Avengers are easier to get the movie going crowds to, ideas like the Guardians of the Galaxy, Ant Man and Doctor Strange are the studio taking their vast array of intellectual property and take a shot at it. And thus far, they haven’t really had a miss.

Doctor Strange in particular is an odd choice. Even at his height of popularity, you’d look at him as an odd ball character that didn’t quite fit in. Since his original title, he has never been able to really sustain an ongoing title. And a comic book movie based on a character comic book nerds don’t themselves fully embrace? That feels risky. So did it pay off?

First, there are some incredible ways that this movie does pay off. Doctor Strange is unique in that his battles, his place of attack involves the mystical, magical part of the Marvel Universe we haven’t seen much of. How you take those ideas and translate them to the big screen stood to be a challenge. And, without a doubt, that challenge is met. The artists in this movie were smart to mesh the mystical with the physical. We see both happen at once. In places it is a straight ahead martial arts fight and at other places we get Inception level weirdness as the whole world twists on its axis. If they had done either alone, it would have suffered. Someone was smart enough to say “Let’s do both” and that choice pays off.

Second, the casting is, for the most part, tremendous. The side characters of Wong, Mordo and even the villain whose motivation we don’t quite understand are well cast. Rachel McAdams as Strange’s love interest/anchor to the “real” world is great. And Benedict Cumberbatch is okay; I don’t find him to be stellar or awful. And, honestly, I don’t have a healthy recommendation for who else could have done the role. But I wanted more than passable. (And it is a fair criticism to talk about how they cast Tilda Swinton in a role that would historically be an Asian character from the comics. While I do think she gives a great performance, it felt like Marvel was getting gimmicky and wanted a certain actress rather than a compelling story angle.)

The special effects and sequences are amazing. After seeing this in 2D, I wanted to immediately see it in 3D. The comic world of Doctor Strange is weird, cosmic, trippy; if it wasn’t drug induced, it is from the imagination of men who wanted that kind of world to exist. When the danger of it is it all seeming hokey, they nailed it and made it compelling. 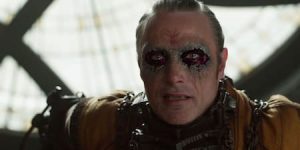 But the movie does struggle in a couple ways. Mads Mikkelsen is a stellar villain in some ways; his work on Hannibal will convince you that he can break bad and majorly. And the basic plot of this story is that he is a sorcerer who has broken bad in service of an overwhelming force that eats universes. So, there are moments where it is a lost motivation. Which isn’t to say that this is a new criticism of Marvel. They are building a universe of mighty heroes with a universe of lukewarm super-villains that make the audience go “meh.” You take away Loki and the whole universe has yet to create a substantial, significant bad guy. (And because of Loki’s popularity, they will wind up twisting that.) The audience deserves more than “Trust us; the hero should be fighting this bad guy.” And, in the movie, it doesn’t fully deliver on that promise.

And to revisit the grouping of this film with the Guardians and Ant Man, this movie just doesn’t have the investment that those films had in humor. Now, to be clear, this isn’t a DC Universe movie completely removed from any joke ever. But when the biggest laughs come from a saucy, non-speaking Cloak of Levitation, it just felt like there was a piece missing, despite the rumored humor injections. And they did recognize that difference and move this movie to later release date than the previous two, which both used late summer target dates to propel themselves to huge box office numbers.

Doctor Strange: How Does It Measure Up?

Doctor Strange isn’t the best Marvel movie. But it didn’t and doesn’t have to be in order to be successful. But it also is a far leap from Marvel’s best. A 7 out of 10 Nerds.